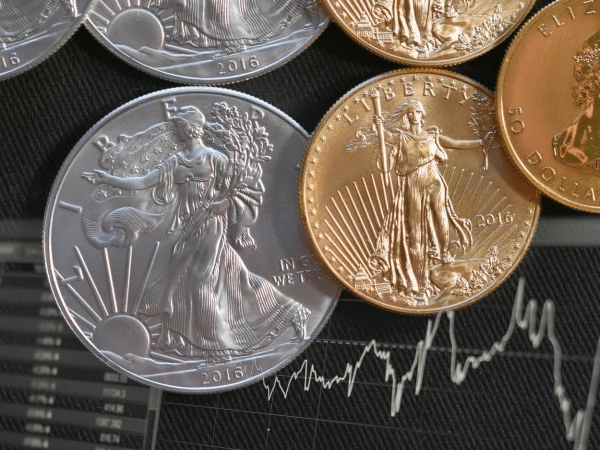 This week, Your News to Know rounds up the latest top stories involving gold and the overall economy. Stories include: Silver looking to outpace gold, why gold’s price gains might just be getting started, and gold is set to outperform U.S. stocks yet again.

As gold searches for new records, silver is looking to move up even faster

After breaching its all-time high, it only took one event to send gold flying past $2,000 with extreme force. That event came in the form of a massive explosion in Beirut, one that many believe was a targeted attack due to its timing in the midst of a tension-ridden trial.

The geopolitical unrest sent gold to $2,020 almost immediately on Tuesday, and the metal kept climbing to reach as high as $2,060 on Friday before settling lower. The climb is looking to be prolonged as demand for safe-haven assets peaks amid depreciating currencies, low or negative interest rates and a stagnant global economy.

According to numerous analysts, the need to spur an economic recovery could also make room for some unexpected action in the silver market. While the metal has hit a seven-year high and has seen no shortage of demand from investors, industrial needs could possibly cause the metal to outperform gold if the recovery assumes a steady pace.

The notion is supported by historically undervalued silver prices in comparison to gold, along with presidential candidate Joe Biden’s green infrastructure plan, which would make heavy use of silver. In a note published last month, Citi’s analysts stated that the renewal of manufacturing activity is already driving silver prices higher.

“During bull markets for both metals, fleet-footed silver often ascends faster than its heavier, more expensive cousin,” said Ned Naylor-Leyland, precious metals fund manager at Jupiter Asset Management. Like fellow analysts, Naylor-Leyland expects both metals to continue doing exceedingly well as investors look for safety and reassess their positions. “There is plenty of upside for both gold and silver, in our view and … for silver to continue to outshine even gold,” he added.

Gold’s price might seem dizzying, but the uptrend could be in its earliest stages

In a recent analysis, Bloomberg’s John Authers poses an unusual question: at $2,060, is gold overpriced, or severely underpriced? Being an asset unlike any other, barring other precious metals, the question might seem daunting.

To tackle it, Authers refers to gold’s “fair value”, a straightforward way of gauging what the metal’s price should be in any given environment. The fair value idea was put forth by finance veteran and founder of ByteTree.com Charles Morris.

When taking all of these factors into account, gold’s recent price spike is better interpreted as a correction towards its fair value. More importantly for gold investors, however, the fair value seems considerably far off from its current valuations. There is little doubt that gold is in a bull market right now, yet following the fair value model, it remains considerably underpriced compared to the previous bull market’s peak from 2011.

This tells Authers that the metal has plenty more room to go up, especially considering the differing driving forces. In contrast to late 2011, funds appear to have had a negligible influence on price movements so far. Likewise, the broad entry of retail buyers which tends to start pushing a bull market towards its peak is nowhere in sight.

As Authers notes, the biggest threat to gold’s run would come in the form of the Federal Reserve suddenly assuming a hawkish stance. Last summer, the Fed turned dovish after years of sporting a persistently hawkish rhetoric. Considering the Fed’s actions, policy changes and statements so far this year, the upwards correction in the gold market might be a lengthy one.

SocGen: Gold could soon abandon its correlation with stocks as the latter plummet

The past few months have seen gold and stocks move upwards in an unusual, yet fundamentally understandable way. Gold, the normally slow-and-steady performer, outpaced all other asset classes even as the S&P 500 notched its strongest July in a decade.

The correlation between gold and stocks formed as investors sought to hedge their bets during unprecedented uncertainty and in a stimulus-driven stock market, yet it could soon be abandoned, and not in equities’ favor.

In a recent note, SocGen’s team said that gold, unlike stocks, doesn’t appear to have much in terms of headwinds. On the other hand, speculative concerns about Joe Biden’s corporate and capital-gains restrictions could harm the equity market long before November. Past that, risk-on assets are facing plenty of other challenges down the road.

“If economic conditions continue to deteriorate and the Fed is forced to seriously consider negative policy rates, the read-across could be negative for equities, especially via the financials channel,” said the team. “It would be reasonable to expect dips in gold to be bought at the same time by investors in an increasingly uncertain environment.”

Highlighting the favorable landscape for gold, Pictet Asset Management’s Luca Paolini said that his firm is also bearish towards the greenback. Irrespective of the outcome of the election, Paolini stated that pervasive worries over U.S. growth and the ballooning budget deficit are reason enough for the dollar to continue on its downwards trajectory.

“But we remain overweight gold — the most attractive defensive asset given liquidity-induced inflation risks, weaker U.S. dollar expectations, increased geopolitical risks and uncertainty of the pandemic,” he added.