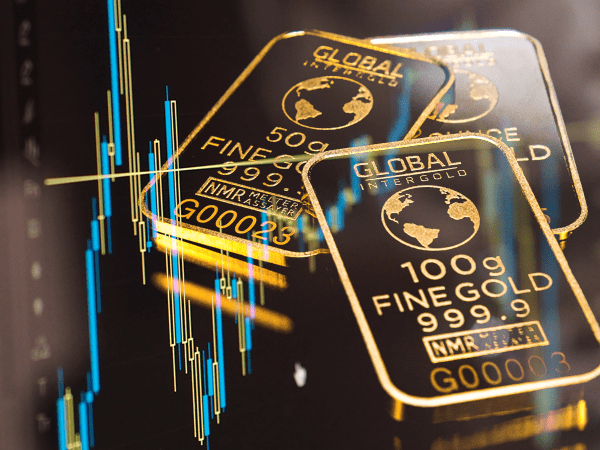 This week, Your News to Know brings you the latest stories involving gold and the overall economy. Stories include: Fear creeps back into stocks while shining a light on gold, Goldman Sachs sees gold reaching $1,450 by next year, and China’s love affair with gold heats up on property riches.

Fear creeps back into stocks while shining a light on gold

To Forbes contributor Frank Holmes, the recent stock selloff is a good example of why every investor could benefit from a 10% portfolio allocation to gold. The fall, which saw the Dow experience its sharpest drop ever and the CBOE Volatility Index reach its peak, reminded investors that the stock market isn’t invulnerable.

Holmes thinks that, above all other factors, inflation expectations might have been the culprit behind the record plunge. All of the major inflation gauges show that inflation is trending up after a long hibernation, and investors might be growing increasingly weary of price explosion brought on by higher wages.

Inflation is, on its own, a powerful enough catalyst to give gold a significant boost, as the metal is among the few assets that allows investors to preserve capital in an inflationary environment. According to BCA Research, gold has already benefited from inflation concerns, and a bearish downturn in stocks during the second half of 2019 could see the metal posting more gains.

Given the amount of fear and volatility in the markets, Holmes isn’t sure we will need to wait that long. Whichever the case, he feels it’s good to remind investors that gold remains the best-performing asset over the long term, having even beaten stocks during a 20-year period. Adding to this multiple periods of gold outperforming all other assets since 1971, Holmes feels investors have no excuse not to hedge their bets with a significant-enough gold allocation.

Goldman Sachs analysts have significantly upgraded their prediction for gold. A recent Kitco article states that, while the bank had previously forecasted gold moving in the $1,200-$1,225 range, they now expect the metal to reach $1,350 in three months, $1,375 in six months and $1,450 by next year.

According to their latest report, increased demand from emerging markets is the key driver behind higher gold prices, having allowed the metal to post gains even amid higher bond yields.

“The ‘normal’ relationship would say that gold has to go lower as real rates rise, since as a non-yielding asset there is less reason to hold gold in a higher rate environment. However, as EM growth has recovered, so has their gold demand, leading to an upward level-shift in the equilibrium gold price,” said the bank.

Other tailwinds include stronger currencies from emerging markets against a weaker dollar, higher inflation breakevens and the need for a hedge in a volatile market.

Besides noting that further drops in equities would result in a spike in gold prices, the analysts predicted emerging-market growth will trend above 6% for the year, giving a boost to household wealth and stimulating consumer-driven gold purchases. This was shown towards the end of 2017, when global jewelry demand reached a strong 650 tons in the fourth quarter, driven primarily by emerging markets.

China’s love affair with gold heats up on property riches

While traditionally a stronghold of gold demand, a Bloomberg article writes China’s jewelry purchases have recently surged on the back of a property boom. The rally in the real estate market, along with expensive stock valuations, has helped boost the wealth of affluent Chinese gold buyers, giving rise to even higher bullion demand.

Data from the China Gold Association shows that China’s gold jewelry demand rose by 10% last year, reaching almost 700 tons. Demand for ornaments represented 60% of the nation’s 1,090 tons of gold consumed in the year and amounted to a third of the global jewelry demand.

China’s jewelers are feeling the effects of the frenzy, especially given the approaching Lunar New Year. Chow Tai Fook Jewellery Group Ltd., the world’s largest jeweler by sales, saw its profits jump more than 40% in the six months through September, with sales in mainland China growing by 16% and those in Hong Kong and Macau growing by 13%.

“We’re still optimistic for the coming year, even though we have a high base,” said Kent Wong, the firm’s managing director. “The trend of growth will continue.” Wong added that, as opposed to just decoration, Chinese buyers are also turning to gold jewelry as an investment.

Given China’s share in demand statistics, heightened buying from the Asian nation could boost gold prices globally, aided by dollar weakness and inflation fears in the West. Jeffrey Currie, global head of commodities research at Goldman Sachs, said that the rise in Chinese wealth and the related uptick in emerging-market demand are unprecedented and have allowed gold to prosper in a difficult environment.

Mariana Kou, an analyst at brokerage CLSA Ltd., said that China and Hong Kong could see single-digit growth in same store jewelry sales this year, driven by better consumer sentiment and an unusually long Year of the Rooster which amplifies gift buying.