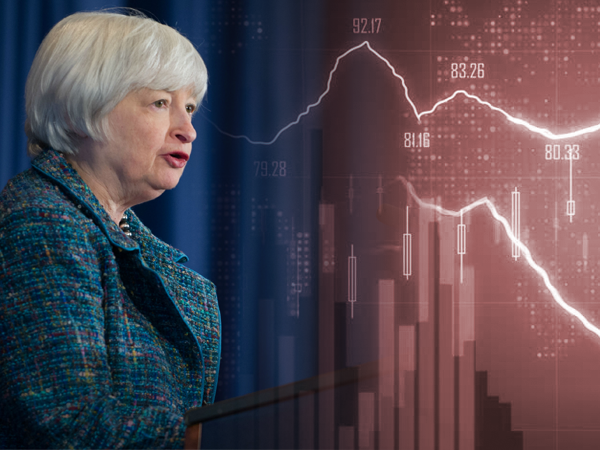 Since last year, Janet Yellen has been preaching a surprisingly hawkish Fed policy gospel. But now, she’s changing her tune. Should we be worried?

The Fed’s primary goal right now is to reach a state of “neutral” policy by undoing the extreme measures it put in place after our last major crisis. This is why we’ve heard Yellen take such an ambitious tone in past months — defending the Fed’s two recent rate hikes, calling for more hikes before the year’s end, and preparing to wind down the Fed’s balance sheet (which equates to a “passive” rate hike).

But suddenly, Yellen’s comments are starting to move in the opposite direction. In her latest testimony before Congress, she was less enthusiastic about pursuing more rate hikes this year. What about the balance sheet reduction? She still didn’t give us a firm answer on when it will begin.

Let’s examine a few potential reasons why Yellen is cooling down her comments, and why Americans should be cautious.

Yellen’s Side of the Story

According to Yellen’s prepared statements, the backtracking we’re witnessing on the Fed’s normalization agenda has nothing to do with poor judgement or a misreading of the economy. She explains that the cause lies in external factors outside the Fed’s control.

Yellen says market forces are pushing the “neutral rate” lower than the historical norm. That is to say, if you believe the official numbers, the Fed is already close to a neutral policy position — without the need for more new hikes in 2017, despite the central bank’s support for that strategy just weeks ago.

And Yellen isn’t alone. Many members of the FOMC are having second thoughts too. But should we trust their explanation? Perhaps there are more serious reasons for their policy pullback…

3 More Realistic (and Worrisome) Explanations for this Policy Pullback

While Yellen and members of the FOMC point to arcane technical metrics to justify their change of heart regarding how fast the Fed normalizes its policies, these three alternative explanations are both more realistic and more troubling:

1) The Economy Is Weaker Than We Thought

If the economy was truly in the condition Yellen has been claiming, the Fed would be moving full steam ahead on more rate hikes like it previously planned. But the fact that Yellen and members of the FOMC are beginning to tone down their plans implies that the economy is far more fragile than they’ve revealed to the public.

Markets usually tend to cool off when the Fed tightens policy. It’s simple economics. But that hasn’t been true for the Fed’s most recent actions. Stocks have continued climbing, as well as bonds and other asset classes.

This strange behavior is concerning Fed officials, primarily because it suggests we may be inside a policy-resistant bubble. If markets ignore tightening Fed policy — and if the Fed moves forward anyway — it greatly increases the risk of a damaging crash.

3) The Balance Sheet Wind-Down Will Hurt Worse Than Anticipated

After inflating the Fed balance sheet to previously unheard of levels and keeping rates near zero for almost a decade, officials must delicately orchestrate a move back to normalized policy. This is the first time in history the Fed has been forced to undo such an extreme easing policy. And officials have to move slowly and carefully, or the consequences could be severe.

Policy normalization is required from the Fed on two fronts: interest rates and the balance sheet.

The economy’s reaction to rate increases is somewhat predictable. But nobody knows for certain what will happen as the Fed starts unwinding the largest balance sheet it has held in history.

That said, it’s possible that Fed officials are realizing that the balance sheet reduction is going to be more difficult than they once thought. And that could be a big reason why they’re shying away from additional rate hikes.

JPMorgan CEO Jamie Dimon elaborated on the risks at the Europlace finance conference in Paris:

Dimon explains that rate hikes are a moot point; it’s the balance sheet we should really be worried about. For the most part, a strong economy can overcome the challenges of rising interest rates. And Fed officials do their best to ensure the timing is right when rates are raised.

On the other hand, balance sheet reduction is a total black box. The Fed knows in theory what should happen when the balance sheet starts winding down, but we don’t have any historical data to predict how the economy will respond.

When the Fed actually starts selling off securities, Dimon says all bets are off:

“When that happens of size or substance, it could be a little more disruptive than people think,” Dimon said. “Whatever it will do, no one knows what it will do – because ‘it never happened before.’”

“We act like we know exactly how it’s going to happen, and we don’t,” Dimon continued. “You cannot make things certain that are uncertain.”

The Fed is clearly struggling to maintain control over the economy. There’s simply no other explanation for why officials would champion such an aggressive tightening agenda only to abruptly abandon it months later.

Regardless, you can expect the Fed to slowly but surely continue pursuing normalization, although at a significantly slower pace than once anticipated.

But remember, we’re currently living in the third longest bull market the U.S. has ever seen, and we’re long overdue for a correction. Meanwhile, the Fed is embarking on a quest to undo the largest experiment of monetary easing in history. Even if the Fed tightens policy at a crawling pace, it could still be too fast for the economy to handle.

And what happened the last time the Fed tightened policy too fast? Look back to the early 1980s, and you’ll find your answer: The economy instantly slumped into a recession. Stocks, bonds, and nearly every other traditional investment instrument took a nosedive. But gold prices did the exact opposite.

Now, history may be about to repeat itself. And once again, physical gold and silver could be the smartest way to hedge yourself against the monumental risk of a Fed-fueled downturn.