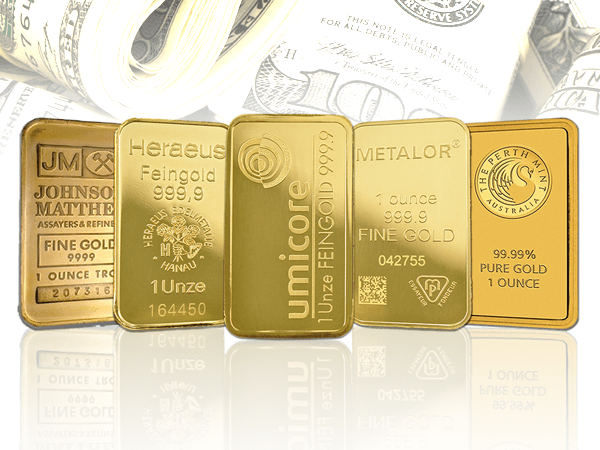 This week, Your News to Know rounds up the latest top stories involving the gold market and the overall economy. Stories include: Gold prices will shine as equity rally fades, gold is taking back its crown from bitcoin, and Germany continues to set the gold standard.

While many analysts saw the soaring stock market as gold’s biggest competitor in 2017, one top gold fund manager believes the bull run in stocks is finally fading. John Hathaway, senior portfolio manager at Tocqueville Asset Management, said in a quarterly letter to investors that a steady reversal in stocks is already underway, as evidenced by the S&P 500 ending its first quarter with a loss of over 1.2%.

Along with a peak-to-trough decline of 10%, Hathaway sees enough signs that the historic run is coming to a close. He believes that this will be followed by a change in investment strategies among investors, with a shift towards safe-haven assets such as gold.

Given the magnitude of the upcoming correction, Hathaway expects gold to gain up to 50% this year. The fund manager also sees a change in rate hike forecasts, which will be signaled by a slight jump from gold’s current price levels.

“Should bullion begin to trade above the 12-month range currently capped at around $1360, it will signify that the Fed’s dot plot is due for an overhaul. We write this note in anticipation that an overhaul of mainstream expectations is long overdue, and likely to occur in the remainder of calendar year 2018,” he said.

Hathaway added a bearish long-term outlook for the dollar to the list of gold’s tailwinds, expecting the greenback to tumble due to rising U.S. debt and inflationary pressures.

Strategist: Gold is taking back its crown from bitcoin as best defensive play

After topping two-year highs over uncertainty in the markets, multiple strategists agree that gold has more room to run. Boris Schlossberg, managing director of FX strategy at BK Asset Management, told CNBC that the metal is re-emerging as the best defensive play after briefly competing with bitcoin for the spot.

The cryptocurrency gained prominence in late 2017 due to a massive increase in price, which attracted both short- and long-term buyers. Yet with a loss of more than 60% since December, Schlossberg believes bitcoin can no longer compete with gold as a store of value. In contrast, gold has slowly trended up since its December 2015 lows and has gained 28% during the stretch.

Chris Verrone, head of technical analysis at Strategas Research Partners, believes that gold’s recent gains are years in the making. “This improvement in gold is now about 4 or 5 years old,” he said. “We have this big base that’s been taking shape really since late 2012.”

Verrone said that a breakout past $1,375 an ounce would be a sign that gold prices are heading for new highs. Given gold’s recent momentum and the trend of higher lows over the last two years, he and his team are confident that the metal will pass this resistance level.

Germany has the second-largest bullion reserve in the world

A recent gold exhibition from the central bank of Germany served the primary purpose of increasing transparency in regards to the nation’s gold reserves. However, Handelsblatt’s Frank Wiebe notes that the display also showcases Germany’s long-held appreciation for tangible gold.

Although the country’s disposition towards bullion is commonly tied to the days of the Weimar Republic and its infamous hyperinflation, Germans’ love of gold is much older. Folk sagas and Richard Wagner’s 19th century opera show a fascination with bullion going back centuries, and it’s one that is alive and well today.

After storing its gold hoard abroad for decades, the Bundesbank decided to repatriate close to 700 tons of bullion in 2012. Wiebe speculates that the move stemmed from skepticism surrounding foreign storage methods as well as the questionable accountability of payments surpluses within the eurozone.

Whichever the case, Germany now holds half of its 3,400 ton gold reserves in its own vaults. While having the second-largest gold hoard in the world is certainly impressive, there is more to Germany’s bullion than meets the eye. As Bundesbank officials like to boast, Germany holds 70% of its foreign exchange reserves in gold. When comparing this to China’s 2% and Switzerland’s 6%, one quickly gets the idea of how important gold is to the German government and its people.