The biggest funds in the U.S. haven’t made a move like this since 2001, and every American should understand why. 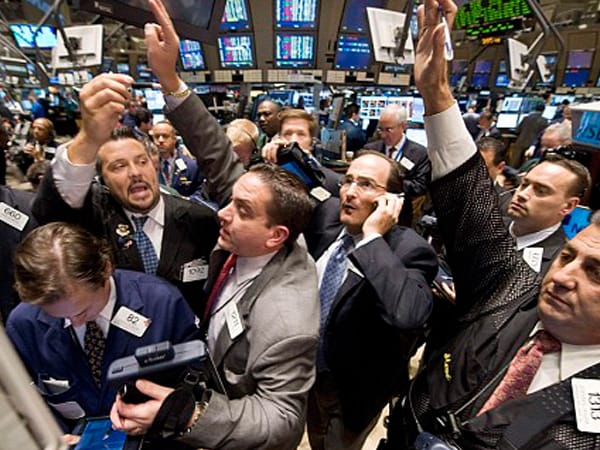 There’s a telling trend right now in the cash reserves and hedging behavior of the most prominent fund managers in the country. Actually, it’s more than just a trend; that would be an understatement. What’s happening to investor cash reserves and equities hedging right now hasn’t happened in nearly 15 years.

But more on that in a second. First, here’s a quick question:

If you knew with relative certainty that the market was set for a major correction, what would your first response be? Stocks are currently rallying, and the talking heads are sounding pretty upbeat. But your due diligence tells you something’s afoot.

You probably wouldn’t be looking for new “safe” stocks to park your money in. No matter how safe they seem, only a fool would willingly hold positions in equities when they believe that some kind of downturn – no matter how big or small – is waiting around the corner. You’ve heard the expression a rising tide lifts all boats. Well, the inverse is true too.

You’re smarter than that, which is why you’d probably start making a few contrarian moves with your savings. Or better, you might start hedging against the market with precious metals and other investments that generally act counter to the market. It would be the common sense thing to do, right?

This is exactly what fund managers and investors are doing right now… en masse. In fact, per a recent survey report from Bank of America, cash reserve levels and equities hedging haven’t been as high as they are now since 2001.

Barron’s writes that the surveyed fund managers were documented as holding an average cash position of 5.8%, and the report from B of A cites anything above 4.5% to be a strong bearish signal. Furthermore, the percentage of panelists who said they’ve taken out tail risk hedges was higher than ever before in the survey’s history.

Two key points about the report come from Money Control: First, the survey participants consisted of 195 panelists responsible for managing a total of $537 billion; second, 2001 is simply the year this data started being tracked, which means nobody can rule out the possibility that it’s been even longer since there has been such a monumental move of caution.

Don’t miss this crucial detail about the hedging element of the survey: We can say Americans are hedging risk more than they ever have since 2001 because that’s how far the data goes back, but that statement alone doesn’t tell the whole story. Within the timeframe between 2001 and 2016, the most notable spike in hedging happened in 2008, preceding the major crash of 2009. The fact that hedging activity is greater now than in 2008 is the real headline here.

So why are all these huge funds and commercial investors getting so antsy? They’re attempting to read the tea leaves in central banking activity, and what they’re seeing doesn’t inspire confidence. $12 trillion in debt spread across the global economy and ongoing uncertainty surrounding interest rates doesn’t help the situation either.

“Record numbers of investors saying fiscal policy is too restrictive and the first underweighting of equities in four years suggest that fiscal easing could be a tactical catalyst for risk assets going forward,” said Michael Hartnett, chief investment strategist at Bank of America.

Where does this leave individuals like you and me?

As we move into the second half of 2016, it could be wise to take a cue from the behavior of the market’s biggest funds. If you haven’t already secured an appropriate portion of your savings in a safe haven investment, this shift implies there’s no better time than the present.

Cash is a perfectly fine way to ensure your wealth isn’t subject to the whims of the market, but it’s never going to shield the purchasing power of your dollars from inflation. Ultimately, in times like these, gold is still the premier vehicle for wealth preservation.

What will happen if this EU giant falls? Read here.