Home » Blog » Is George Soros Right? China is in a Severe Currency Crisis?

Is George Soros Right? China is in a Severe Currency Crisis?

As China’s currency continues to suffer, billionaire investor George Soros has called it a crisis. Will it be able to make a comeback? 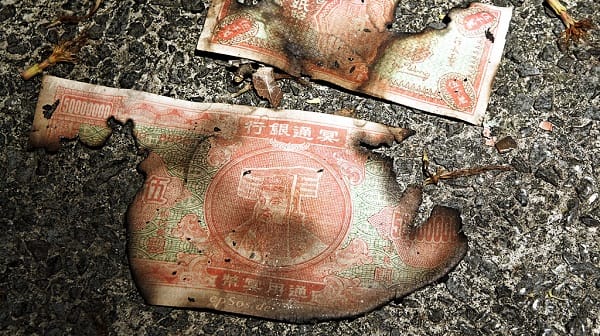 Whatever you think of the aging, hyper-successful investor, George Soros, it is a given that when he speaks about currencies, people listen.

Soros is known for his bet against the British pound, which forced Britain to withdraw the currency from the European exchange rate mechanism in 1991. He also was on the right side of the Asian currency crisis in the late 1990s, in Thailand and elsewhere. He speaks with authority when it comes to economic crises.

“A hard landing is practically unavoidable,” Soros told Bloomberg Television last week on the sidelines of the World Economic Forum in Davos, Switzerland. “I’m not expecting it, I’m observing it,” he said, referencing his outlook for China, reported by Marketwatch.

It seems the Chinese were listening intently to the billionaire investor’s comments, and he definitely has their attention. “Soros’ challenge against the renminbi and Hong Kong dollar is unlikely to succeed, there is no doubt about that,” said a government official in an opinion piece widely cited by several media outlets.

The problem with the official statement is that China is rapidly slowing when it comes to economic growth. China is still an export-dominated economy. They have attempted multiple times to transition to a more consumer-based system, but it just hasn’t happened.

Instead, wealthy Chinese are moving their money out of the Chinese economy. Capital flight is enormous at this point; most of it is heading to the United States, by the way. There will be a hard landing in the Middle Kingdom. Soros is right: We aren’t predicting it, and we are seeing it with our own eyes.

Chinese officials can pump central bank money into the markets, they can attempt to support their currency with their foreign reserves, they can put sellers of Chinese equities in jail, but they can’t change the underlying fact that the Chinese model, which worked for decades, is no longer working. There are too many inefficiencies. Capital is not being efficiently allocated.

Managed economies don’t work. They never have, they never will.

With that being said, where does China go from here? The simple answer is China may not have the political will to enact the reforms that have to be installed before their economy can successfully transition to the next phase of development.

It’s not just China. Russia is having the same issue, although in a slightly different format. The Kremlin can’t transition from its hydrocarbon-dominated economy, ruled by oligarchs siphoning off all the profits and stealing from social spending.

The bottom line is that we are seeing the logical conclusion to bad management and bad policy from several large economies on the global stage.

China just happens to be the second largest in the world… at the moment anyway. Although the Chinese-oriented component of the American economy is rather small — as far as exports are concerned — economic instability and uncertainty in China can and will affect American and European financial markets, as we are currently seeing today.

A hard landing in China will have unforeseen consequences to global markets, especially in Western capitals where sovereign debt is also at unsustainable levels. There almost certainly will be further devaluation in the yuan.

Social unrest could follow in China as more and more wealth evaporates.

It’s important to understand that although this is happening in China, all world markets are interconnected… and markets HATE uncertainty.

Until the world can get their financial house in order, paper assets are at risk. And that’s precisely why it’s imperative to ensure that YOUR financial house is in order. If you haven’t devoted at least a portion of your savings to a hard, tangible asset, now may be just the time. And for free information on how to get started with gold, go here.

What’s China’s next likely move for the shiny yellow metal? Find out here.