Home » Blog » These Giant Companies are Struggling. Is this the Real Indication of Something More Troubling?

These Giant Companies are Struggling. Is this the Real Indication of Something More Troubling?

The mainstream media claims the economy is great. But then why are all of these industry giants failing? 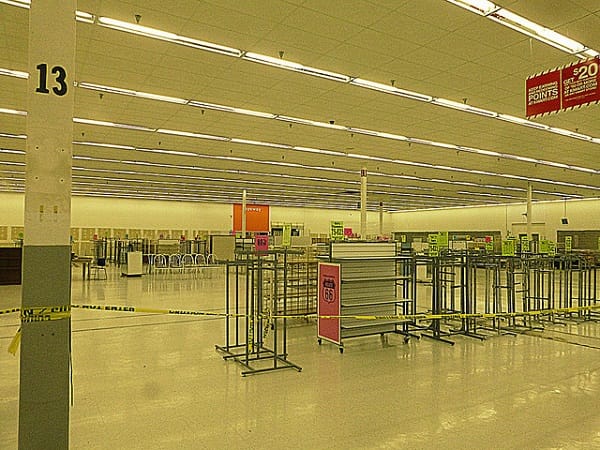 Despite the mainstream media running headlines like “Nowhere to go but up“, the numbers coming out on the health of the economy tell a different story.

To be sure, there are some companies doing well at the moment; the media has a field day parading around the likes of Google (now Alphabet), Facebook and Amazon.

But the success of these businesses cannot be considered a leading indicator of a strong economy.

Facebook’s share price could go to zero or triple; it would be hardly any reflection of the state of the U.S. economy. The same goes for Google.

At least Amazon is an online retailer, so it does reflect consumer spending. But the online retailing giant is a diamond in the rough in the current economy; with the sophistication of automated systems and technologies on the rise, the company saw 23% growth in sales last quarter.

But it isn’t all roses for Amazon. Out of its $25.4 billion in sales last quarter, it squeezed out only $73 million in profit. This is an extremely low profit margin, hence why it is killing off competition in the traditional retail space, which needs to cover expenses such as wages and rental costs.

This increase in competition among retailers is visibly taking its toll on some of America’s signature retail outlets. One prime example is Radio Shack, which will be closing down many of its 2,400 stores.

Even Walmart is suffering. Last week, the giant saw its stock price dive the steepest in 25 years as it sounded a profit warning to the market. The company also publicly stated it is losing out to Amazon and will re-shift its focus to e-commerce in a bid to turn the tide.

In short, the former industry leader will now be playing catch-up to the online leaders.

Another industry seeing a giant in decline is fast food. In a recent survey, the franchisee owners of McDonald’s, the undisputed king of fast food for decades, showed that they overwhelmingly believe the company is “facing its final days” as sales continue to plummet. In an effort to stem the tide against them, the company has announced the closure of 700 stores.

Yet the mainstream is ignoring all the warning signs, and are now touting that McDonald’s is on an uptrend and is a buy. This is how disconnected our markets and media have become from reality.

And it isn’t just the giants of retail and fast food that are on the decline.

In the financial sector, Morgan Stanley has posted unexpectedly poor results, with both revenue and profit declining more than anticipated. And they’re not alone, with other financial powerhouses posting lower-than-expected results for Q3, such as JP Morgan, Wells Fargo, Bank of America, Goldman Sachs and Citigroup.

In the industrial sector, Caterpillar just announced that it forecasts sales to fall even further next quarter due to weak demand. And this is in the wake of 34 consecutive months of declining sales. Yes, 34 months straight!

So how on earth are stocks still generally maintaining their current levels? Easy: At least for the time being, a record number of companies are buying back their own stock. But this can only go on for so long; eventually, reality will set in and the market will rush to the exits.

When many of these giant companies fall, will you be prepared? If you haven’t already, now is the time… before it’s too late.

The silver supply is also really struggling to keep up with demand. What will this mean for the future of the meal? Read further here.