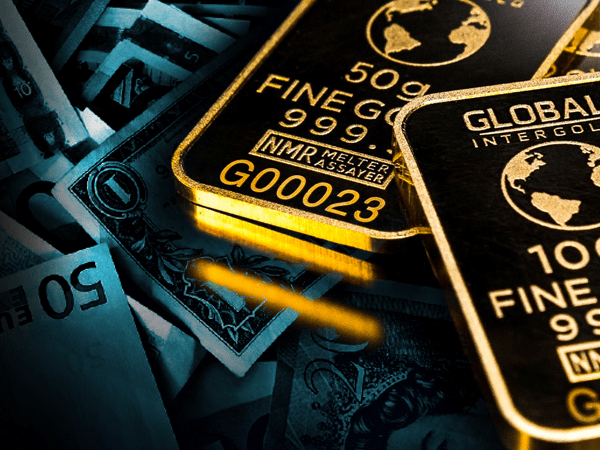 This week, Your News to Know rounds up the latest news involving precious metals and the overall economy. Stories include: Gold will save investors from sinking global currencies, gold is the winner of trade wars, and family stumbles upon $24,000 gold nugget while walking their dog.

Gold Will Save Investors From Sinking Global Currencies

The relative stability of reserve currencies, along with their viability as a store of wealth, will soon be placed into question as governments around the world crumble under the weight of national debt. That is according to Sprott CEO Peter Grosskopf, who recently published a note warning investors of the impending crisis.

Although it rarely makes headlines, an article on Kitco reports the $184 trillion of global debt is perhaps the biggest threat to the world economy since the invention of fiat, and an ever-expanding one at that. While representing only a small portion of that figure, the article states the $22 trillion of U.S. debt should be of particular concern to domestic investors, along with the fast-approaching $1 trillion of federal deficit. Pundit projections state that a national debt of $24 trillion will mark the beginning of an economic catastrophe.

Although economists universally agree that there is no easy solution to the debt issue, Grosskopf warns that such a solution is precisely what central banks will opt for. He suggests this will likely come in the form of Modern Monetary Theory (MMT), a form of ultra-loose fiscal policy that will essentially give countries free reign to print as much money as needed to stimulate growth.

Grosskopf, like others, believes that this will erode currencies even faster, as hyperinflation is one of MMT’s many issues. Not coincidentally, gold has historically acted as the premier hedge against currency debasement and all other forms of economic fallout.

Grosskopf thinks that fiat could ultimately make way for gold’s return as a payment method. While it may not happen tomorrow, Grosskopf thinks investors don’t have time to waste when it comes to moving into gold, as MMT’s growing popularity means that we could soon see quantitative easing on an unprecedented scale.

Gold is the Winner of Trade Wars

A mere few weeks ago, the U.S.-China trade conflict gave off an optimistic look as both nations’ leaders met in order to reach a mutually-beneficial agreement. Since then, however, trade talks have deteriorated and most now agree that the two countries are in a full-fledged trade war.

Gold has not yet benefited from the looming crisis, as most investors are waiting to see which nation makes the next move and escalates the conflict further. Yet Gary Wagner, editor of TheGoldForecast.com, has little doubt that gold will be the true winner of the standoff.

In an interview with Kitco, Wagner explained how the trade war will affect all markets and spread into each sector. Although the 25% increase in import tariffs is meant to detriment China, it’s the average American consumer that will ultimately pay the price for the conflict. As Wagner notes, the added tariffs will have a significant inflationary effect as domestic manufacturers ramp up prices, strengthening gold’s long-term bullish case. The erosion of other assets as a consequence of the trade war will act as another tailwind for the metal.

Regarding short-term movements, the analyst pointed to $1,310 as a key resistance level to look out for, followed by the most recent high of $1,350 an ounce. To Wagner, either of these levels could be a signal that gold’s prolonged uptrend has begun.

Exciting finds of gold nuggets or centuries-old bullion are usually a result of hobbyists’ efforts to find interesting metal objects through the use of a detector. A recent discovery of a highly-valuable gold nugget in Australia, however, shows that gold can be struck when one least expects it.

According to the New York Post, while out walking their dog, a father from Bendigo and his two daughters accidentally stumbled upon a sizable gold nugget. As the father told a local news outlet, he initially walked past the nugget without noticing it before one of his daughters pointed to the precious object on the ground.

The object turned out to be a 20-ounce gold nugget, which would translate to around $24,000 at current prices. However, the father believes that the nugget’s value is considerably higher due to its collection value, and could help his family get out of some tough times.

The story comes less than a year after an amateur prospector found a seven-pound gold nugget while scouring the ground in the northern Goldfields of Western Australia. The retiree’s prize was the result of several years of metal detecting in the area. Although this nugget has been valued at $80,000, the Bendigo find will likely stand out more due to its unusual circumstances.