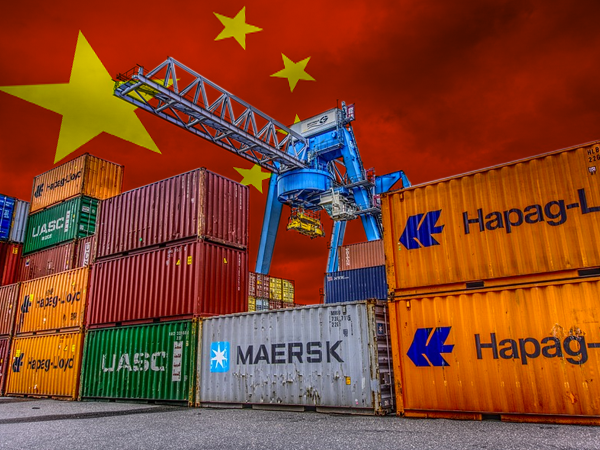 And the time to watch out is now because the U.S. just kicked over a huge “Hornet’s Nest.”

We’ve reported on the trade war tension with China a couple of months ago. Back then, the exchanges between the U.S. and China were more “tit for tat.”

According to NPR, starting on July 6th the Administration is enacting a 25% tariff on $50 billion of Chinese goods in the technology sector:

President Trump is enacting a 25 percent tariff on $50 billion of Chinese goods “that contain industrially significant technologies,” after months of exchanging threats amid concerns over a potential trade war.

U.S. Customs and Border Protection will begin to collect tariffs on the first $34 billion worth of Chinese imports on July 6. A second set of imports subject to tariffs is still under review.

This initial set of U.S. issued tariffs was in response to an alleged intellectual property theft.

And John Rutledge, CIO at Safanad, said in a recent CNBC report that these trade wars are “not pretend” any longer, and obviously have escalated (emphasis ours):

“This is a trade war. This is not a pretend trade war,” he said on “Power Lunch.”

“This is not something where people are just bluffing,” said Rutledge, who is also a CNBC contributor. “The tariffs have already gone into effect on some things and shortly will on others.”

POTUS has stated the U.S. would issue more tariffs if China were to retaliate. Well, it looks like China is calling the Administration’s bluff…

China Retaliates – “Eye for an Eye”

China’s Commerce Ministry has responded to the U.S. tariffs in kind, stating its measures will be on par with the U.S.:

“We will immediately introduce taxation measures of the same scale and the same strength.”

Retaliation like this should be expected. The U.S. can’t just expect to make one-sided demands in a trade war. Countries like China will fight back.

It works much like a negotiation, except with real consequences. For example, even though trade wars take time to catch up with the global economy, the impact last Friday was already being felt, with the Dow Jones Industrial Average down around 120 points by afternoon trading, after dropping as much as 280 points.

As of the moment this article is being published, the DOW had dropped a total of 651 points since Friday’s trade news.

This impact is likely due to investor’s lack of confidence in the markets. But now, the consequences of the initial trade “back and forth” also means we can no longer walk this back.

And that includes all of the progress made thus far, according to New York Magazine (emphasis ours):

China also said that “all economic and trade agreements reached by previous negotiations will be nullified” when the new tariffs go into effect. In one of those agreements, which was conditional on Trump not threatening new tariffs, China promised to buy $70 billion worth of U.S. agricultural and energy products — a trade-deficit reducing deal which Trump had prematurely hailed as a victory.

Guess the optimists like Steven Mnuchin were a bit off base when they thought these exchanges would be a good thing.

This likely won’t be the last trade war exchange between the two countries, either. In fact, China seems confident it holds the upper hand, insinuating POTUS is a “fool” for “building walls” instead of bridges for global trade.

On Monday China got more specific with its tariffs, listing what would be affected with the initial bunch including more than 500 categories of U.S. goods. According to the Guardian:

China’s proposed tariffs on more than 500 categories of US goods, a list more extensive than the one it released in April, appear aimed at hurting Trump’s Republican base before the US midterm elections in November. The list includes beef, poultry, pork, dairy products, seafood, tobacco and soybeans. China is the largest buyer of US soybeans. Beijing said it would also target $16bn of US products like coal, crude oil, natural gas, and medical equipment at a later date.

And while you can expect more from China, it appears some new challengers are also joining the trade wars.

The Administration also hit Canada, the EU, and Mexico with tariffs. The countries have vowed to retaliate in kind, bringing the trade wars to a fever pitch. Viraj Patel, a foreign exchange strategist at ING, recently warned, “The threat of a global trade war has moved to DEFCON 4.”

This new level of escalation in the global trade wars may threaten 2.6 million American jobs, and even paralyze the markets with investor fear.

In spite of this, there remains optimism that POTUS is “cooling the market” intentionally. This optimism is more likely to be denial of reality, however, as we’ve explored in other reports on different topics.

It’s Time to “Hunker Down” as the “Fever Pitch” Rises

While China and the rest of the world seem to be prepared to escalate this trade war with the U.S. to a fever pitch, your portfolio needs to be equally prepared.

Now that former optimism and protectionist trade policies appear to be backfiring, you don’t have to let your portfolio become collateral damage. Assets such as precious metals could be the perfect “padding” to prevent a hard landing.