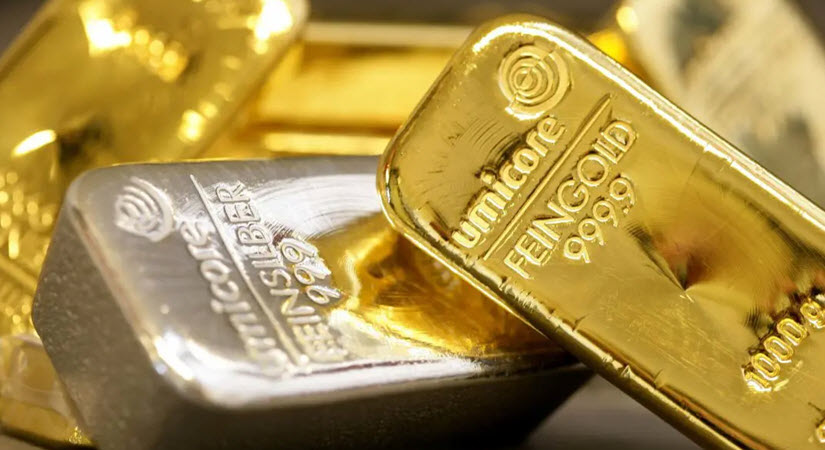 This week, Your News to Know rounds up the latest top stories involving gold and the overall economy. Stories include: Gold’s road back to $2,000, India’s gold imports reach a monthly record, and why silver deserves the commodity spotlight.

Rising bond yields could pave the way for $2,000 gold

In an interview with Kitco, Aberdeen Standard Investments’ head of exchange-traded products Steve Dunn spoke about why gold appears to find itself in temporary rut, and why the fundamentals could soon shift things in the metal’s favor. While hardly a precipitous fall, gold has inched downwards gradually from its all-time high of $2,070 set in August and is now trading around the $1,700 level.

The price downswing seems related to what Dunn describes as a crisis of faith among gold investors. Besides renewed risk-on sentiment across the board, investors were quick to take notice of the 10-year Treasury hitting a 13-month high of 1.77%, along with short-term strength in the U.S. dollar.

Dunn, like many others, thinks investors are once again eager to jump to optimism. Expectations of a robust recovery look uncertain, with questions and red flags in abundance. These include travel restrictions, an ongoing health sector crisis and the issue of a stagnant economy’s recovery speed (even in a best-case scenario) after last year’s crisis. Even more concerning, inflation expectations are soaring while faith in the dollar is eroding, which suggests that gold’s lack of counterparty risk could once again take center stage.

“It’s in the Fed’s best interest that rates remain low and the dollar weakens,” Dunn said. “Bond yields can continue to rise, but at some point in time that you’re going to get a Fed response. At what level that happens, I don’t know, but it will come. That is what everyone is waiting for.”

Dunn believes a 10-year Treasury yield of 2% is when the Federal Reserve will want to do something to keep its loose monetary policy going. If so, gold’s turnaround could be close, as the 10-year Treasury yield is nearly triple its 0.64% low in late May 2020. Aberdeen joins other forecasters who expect gold to return to a $1,900-$2,000 trading range before the end of the year before going on to post a new all-time high in early 2022.

Indian gold imports in March climb to a record 160 tons

Although gold had many tailwinds last year when it soared to a new all-time high, the normally strong support from India’s consumer sector wasn’t one of them. India was severely impacted by both the pandemic and subsequent economic crisis. The latest government data shared with Reuters by an anonymous source, however, suggests Indian buyers are making the most of the recent correction in gold prices.

India’s gold imports in March reached a record 160 tons, a 471% increase year-on-year. Various dealers have attributed the surge in imports to India’s slashing of import levies in February as well as a bid by jewelers to build up their stock.

While imports are projected to fall below 100 tons in April as the government struggles to get a grip on new virus cases, the $8.4 billion of gold imported this March compared to the $1.23 billion a year ago bodes well for the overall gold market.

The massive rise in imports has also made room for a quarterly record, with 321 tons of gold being brought into the country in Q1 2021 compared to the 124 tons over the same period last year.

India’s love for gold has been well-documented. Richard Davies’s book Extreme Economies explains some facets of this fascination. In the context of post-tsunami Aceh, Davies tells us:

Gold also acts as a kind of informal insurance mechanism. While some lost gold in the disaster, I met many survivors who were able to sell jewelry they were wearing… Wearing a gold bangle is like having enough cash on your wrist to employ a builder for a year… This traditional form of finance insulated Aceh and provided its entrepreneurs with rapid access to cash.

Regarding India as a whole, Davies explains one crucial role gold has played for centuries: ” A woman’s gold is both her personal treasure and plays a functional role as the family’s financial buffer.”

Looks like India has taken advantage of recent gold prices to restock their family emergency funds.

Mettalex CEO: Silver is standing out in an era of commodities

As the markets slowly turn to commodities, Mettalex CEO Humayun Sheikh has taken a particular interest in silver among different metals, precious or otherwise. Sheikh explained that silver’s high volatility compared to gold could make for a speculative investment that has plenty of safe-haven backing.

Sheikh said that silver’s upside is much stronger than gold’s relative to their downsides. During bullish periods, each 1% gain in gold tends to translate to a 4% gold in silver, while a 1% loss in gold translates to a less-than 2% loss for silver during bearish stretches. Sheikh used the example of the 2008-2011 run when silver outperformed gold by roughly 300% and hit a high of nearly $50.

Of course, volatility means risk, and Sheikh noted that silver’s safe-haven case isn’t nearly as strong as that of gold. From an industrial perspective, silver is always vulnerable to changes in technology such as manufacturing thrifting programs resulting in reduced consumption of silver. However, with these innovations being expensive and time-consuming to implement, Sheikh sees the industrial component of silver demand as exceedingly powerful.

“Looking at the current environment, unless we find something else to replace silver with, the precious metal will take out its all-time highs in the next five to seven years,” he said, pointing to the ongoing demand for renewable energy worldwide. Silver’s vital role in solar panel manufacturing is well-established. Recent advances in silver-zinc battery technology may make these smaller, more potent batteries a viable alternative to lithium-ion batteries. Based on these sources of demand, Sheikh predicts, “We would probably head back to the same levels around $45-$50 an ounce” within the intermediate term.