Will Gold Be a Top-Performing Asset in 2023? 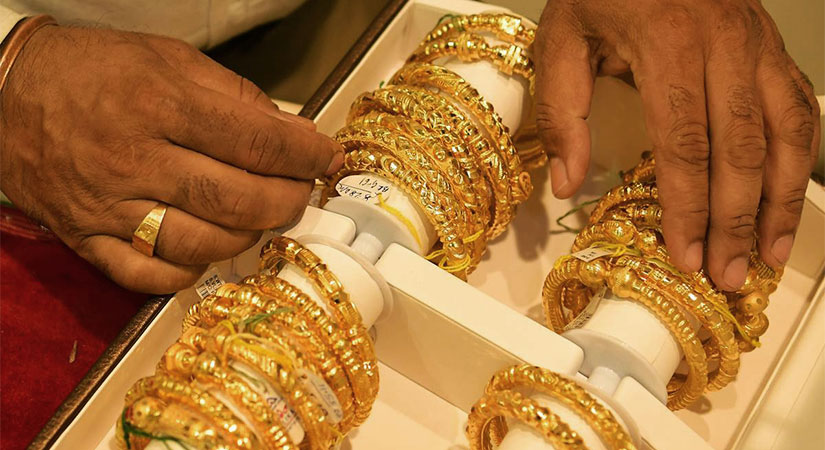 Image by Abhisek Saha on The Indian Express

This week, Your News to Know rounds up the latest top stories involving gold and the overall economy. Stories include: Stock brokers and politicians agree on gold’s good performance, the China gold buying mystery unravels, and India’s first ever gold ATM.

Investor Peter Schiff and politician Nigel Farage recently shared their thoughts on why gold is scheduled to emerge as an outperformer in 2023, and why it’s already doing what it’s supposed to. Both gold’s 50-day and 200-day moving averages show it outperforming inflation, the latter being something Farage refers to as a “disease of money caused by the government.”

Perhaps due to his status as a former politician, Farage is among the few in that group willing to admit that inflation is a permanent fixture. The two are bearish on inflation, with Schiff being more so and Farage likening it to just short of the 1980s and 1990s crisis. Despite a likely strength in the dollar, nations are expected to continue on their de-dollarizing bids. Another interesting story will be the development of the bond market in case the Federal Reserve has to raise rates much higher to deal with inflation. In Schiff’s case, he expects government efforts in this regard to be generally fruitless and an attempt to mask something that can’t truly be dealt with.

Interestingly, though both agree gold will do very well next year, they expect it to outperform in the U.S. dollar, the one currency it has been lagging in so far. Schiff said that investors still have faith in the Federal Reserve’s ability, though this could change rapidly if there is any indication that inflation can’t be kept in check.

Runaway inflation in spite of the Fed’s efforts would be a major driver for gold prices, should it occur as early as next year. The conflict between Russia and Ukraine is to remain another point to keep a close eye on. More sanctions on Russian gas and oil could further destabilize the eurozone and worsen its pricing crisis, all the more so if Russia decides to retaliate in some form.

Mystery no more: as the Japanese Nikkei outlet informs us, the People’s Bank of China (PBOC) made an official report regarding an increase in its bullion reserves for the first time in more than three years. Of course, the purchases refer to the record hoard of 300 tons bought in Q3, one that made for an alarmingly high official sector acquisition to most observers.

China, in this regard, is known for a few things. As the period between 2009 and 2015 placed on display, it’s far from averse to stockpiling bullion without official reports. Though its official hoard is supposed to be just short of 2,000 tons, some speculate that the real figure could be ten times as high. Why is China both buying gold in such amounts now, but also revealing it? Apparently, for reasons not too dissimilar to that of Russia. China wants wealth with no counterparty risk, both due to a bid to prop up the yuan globally but also to avoid the threat of any possible sanctions by the West if it elects to invade Taiwan or something to the tune.

Credit Suisse’s Zoltan Pozsar has some views on how Russia’s own gold situation could proliferate. Russia could respond to the recent $60-a-barrel cap by making a cap of their own: choosing to interpret Western sanctions by accepting a gram of gold for two barrels of oil. Such a response doesn’t seem too unlikely given everything that’s transpired so far this year, and would quickly bring gold to $3,600 from current prices of around $1,794.

This would worsen the ongoing and exceedingly related liquidity crisis that banks have been experiencing surrounding covering paper gold derivatives with bullion. The latter is already expected by some to send gold flying to yet-undetermined levels. Russia has so far responded that it will not accept the price cap even if it means cutting exports, though with the sanction being placed on Monday, the outcome of the scenario is far from apparent.

Whoever thought bitcoin ATMs are a neat idea is in for a surprise: India, or more specifically its city Hyderabad, has rolled out their first-ever gold ATM. The gold ATM is the product of local firm GoldSikka, and exchanges cash for gold in a way that might be the most convenient one to date.

GoldSikka’s vice-president revealed that the ATM stores coins weighing between 0.5 grams to 100 grams, with the heaviest coin being worth $7,000 around current prices. In total, the ATM can store up to 5 kilograms of gold, making it operational for a long time before restocking (depending, of course, on demand).

Though it sounds like a fringe idea, it’s far from one given the customs surrounding gold in India. The nation is the world’s second-largest gold consumer, and two thirds of this demand come from rural areas. Why? I have a theory about this, which I’m still researching and verifying, but basically it goes like this: in places without a solid track record of monetary stability, in cultures that have experienced recent political upheaval, citizens simply don’t trust “government money” so they seek out the historic, universally-accepted medium of exchange the world has fallen back on, time and time again, across the centuries: physical gold.

The ATM, which conducts transactions in under a minute, is going to service an array of clients more quickly and efficiently than a brick-and-mortar store or similar operation would. Though unclear what kinds of coins the ATM will hold, GoldSikka expects it to do well given local preferences, though with a buyers-beware notice in case of larger transactions being conducted.