Home » Blog » Why Gold is a Tool You Need to Understand 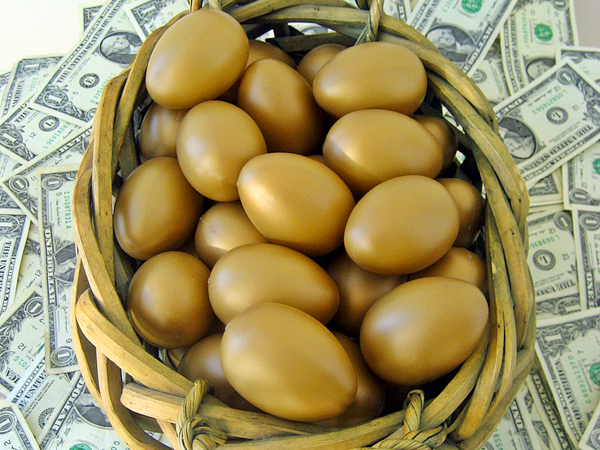 This week, Your News to Know brings you the latest stories involving gold and the overall economy. Stories include: Gold is a tool investors need to understand, two potential breakout catalysts for gold, and the mother of all bubbles is too big to pop.

Gold is a tool investors need to understand

For GraniteShares CEO Will Rhind, the current investing landscape is based on too much risk-chasing and not enough on protection. Talking to Kitco, Rhind says investors are quick to go after yields while ignoring gold and its role in a portfolio.

The metal suffers because of misinformation, said Rhind, as portfolio managers are unlikely to recommend it to their clients since they don’t understand its purpose. But a risk-heavy investment strategy, in particular, could benefit greatly from a proper allocation to gold.

“Gold is a tool you use that protects against disaster,” said Rhind. “You use gold to balance a portfolio that is weighted towards gains and risks in stocks and bonds.”

Rhind pointed out that interest in the metal is picking up and that it’s in a good position to break to the upside despite being stuck in a narrow trading channel in recent months. For this to happen, investors might need to wait for a further drop in equities, which have already shown cause for concern. A continuation of this trend could help gold break above the key psychological level of $1,300 an ounce on the back of safe-haven demand.

Clif Droke recently noted that there are two catalysts in the works that could give a boost to gold prices – one a long-term driver and the other a shorter-term spark.

The first catalyst is growing concerns over the state of U.S. politics coupled with rising inflation expectations. After a dip due to post-election optimism, gold has regained its momentum as many worry whether Trump’s tax plans can materialize in a beneficial way.

Along with other concerns over the Trump administration, this should guarantee enough safe-haven demand over the long run. On the other hand, inflation expectations could also provide support in the long run as investors show less appetite for money.

The second catalyst is a stock market that, after a lengthy record-setting run, might finally be showing signs of trouble. Droke says that more and more stocks have been making new 52-week lows, while the stock market shows strong signs of internal selling pressure.

This could facilitate a near-term rally as investors move to the safety of gold which, despite recently trading lower, remains closer to its four-year high than it does the low.

The mother of all bubbles is too big to pop

After correctly predicting the financial meltdown of 2008, money manager Peter Schiff returns with another prediction of a looming crisis. The difference however, says Schiff, is that the third global economic catastrophe of the 21st century won’t have an easy solution that central banks can turn to.

Aside from just predicting the disaster, Schiff says that he also called the government’s response to it, which only served to inflate the subsequent bubble. This time, the issue will be one of debt. To him, the Fed is merely trying to see how much debt it can accumulate before the bubble bursts. Making matters worse, the government also owes money to the people by way of bonds, an asset Schiff expects to become a liability.

Instead of defaulting on America’s sovereign debt, which could be slated to reach $25 trillion, Schiff thinks that the Fed will turn to money printing to pay it off. When this unfolds, bonds, stocks and real estate are all going to plunge while purchasing power gets wiped out, and most investors will be in for a rude awakening.

Gold and silver, however, won’t be among the victims of the collapse. Schiff feels that central banks have been blatant in their suppression of the price of gold, yet all the paper selling can’t mask physical purchases of the metal that show people are looking for an alternative. Distrust in currencies along with interest in gold continue to grow, says Schiff, and will at some point result in an explosion of the price of precious metals.