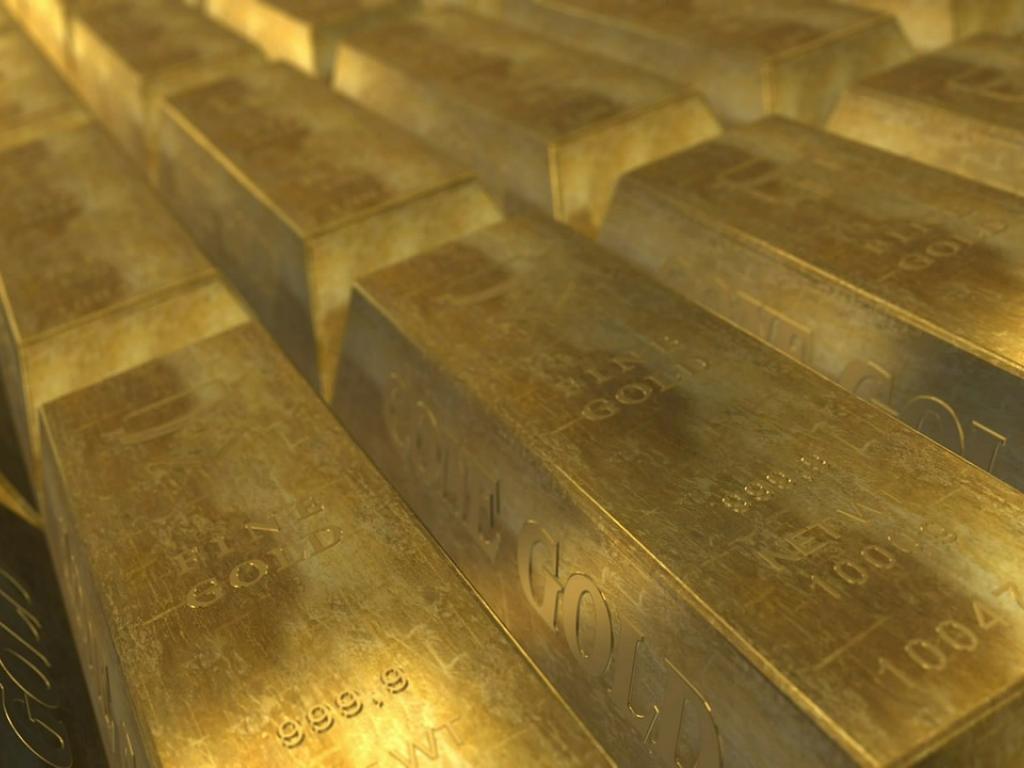 This week, Your News to Know rounds up the latest top stories involving gold and the overall economy. Stories include: A pro-gold reassessment of savings allocations is on the way, how a Biden presidency could boost gold through inflation, and treasure hunter opts for jail to keep his discovery of gold coins hidden.

In a recent web seminar held by State Street Global Advisors, two gold experts went over why November’s institutional outflows from the gold market are not only inconsequential for the metal, but also go against what participants can expect from funds moving forward. State Street Global Advisors’ chief gold strategist George Milling-Stanley and World Gold Council’s manager of investment research Adam Perlaky expanded upon the bullish prospects that gold is facing in 2021 and onwards.

While this year’s climb to $2,070 in August followed by institutional outflows and a subsequent pullback might look similar to the 2008-2013 run to some observers, that’s about as far as comparisons go. As Milling-Stanley notes, the five-year stretch was marked by heavy speculative interest and different fundamentals than the ones currently pushing the metal up. “Speculative interest” refers to investors who buy an asset with no intention of holding it long-term, instead looking to a short-term rise in price before selling. Speculators often trade in futures contracts and have no interest in the underlying assets.

Whereas fund managers had the option to adhere to the 60/40 stock/bond investment model a decade ago, Perlaky points out that the new and persistent environment of low to negative-yielding bonds has changed the landscape. A decade ago, savers bought U.S. Treasurys expecting the yields would at least pace inflation – alas, this is no longer the case. Milling-Stanley sees investors moving toward significant diversification into gold to hedge their bets, mitigate risk and include a safe and independent source of returns.

Milling-Stanley agrees with numerous forecasters who expect gold to have a fairly easy road towards $2,300 by the end of 2021. While recent developments have soothed the markets to an extent, both analysts note that the pandemic’s effects to the global economy are yet to be assessed, and that the drivers which began pushing gold prices higher last summer have only grown more exponential.

How Biden’s inflationary policies could drive gold up

Ever since trillions of dollars were pumped into the economy earlier this year, inflation expectations have been running high. We’ve watched gold climb to a new all-time high and continue trading at similar levels. At first, it might seem puzzling that the massive amount of stimulus has not yet caused a spike in consumer prices.

To Arkadiusz Sieron, the explanation is a fairly straightforward tale of pent-up demand. In the simplest terms, during times of crisis, consumers wait for uncertainty to pass before going back to their old spending habits. The same scenario is unfolding now. As the pandemic subsides, eager consumers will want to catch up on missed opportunities and flood the markets with the stimulus money the Federal Reserve printed this year.

There is also plenty to be said about the role banks play in the expansion of money supply on the consumer level. As Sieron notes, in contrast to the Great Recession, most of the money pumped into the economy was used to stimulate businesses that were, and continue to, struggle due to the lockdowns. As the lockdowns subside, consumers are expected to flock towards banks in search of loans of various kinds, creating an inflationary risk that Sieron believes is worse than that of the Great Recession recovery.

This all ties heavily into Joe Biden’s presidency and his administration’s monetary policy goals. In assuming office, Biden will have to take on an economy that was already in a state of contraction before receiving an unprecedented blow in the form of the pandemic. The sheer amount of public and national debt will also ensure that interest rates remain in exceptionally low territory, while real rates themselves have already dipped into the negative. When one adds Biden’s plans for another stimulus and a general affinity for printing money, it’s easy to see how the picture for gold grows brighter and brighter.

The case of deep-sea treasure hunter and researcher Tommy Thompson is as curious as that of the shipwreck whose gold hoard he was hired to find.

In 1857, the S.S. Central America sank somewhere off the coast of South Carolina while carrying 30,000 pounds of bullion during a time of gold rush. The loss created an economic upheaval at the time, and the colloquially-named Ship of Gold remained buried until Thompson found its location in 1988. An estimated $100-150 million in gold bullion was recovered, including an 80 lb gold ingot which sold at auction for $8 million.

Thompson’s journey to find the ship was funded by 161 investors who paid the explorer a combined $12.7 million to locate the wreck. After finding the shipwreck, Thompson and his partner relocated to a resort near Boca Raton, Florida, where the two lived until being arrested by U.S. marshals in 2015 after ignoring a federal court summoning order from 2012.

While Thompson admitted to ignoring the court order, which resulted in a $250,000 fine and two years in prison, he at first offered to settle his investors’ lawsuits against him by giving up a hoard of 500 gold coins he allegedly diverted during the salvaging operation. Since then, he has claimed that he has forgotten the coins’ location. Thompson, now 68, blames his health issues on misplacing the coins, though he previously stated that the coins were given to a trust in Belize.

Neither Thompson’s financers nor the authorities have lent too much credence to Thompson’s version of the story, and what would normally be a maximum 18-month stretch for refusal to cooperate has now turned into a five-year incarceration accompanied by nearly $1.8 million in fines. As both authorities and legal pundits have noted, Thompson’s refusal to assist in the investigation is particularly problematic due to the uniqueness and historical value of the assets in question.