Gold An Important Portfolio Diversifier as Demand Increases by 7% 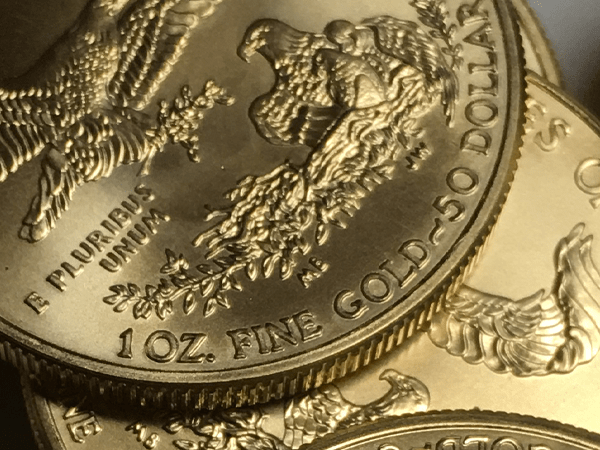 This week, Your News to Know rounds up the latest news involving precious metals and the overall economy. Stories include: Global gold demand rises by 7%, bullish gold wave is coming, and central banks continue their sky-high gold purchases into the new year.

In their analysis of market metrics for the first quarter of 2019, the World Gold Council took note of a 7% increase in global gold demand compared to the previous year, reports Kitco. The robust physical demand figures were held up by both investors and central banks, with jewelers once again leading the way with a total of 530.30 tons bought during the period.

Investment demand rose by 3% year-on-year despite the stock market’s surprisingly strong showings. Tech-sector demand for Q1 fell compared to last year, a decline that WGC’s analysts attribute to the ongoing trade dispute between the U.S. and China. The greatest increase in demand came from central banks, which upped their gold purchases by 68% compared to Q1 2018.

In a phone interview with Kitco, the WGC’s director of investment research Juan Carlos Artigas spoke about the stock market’s resilience and how it subdued gold prices in recent months. Artigas pointed out that geopolitical and economic tumult remain key drivers of gold demand, reminding investors of the benefits of portfolio diversification even during times of relative prosperity.

“While conditions look okay today, there are some people out there who are concerned about economic growth,” he explained. “Nobody knows if equities are going to go higher. This is the time you should start building a fully diversified portfolio.”

Gold prices held up last week against an inflow of positive economic data, which included optimism from the Federal Reserve and a better-than-expected jobs report. According to Kitco’s senior technical analyst Jim Wyckoff, gold’s lack of price movement when faced with headwinds hints that the metal was oversold and that selling pressure will subside moving forward.

Despite dismissals by Fed Chair Jerome Powell, Kitco states that market watchers remain unconvinced that persistently low inflation in the U.S. isn’t indicative of a deeper economic issue. While the Fed has thus far managed to avoid doing so, plummeting inflation could force the central bank to start cutting rates in what would be a definitively bullish development for gold.

Participants are waiting to scour April’s CPI data, scheduled for release next week, for signs that inflation in the U.S. is on a downwards spiral. Andrew Hunter, an economist at Capital Economics U.S., told Kitco that his firm thinks the Fed will have no choice but to slice rates before the end of the year.

Most analysts agree that gold’s tepid price movement in recent weeks is a temporary setback as the metal is still on course to capture $1,350 or higher. ING commodities strategist Warren Patterson said that gold will most likely close the year above $1,350 as signs of a global growth slowdown become increasingly difficult to ignore.

Gold’s recovery will hasten should either stocks or the U.S. dollar return to bearish territory, as the two have been the metal’s biggest hurdles as of late. Christopher Louney, a commodity strategist at RBC Capital Markets, said that price pullbacks like the one we are currently seeing represent attractive entry points on a long-term upwards trajectory.

Many analysts have wondered whether central banks can replicate their bullion demand figures from 2018, when governments around the world bought over 650 tons of gold combined. With just one full quarter behind us, Bloomberg reports that demand statistics for the first three months of 2019 already suggests that last year’s sky-high central bank gold demand could be matched.

Central banks bought a total of 145.5 tons of gold during the first quarter, marking not only a 68% increase compared to Q1 2018 but also the fastest pace of buying in the last six years. Alistair Hewitt, head of market intelligence at the World Gold Council, said that central banks clearly aren’t easing up on purchases compared to last year. The WGC’s report showed that Russia, Kazakhstan and Turkey remain top buyers as each country seeks to diversify away from the dollar. Besides standard buyers, the WGC noted that the trend of new countries and emerging economies taking an interest in gold continues.

The first quarter of 2019 saw Ecuador, Qatar and Colombia all make sizeable additions to their gold stockpile. As with regular buyers, the WGC believes that new entries to the market are motivated primarily by diversification, together with a desire to increase their gold allocation.

Central bank gold demand has played an important role in preserving gold prices, especially with last year’s record purchases. It remains to be seen if intense physical buying can combine with an increasingly questionable supply picture to have a palpable effect on prices in the near term.