Home » Blog » Gold and Silver Could See Sparks This Summer

Gold and Silver Could See Sparks This Summer 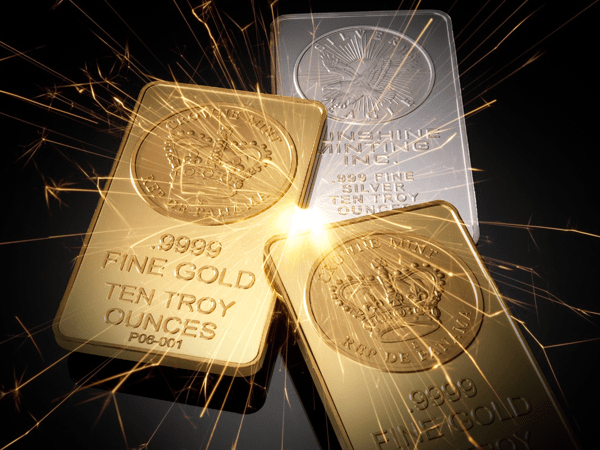 This week, Your News to Know rounds up the latest news involving precious metals and the overall economy. Stories include: Gold and silver prices could spark this summer, why silver can’t lose in the ongoing trade war, and massive $69,000 gold nugget discovered by amateur treasure hunter.

According to Kitco Metals’ global trading director Peter Hug, the precious metals market could see sparks this summer due to a potential supply glut coming from two of the world’s top mints. Talking to Kitco News, Hug explained that June and July tend to be the weakest production months for both the U.S. Mint and the Royal Canadian Mint.

According to the article, diminished production over the summer could very well lead to heightened premiums among retailers should investors decide to bolster their portfolios during times of lower prices. Although Hug lists $1,200 for gold and $14 for silver as key levels that would have buyers jumping at the opportunity to increase their bullion allocation, the scenario could unfold even at higher prices. The recent shortages of U.S. Mint Eagles and the subsequent spike in retail prices definitely lend credence to Hug’s prediction.

Hug also advised investors not to focus too much on gold’s movement in U.S. dollar terms, since the metal has been flourishing in markets whose currencies have depreciated against the greenback. Europe and Canada are examples of markets where gold has actually been rising in local currencies as the latter have fallen against the U.S. dollar.

While heightened volatility and an overbearing greenback have subdued domestic gold investment, there are signs of a reversal in the near future. The U.S.-China trade war and the Federal Reserve’s dovish U-turn are just some examples of why the U.S. dollar could be scheduled for a turnaround, which would bolster gold’s popularity among domestic traders.

Why Silver Can’t Lose in the Ongoing Trade War

In a recent column on Money Morning, analyst Peter Krauth pointed out that few assets were immune to selling pressure in the aftermath of the trade talk fallout between the U.S. and China. Although gold held steady, silver, crude oil and the S&P 500 Index all fell as investors faced a great deal of uncertainty. But despite silver’s pull down, Krauth thinks that the metal will ultimately emerge as one of the trade war’s clearest winners.

10-year Treasuries were the only asset to post gains as talks went sour, yet Krauth states that U.S. bonds are actually the most vulnerable asset in the current landscape. In March alone, China dumped $20.5 billion of U.S. bonds in what Krauth dubs as “stealth retaliation”. As significant as this is, the article states it could be only a prelude to a global market shift if China’s economy comes under duress due to the new tariffs.

As Krauth explains, in the event of an impending economic catastrophe, China could be forced to rid itself of an additional $1.13 trillion of U.S. bonds. Far from merely removing a safe-haven competitor to gold and silver, the move would likely lead to a massive spike in U.S. interest rates and bring about shock inflation. This would, in turn, act as the catalyst for major gains across all precious metals.

But, as Krauth notes, silver stands to gain the most from these developments. Virtually all experts agree that silver is severely undervalued, with the gold/silver ratio currently sitting at an unprecedented value of 88. There are three similar occurrences over the past two decades that have each resulted in massive price gains as silver caught up to the yellow metal.

With data from the 2019 World Silver Survey showing that demand for silver coins and bars went up by 20% in 2018, it would seem that investors have already caught onto silver’s current bargain prices. Krauth thinks it’s only a matter of time until domestic investors shun the greenback’s perceived safety and turn to precious metals for protection against the trade war’s effects. When this happens, the fact that silver prices rest at historic lows relative to gold will not go unnoticed.

The streak of valuable precious metal finds on Australian soil continues. Not long after news broke out that an Australian family stumbled upon a gold nugget worth upwards of $24,000 during a casual stroll, Newsweek reports that a prospecting supply store from Kalgoorlie announced that a hobbyist unearthed a chunk of gold worth nearly three times as much.

In a subsequent interview with BBC, Matt Cook, the owner of the Finders Keepers Gold store, shared that the finder is an experienced amateur prospector who was scouring the fields of Kalgoorlie in Western Australia. Although the area is well-known for its valuable metal deposits, the BBC noted that finds of this magnitude only happen a few times each year.

After his metal detector buzzed, the hobbyist dug through 18 inches of soil to reach a gargantuan nugget before making his way to the shop to share his find. Upon inspection, Cook noted that the unique nugget was remarkably dense and heavy, with the value now having been placed at around $69,000.