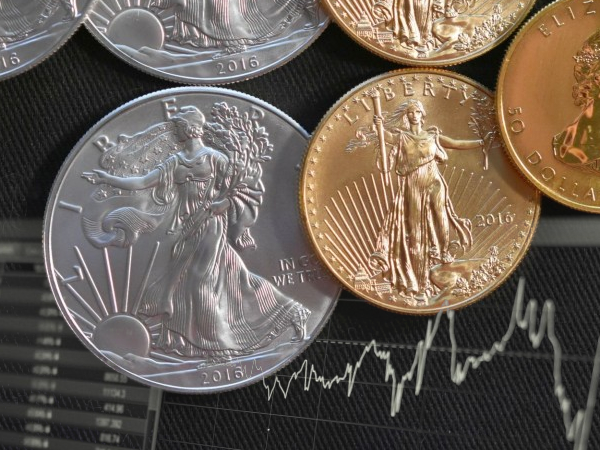 This week, Your News to Know rounds up the latest news involving precious metals and the overall economy. Stories include: Gold heats up and silver joins the race, the 3 catalysts driving gold’s rally, and one expert thinks gold is on the fast track to $1,500 an ounce.

Gold Heats Up and Silver Joins the Race

Last week, gold met the expectations of numerous forecasters by briefly passing the $1,450 level before trending lower. The move told money manager Frank Holmes that a jump to $1,500 is all but imminent, and that loose Federal Reserve policies will remain a key driver in the outstanding bull run.

In a recent piece on Forbes, Holmes quoted various analysts who feel that accommodative central bank policies will likely push gold above $1,500 an ounce sometime this year. Research firm Alpine Macro lists a weaker greenback, a dovish Fed and rising geopolitical risks as the three ingredients needed for a bull run in gold. All three appear to be set, with the analysts pointing out that the Fed’s plan to cut rates will usher in a multi-year bear market for the U.S. dollar, which will in turn pave the way for all-time highs for gold prices in the next few years.

The World Gold Council highlighted the importance of negative real interest rates, as they will provide a heavy boost to gold demand due to multiple reasons. The analysts at Canadian Imperial Bank of Commerce (CIBC) noted that the previous two instances of real rates in the U.S. turning negative resulted in gold’s price jumping by 320% and 400%, respectively.

Holmes took note of Ray Dalio’s latest insights, as the billionaire investor once again urged investors to increase their exposure to gold amid a global economic paradigm shift, one that will be brought on by quantitative easing and other loose policies. As astounding as gold’s current run is, Holmes also diverted attention to silver finally closing the gap in the gold/silver ratio. After a lengthy static period, the metal went on a six-day long spree of gains, leading to the highest silver price in 52 weeks.

3 Catalysts That Are Driving Gold’s Rally

Gold has taken the markets by storm as it broke out of a five-year trading range to reach the highest level since May 2013, all in the span of six weeks. The Federal Reserve’s dovish turn has been cited as the main driver behind the run, but according to CNBC, John Davi, founder and chief investment officer of Astoria Portfolio Advisors, sees additional factors that are propelling gold to all-time highs.

Besides the prospect of lower rates, Davi also sees recession concerns as a major factor behind increased gold demand. During the Fed’s hiking schedule, many analysts warned that nearly every tightening cycle culminated in a recession, and the abrupt nature of the Fed’s policy shift, as well as domestic and global growth concerns, have only intensified these fears.

10-year Treasuries have also been sending red flags, with others cautioning that the yield curve is coming dangerously close to flat. Davi concurs, pointing out that flimsy Treasuries are helping make gold look even more attractive.

With rates continuing to move towards negative territory and risks mounting on the horizon, Davi notes that there are plenty of reasons to keep the metal in the spotlight aside from the sheer strength of its recent price gains.

During last week’s interview with Kitco, Todd Horwitz, chief strategist of BubbaTrading.com, said that gold’s technical picture is looking extremely solid and that the metal is setting itself up for another big move. In the interview, Horwitz pointed to $1,450 as the next big hurdle for gold to overcome on its path upwards, reports TheStreet.

Not long after Horwitz’s statements, gold indeed managed to break above $1,450 an ounce. In the analyst’s eyes, this is a very likely signal that the metal is headed towards the $1,500 level next.

Horwitz also spoke about the action in the silver market, noting that investors appear to be catching onto the metal’s bargain valuations. During his sit-down, Horwitz pointed to $16 and $16.20 as resistance levels that, if breached, could translate to a move to $17 and then $20. As with gold, both of Horwitz’s resistance levels for silver were breached over the following couple of days.

Interestingly enough, while gold has pulled back from its $1,450 level and is trending slightly lower, silver appears to have hardly lost a step and is still hovering around $16.40 an ounce. This gives further credence to Frank Holmes’ belief that silver prices are catching up after staying conspicuously low relative to gold for a prolonged period of time.