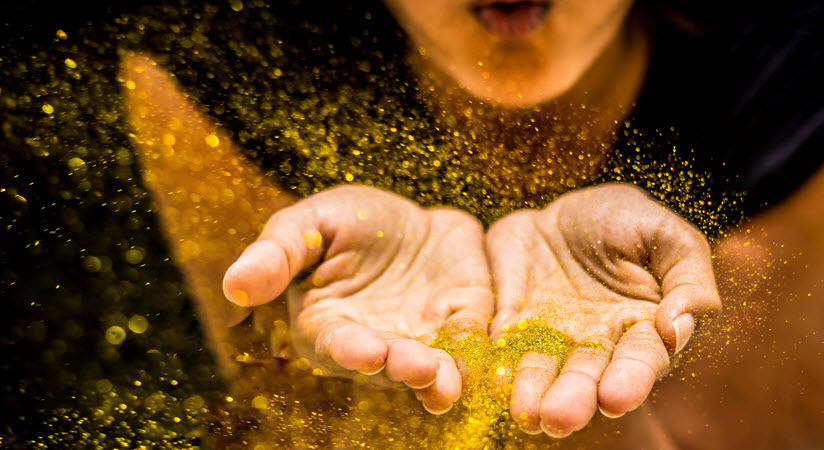 This week, Your News to Know rounds up the latest top stories involving gold and the overall economy. Stories include: The gap between paper and physical gold widens, reconciling gold and Bitcoin, and U.S. Mint forced to reassess its coin distribution due to overwhelming demand.

Many goldbugs and silver stackers believe the prices of both metals have long been heavily suppressed. Yet there are always detractors from this notion who claim that this is nothing more than a popular myth with little basis in reality.

For an expert take on spot vs. street prices, one needs not look further than Ed Moy, who served as the director of the U.S. Mint between 2006 and 2011.

In a recent interview, Moy explained the recent shortages that have been happening to mints around the world, as well as what he believes should be the true price of gold. With a spot price of around $1,770 as of Friday’s trading session, it’s difficult to say that the metal isn’t performing very well year-on-year. But while this is a high price point from one perspective, Moy believes that it is a significantly diminished figure compared to what gold can actually be bought for.

Moy places the blame for this on gold derivatives (futures, shorts, forwards etc.) that have created an illusion that gold’s spot price has a basis in reality. Any buyer looking to get their hands on physical gold, however, will find that premiums over spot price have climbed as high as 20%:

If you go to any of the top retailers for gold bullion and take a look at what they’re charging for an ounce American Eagle gold bullion coin, even though the spot price right now is $1,775 give or take, you’re hard pressed to find a ounce gold coin for anything less than $2,000, and I’ve seen it as high as $2,100.

Moy expects this disconnection to cease as short contracts expire, resulting in a sudden uptick in price. In a somewhat related note, Asian gold traders recently revealed to Reuters that China’s 150-ton bullion import was meant to prevent further increases on local premiums on gold (which were only $7-$9 per oz).

As both gold and the so-called “digital gold” bitcoin heat up, so has the debate over which is a better safe-haven and secure store of value. ThinkAdvisor’s Ric Edelman offers what could rightly be called the most sensible argument in the debate: that it was never an either-or between the two assets.

It doesn’t take much experience in finance to know what gold’s benefits are. Having been used as the go-to item of internationally-recognized value for most of recorded history, gold has withstood just about every challenge imaginable. There is nobody who will dispute its value, hardly anyone who will reject it, and few who will bet against it.

But it can also appear daunting to some people. Being a commodity, and a rare one at that, it isn’t always easy to acquire in short order, as was demonstrated in abundance last year. While gold boasts tremendous liquidity compared to most other assets, bitcoin outstrips it in this regard, as its fully digital nature makes it available to anyone within a moment’s notice. And, like gold, its fixed supply and ever-growing demand always create enticing future prospects.

Therefore, Edelman, himself a cryptocurrency pundit and proponent, believes that investors should diversify the gold in their savings with an exceedingly similar, yet uncorrelated asset that provides familiar benefits through additional value.

As for the general debate about appropriate assets for savings, Edelman finds it better to question how much exposure to bonds investors should have in the current environment, and the same can likely be said of stocks.

Part of the U.S. Mint’s mission is ensuring equal access to the coins it issues to the public, which is why orders are frequently limited on a per-household basis. The recent surge in demand for physical gold and silver, however, has forced the Mint to lower the number of 2021 Morgan and Peace centennial coins it will distribute to each household to 10 for each product option (from the original 25).

The coins will be struck in different mints across the country and their pre-orders accepted by the Mint on three different dates. The Philadelphia Mint will issue the 2021 Peace dollar and three different varieties of the Morgan silver dollar, while the San Francisco and Denver mints will each issue their own variety of the Morgan dollar.

Preordering begins at noon Eastern Time, May 24, with the two Philadelphia Morgans that sport different homages to other mints in the country. It will last until June 7 or until all pre-orders have been exhausted. The second preordering will start at noon on June 1 for the 2021-D and 2021-S Morgan coins struck in the Denver Mint and last until June 14 or until depletion. The third pre-order will feature the fifth Morgan variety and the Peace coin and start at noon on June 7 through June 21 or until order depletion.

Considering recent demand trends, we fully expect the entire mintages to be sold out well before the preorder period ends.