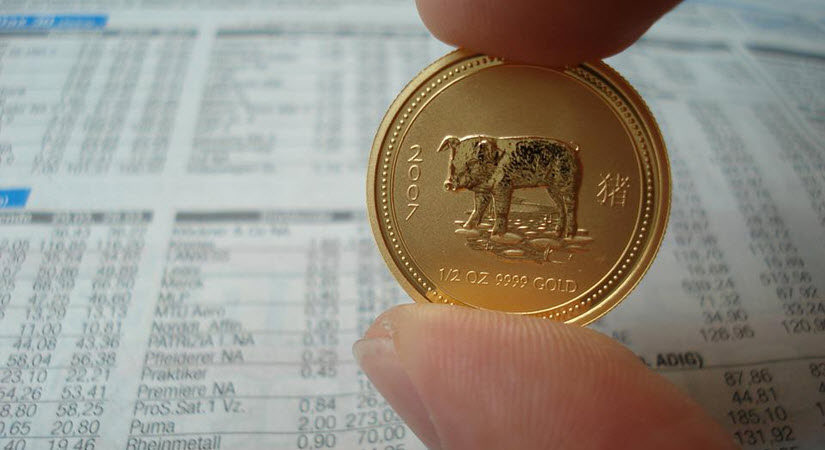 This week, Your News to Know rounds up the latest top stories involving gold and the overall economy. Stories include: Not all so-called “alternative” assets are equal, gold holds ground amid market trembles, and the customer base for gold bullion just keeps expanding…

Why gold is more than just a well-performing alternative asset

What is the purpose of investing in alternative assets? Surely, different investors have different reasons. But diversification is most commonly cited. And we shouldn’t neglect to mention returns – ask why any investor does anything and “to make money” is always going to be somewhere on the list. We all know that any chase for returns brings with it equal risks. Both diversification and returns are considered factors in “upside,” or potential growth.

Likewise, “hedging” or protecting your investments is primarily about ensuring that your savings survive market crashes and economic crises. Generally, we think of hedges as a sort of “portfolio insurance.” The hedging asset isn’t expected to perform like risky, return-oriented investments – rather, hedging guards against “downside,” or potential loss.

So, what if there was an investment that offered the benefits of diversification, return on investment and hedging? An investment that could help capitalize on both upside growth opportunities while also protecting against downside risks of loss?

We turn to the experts at Wealth Management Magazine, who assessed the performance of the seven top-performing alternative assets. Their methodology was simple: take a classic 60/40 stock/bond portfolio and replace 10% of the stock share with one alternative asset. They then analyzed the five-year results.

Gold was among the top five performing alternatives, which included commodities, options funds, real estate and energy MLPs. Gold had a 51.51% 5-year cumulative return , compared to an average of 65%. Gold’s return on investment lagged just behind real estate and options. Remember, though, high returns aren’t why most people buy gold. The other metrics are what we should focus on.

Gold had the lowest volatility, the highest diversification ratio and the highest Sharpe ratio. Gold’s benefits in a portfolio stand out even more when we only penalize an asset’s downside volatility. As a Wealth Management report notes, referring to the first quarter:

Gold, for much of the period, was the yin to the stock market’s yang, producing that most-sought after of portfolio prizes, a smooth ride.

Among the five top-performing alternative assets, gold had the second-best return, an average of 7.69% per year.

After cautioning us that “there’s no guarantee that diversification through alternative investments will provide investors with a smooth ride going forward,” the article ends with a compelling message:

Holding gold in your portfolio over the past five years might not have made you the richest of alt-savvy investors but you probably would have slept better when the equity market nosedived at the onset of the COVID-19 pandemic.

Portfolio managers at VanEck Associates explained why March was a good month for gold. Looking forward, they discussed how the Federal Reserve’s hiking cycle might end up boosting prices.

The first part is straightforward: March brought us geopolitical risks, economic risks and a generally queasy uncertainty have coalesced into a toxic blend of negative sentiments. And gold thrives on fear. For example, Russia’s attack on Ukraine sent gold to $2,070 on March 8, just short of the previous all-time high of $2,075. Yet this move in gold price was only possible due to the existing economic uncertainty. Inflation was hitting multi-decade highs before the attack, and not just in the U.S. The invasion has only intensified existing problems. (Consider: a Russian embargo of European energy sales would plunge the Eurozone into a recession for the history books – and they probably wouldn’t suffer alone.)

Then there is the Russian monetization of gold. VanEck’s analysts point out that global central banks noticed that Russia’s 2,300 ton gold pile (about $140 billion) gave the sanctioned country plenty of safety. That’s why we call gold a safe haven, after all – for individuals and central banks alike. The following observation is incredibly interesting:

According to BGM Group, gold represents less than 1% of global financial assets, and a relatively small percentage of the total reserves of several large economies, including China (3.3%), Japan (3.5%), Switzerland (5.4%), and India (6.9%). A relatively small increase in the percentage of global financial assets allocated to gold, from, say, just under 1% to 2%, could see demand double—and with it, the price of gold. [emphasis added]

We’ve seen both large and small economies display an interest in boosting their gold reserves over the past few years for the same reasons as Russia, though with less urgency. But the consequences of weaponizing the dollar (by freezing Russia’s global U.S. dollar-denominated accounts) are still playing out. Should global financial reserves increase gold holdings by just 1%, demand would send prices skyrocketing.

A month after the much-anticipated first Fed hike, gold has broken out and hit $1,975 as last week closed. We know that gold appreciated in every rate hiking cycle dating back 50 years. This time, the Fed’s moves are likely to plunge the U.S. economy into a recession. That would likely fuel gold’s price surge even higher.

India’s cultural enthusiasm for gold investing is well-known. India is regularly the world’s #1 gold buying nation (sometimes sliding into second place behind China). Recently, economic downturn and soaring gold prices have made gold unattainable for many citizens of the world’s largest democracy. Retailers have responded to meet that demand, and a coalition of jewelers and gold dealers have released a new product 0.5 gram gold bars. Granted, that isn’t very much gold (you’d need to stack 62 to equal a single 1 oz American gold eagle). However, the price makes owning physical gold achievable for a truly vast number of buyers.

Investing in physical gold is all too often considered the domain of hedge fund billionaires. That’s certainly not the case in India. A survey by the India Gold Policy Centre showed that 89% of gold investors come from middle-income households. The bulk of India’s gold investors aren’t necessarily those with a large and diverse investment portfolio, but rather the average citizen with some money to spare. These 0.5 gram gold bars have taken off among the younger generation. Even the college student demographic have become frequent buyers.

Each of these tiny bars contains about $30 worth of gold by weight. They’re similar in price to a one-ounce silver coin. Their introduction and rise in popularity tells us a few interesting things, the first being that Indian shoppers buy silver – it’s gold, or nothing. The diversity among India’s gold investors tells us the nation has a cultural memory of severe economic crises. Droughts and famine (and other natural disasters), wars with neighbors (Pakistan and China), civil strife, and self-inflicted economic disruption scar the nation’s history. These events left scars on the memories of the everyday Indian citizen. As a nation, these people, even college students struggling to feed themselves, know they must be prepared for economic catastrophe. That’s why they insist on gold, even in near-trivial amounts.

On a global scale, it’s extremely unlikely that the 0.5 gram bar will become popular, except among collectors. For gold buyers here in the U.S., the 1/10 oz American gold eagle is an affordable first-time purchase in the physical gold market. Nonetheless, the newly-minted bars are a showcase of gold’s ubiquitous popularity, immense utility and demand at all times.