Home » Blog » Gold Is Best Bought Before the Next Economic Crisis

Gold Is Best Bought Before the Next Economic Crisis 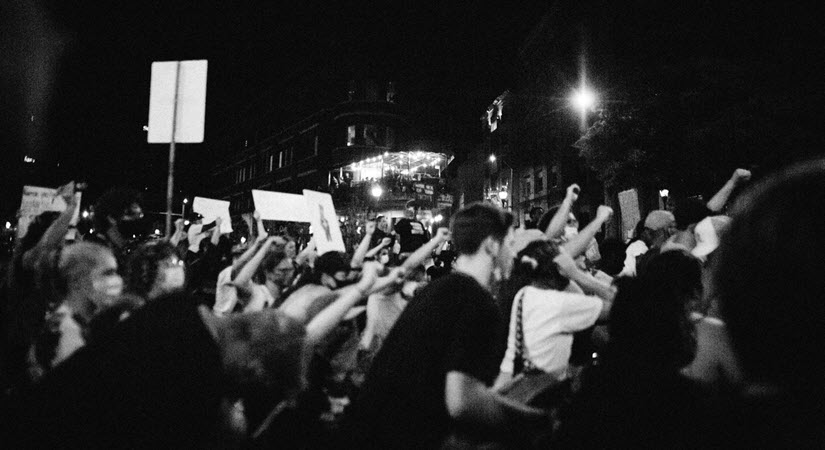 This week, Your News to Know rounds up the latest top stories involving gold and the overall economy. Stories include: The best time to buy gold is before a crisis, how the Basel III agreement could impact short- and long-term gold prices, and finding a balance between gold and bitcoin.

The best time to buy gold is before a crisis. This is now a really good time for people to be stocking up, as it were. Because in the event of widespread inflation, we think the gold price will go up much more.

Like many market observers, Trexler is aware that a perfect storm for gold is brewing, combining extreme inflationary risks and a slow-to-react Federal Reserve. Trexler uses the example of his own company’s expenses, such as those including raw materials, going up by double-digit percentages. In addition, the historically-overvalued stock market seems particularly vulnerable to a severe correction.

Trexler thinks this could be the start of a cycle where the already massively indebted federal government ramps up spending even more, abetted by a Federal Reserve that isn’t particularly concerned about inflation or U.S. dollar debasement. He sees an inflation rate of 5% to 10% as realistic targets, and believes such a spike will catch most unseasoned investors off-guard and have widespread consequences on society in general:

When you start to see that rate of inflation, it will be very damaging for people on a fixed income. It will make savings very problematic. What you will have is a fundamental loss of wealth for people’s savings. You’ll also tend to see a lag between inflation and people’s salaries. That could lead to a decline in real wealth. It’s also a potential ingredient for greater social upheaval.

Forecasting greater demand for gold as the dollar becomes increasingly risky, Trexler thinks gold could jump to $2,500 with a possible $3,000 target should inflation indeed move to 10% or higher. Other significant drivers in the market that gold investors ought to look out for include an influx of Western buyers, a recovery in Asian gold demand and the ongoing threat of a stock market correction. Trexler also said that both investors and sovereign nations are treating gold as a hedge against currency risks. In summary:

I am looking to diversify further, take more of a defensive position, and allocate more funds to gold, cash on hand, and safe-haven assets. There’s a risk of a major market correction. So now is a good time to consider taking more profits and take a more defensive position.

Taking risk off the table and diversifying with inflation-resistant, safe-haven gold might be excellent advice for many investors right now.

A lot has been said about the Bank of International Settlements’ Basel III accord, an agreement to be implemented at the end of June which will draw a clear line between physical and paper gold. As we summarized previously:

Here’s the problematic change: banks would no longer be able to consider liabilities to deliver “unallocated” precious metals as part of their reserves. Which means banks would only be able to trade precious metals they actually physically hold (and not allocated gold or silver — remember, that belongs to the customer).

The agreement states only allocated physical gold is a 0% risk asset, which is expected to subdue derivatives trading and push the metal’s prices higher. While these expectations are indeed reasonable, investors could be surprised by an initial pullback in gold prices.

There has been a lot of pushback against the agreement, including from sources you might not expect, including both the World Gold Council and the London Bullion Market Association.

On the other hand, banks seem to be enthusiastic proponents of Basel III, which seems to go against their bottom line at first glance.

Here’s the crux: If BIS staff believe that demand for paper gold is driving the gold price (and not the other way around), they might Basel III as a way to subdue gold and push its price down.

That was the thinking way back in 1971, when ” pro-paper economists” thought that untethering the U.S. dollar from gold would plunge the per-ounce price below the fixed rate of $35, possibly as low as $10. The pro-paper economists had it backwards. The idea that demand for dollars supports gold prices and not the other way around met with reality. Gold jumped to 350% by early 1973. It’s important to note, the spike in prices was not immediate. First, gold fell by 6% within two weeks after the untethering, and by 11% within 10 months after President Ford’s bill was signed.

This was the result of paper gold subduing gold prices for a lengthy period, which the Basel III is effectively attempting to eliminate.

Nonetheless, the delay in price response shows that markets do not respond immediately to obvious setups. History tells us it would be prudent for gold investors to prepare for a short-term dip after Basel III comes into effect (and perhaps make good use of it to buy the dip).

Because there is nothing to suppress prices this time around, the price jump delay will probably be much shorter, and the real aftermath of the agreement? Well, from 1971-1973 gold rose 350%…

Gold or bitcoin: why not choose both?

Forbes contributor Frank Holmes believes that gold and bitcoin go well together, and that holding both should be a consideration for every investor because of inflation rising across the board. Holmes cites two famous hedge fund managers, Paul Tudor Jones and Ray Dalio, as examples of how and why investors should bring the two assets together.

Paul Tudor Jones, a well-known cryptocurrency proponent, said two years ago that gold was his favorite trade over the next 12 to 24 months, noting that the metal had everything going for it. Jones was correct, and gold would slowly march to a new all-time high of $2,070 in August. Jones is just as bullish on gold now, if not more so, saying that Federal Reserve policies are causing him to allocate diversify into bitcoin, gold and other commodities, specifically, “5% in gold, 5% in Bitcoin, 5% in cash, 5% in commodities.”

Dalio, on the other hand, is one of gold’s most notable proponents, and his fund’s outperformance ties heavily into the money manager’s belief in and exposure to the precious metals sector. Yet in recent comments, he surprised investors by saying he’d prefer to own Bitcoin over bonds as a hedge due to the lack of yields on the latter.

Comparing bitcoin to a safe-haven like bonds might seem odd, but not when one takes into account the latest report by Bloomberg commodity strategist Mike McGlone. McGlone showed that a straightforward 80/20 index of metals and cryptos has not only beaten the tech-heavy Nasdaq-100 since August 2017, but has also done so with less volatility.

Possibly the relatively low-volatility, safe-haven characteristics of gold make it a perfect complement for the high-volatility, sentiment-driven cryptocurrency market?