Home » Blog » Proof that Precious Metals Are the Best Hedges

Proof that Precious Metals Are the Best Hedges 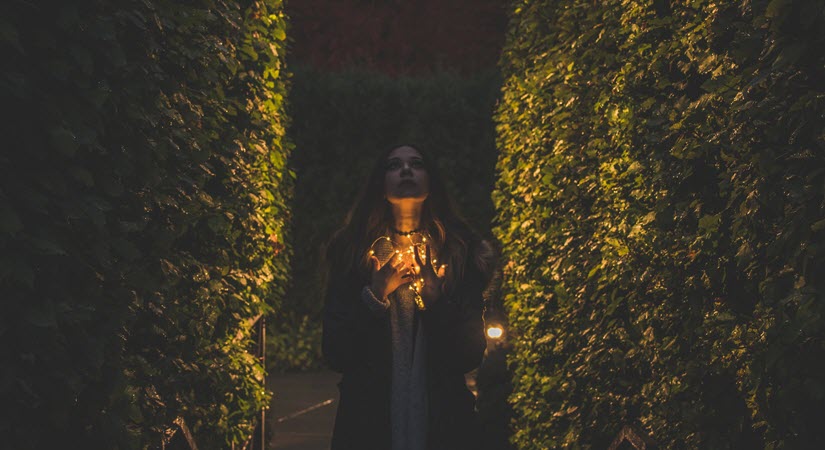 This week, Your News to Know rounds up the latest top stories involving gold and the overall economy. Stories include: Uncorrelated alternative assets aren’t just for bear markets, gold investors don’t have to worry about inflation pulling back, and an ancient hoard of gold coins worth over $290,000 found in Britain.

Crypto’s bear market is teaching some and reminding others about the importance of diversifying your savings. It’s something that gold investors know all too well. In reality, stocks and bonds are plummeting — yet nobody wants to admit it. We shouldn’t need a bear market to remind us that diversification is one of the pillars of prudent investment.

Gold, along with other precious metals such as silver and platinum, is among the more unique assets in that it has an adaptable correlation. That’s a rather obscure term, so let’s turn to Alexander Tkachenko to unpack it for us.

Classic “safe-haven” investments like gold and other precious metals like platinum or silver garner this reputation due to relative immunity from overall market factors.

In other words, when financial markets generally are doing well, gold tends to rise. Gold’s price is more correlated with other, “risk-on” asset classes and can easily post good performances. This was on full display earlier this year, when stocks and gold climbed together right up until the stock market plunge in the first quarter.

Now, this is counterintuitive if we think of gold exclusively as a safe haven investment. But it’s not. Gold is also historically one of the most desirable symbols of luxury and wealth. Gold jewelry will always find a buyer. It’s like Wharton finance and economics professor Urban Jermann described in his new model of gold pricing. Essentially, Jermann describes a model in which, “As interest rates rise, gold prices respond less to them because gold becomes less of an investment asset and more of a consumption good.” (I previously discussed his theory here.)

On the other hand, when financial markets do slump (as they tend to during times of quantitative tightening), gold and other precious metals mostly abandon their correlations with “risk-on” assets and act as a hedge.

Consider it this way: when the economy is booming, what soars in price? Luxury items. Gold, platinum and palladium are all rare, expensive and conspicuous ways of displaying wealth.

Conversely, when times are tough and prices fall, what do investors want? Safety and protection. Those who are willing to spend their money bargain-shopping tend to buy assets with a solid track record of historical value. Assets like physical precious metals.

What are some of the other “alternative” investment options? Tkachenko assesses the varied landscape of alternative assets, the more one sees just how great gold looks in comparison to the rest.

Want to minimize portfolio volatility and preserve wealth? There’s an asset class for that! Several, actually, including rare wines, luxury goods from jewelry and fashion sectors and emerging technologies. What do all of these have in common?

Well, rare wines and spirits are challenging to store properly and do have some, if you’ll forgive the pun, liquidity constraints. Although, if worst comes to worst, you can always crack the seal on your 1981 Glenmorangie Nectar d’Or.

“Rare goods or collectibles in the luxury fashion and jewelry industries,” Tkachenko tells us, are often classified as “recession-proof.” The challenge here is to identify the specific items before they become rare or collectible.

In fact, Investors’ Chronicle pretty much dismisses Tkachenko’s “other” alternatives list as:

Weighed against these characteristics, gold not only emerges in an extremely favorable light but also looks desirable regardless of market conditions and its current price. The same can’t exactly be said for a Breitling watch and an Hermès scarf.

Investing at a time of stagflation

What does investing during stagflation look like, and what should it look like? It’s a more convoluted question for some than others. Financial Times outlines a few things most of us already know. Once high inflation materializes, it can be very difficult to normalize.

Of course, what does normalization mean to begin with? The prices of goods and services aren’t going back to normal: they’re merely, hopefully, rising less quickly. Despite places like the U.K. forecasting inflation as high as 13% this year, the markets seem optimistic. According to expectations, inflation should return to a “manageable” target within the next few years. Whether you’re a large-cap investor, a smaller one looking to preserve their savings, or simply an ordinary person trying to get by, that’s a lengthy stretch.

The article notes that commodities are intrinsically linked to inflation stretches. Out of every asset in this category, gold might be the only one that doesn’t have to worry about inflation normalizing. We’ve recently covered how high commodity prices are almost causing inflation on their own. For inflation to subside, the commodities market essentially has to collapse from its current lofty valuations, which many believe is a matter of when and not if.

Gold immediately sticks out like a sore thumb or, to the gold investor, a well-cared-for one. It’s been said over and over that gold remains the worst-performing commodity in this supercycle. That is to say, it still hasn’t gotten its turn on the commodity merry-go-round. This has turned from nuisance to a blessing.

Commodities have been signaling some weakness in recent months, and how can they not? Their downfall is necessary for a normalization of inflation, a preservation of currency and everything else that seems to be a top priority.

Gold isn’t part of this equation. Not only will it not bear the brunt of any possible CPI normalization, but its price, in this market, seems poised for a surge.

Another day, another stash of antique gold coins uncovered during routine home improvement. The latest stash of exceptionally valuable gold collectibles was found in northern England, buried somewhat deep underground in what is now the home’s kitchen. 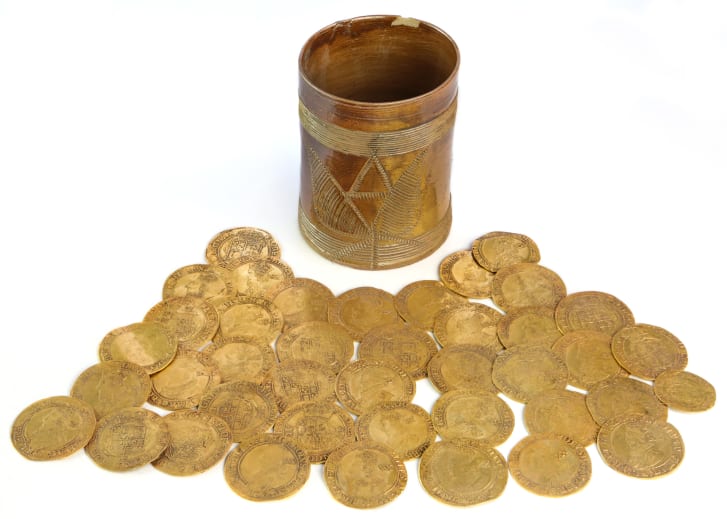 A small cup contained over 260 gold coins minted between 1610 and 1727 and valued over $290,000. Gregory Edmund, an auctioneer with Spink & Son, said that the hoard is remarkable and unique among both archeological finds and coin auctions.

Edmund elaborated that this is in good part due to the number of the gold coins, which is among the larger for any period and certainly for the 18th century. The coins were identified as having belonged to the Fernley-Maisters, a then-influential family that was prominent in areas ranging from commodities trade to public office.

The dwindling of the family within a few generations is assumed to be the reason why the coins haven’t been retrieved for centuries. As for the motivations for hiding such a massive stash, they’re straight out of the modern-day gold investor’s playbook.

Joseph and Sarah clearly distrusted the newly-formed Bank of England, the ‘banknote’ and even the gold coinage of their day because they (chose) to hold onto so many coins dating to the English Civil War and beforehand.

What else can you bury for 300 years that will be worth more when you dig it up?