Gold: Simply the Best Hedge in All Economic Climates 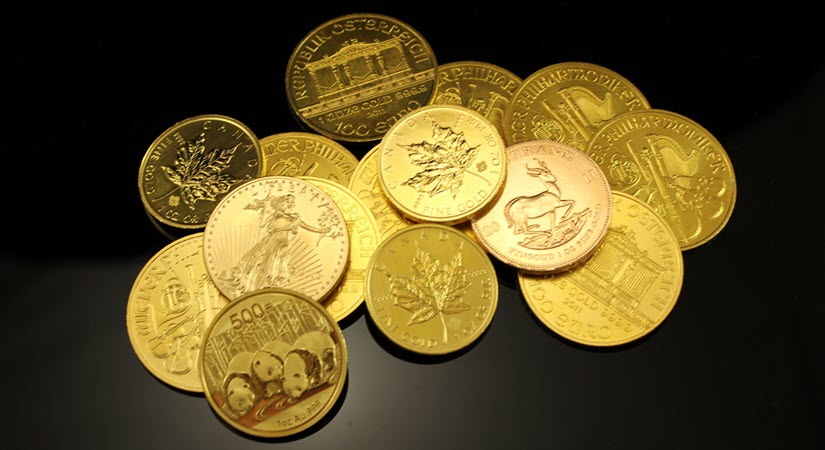 This week, Your News to Know rounds up the latest top stories involving gold and the overall economy. Stories include: Gold in today’s portfolio, why $15,000 gold is a realistic forecast, and bracing for the next jump in gold and silver.

How gold beats other hedges

In an analysis from International Man, gold expert Adrian Day reminded investors of gold’s role and history during an especially important time. With negative real interest rates and the ongoing drop in the dollar’s buying power, it’s becoming more and more difficult to hold onto one’s savings (let alone make sound investments). The well-known stockpiling of gold bullion by nations around the world, especially Russia and China, offers hints of a possible solution.

In today’s environment, resilience should be the number one priority when considering any investment, and it’s a difficult attribute to come across. We’ve heard of currency destruction, stock and bond market crashes and bubbles in various sectors. Largely, gold has avoided any of these labels over its many centuries as an investment.

Day points out one particularly important aspect of gold: it can perform well in any environment. He writes:

Gold has maintained its purchasing power during periods of high inflation and sharp deflation when the stock market or the currency collapses. Even during periods of chaos or war, gold holds its value. During these periods, people will look for alternate places for their cash.

Gold’s safe-haven status came into special prominence last year. Or, as Day says, “Gold also shines during periods of instability and chaos, whether it is a declining stock market, civil disturbance, or war.” Last year would certainly count as a time of global economic instability and chaos.

During a hypothetical time of economic strength, whether national or global, gold would still hold its merit even as other investments would seemingly outperform it. On the flip side, such as the one we are in right now, gold investors have very little to worry about.

With a bull market going on for over a decade, many stock investors likely wake up each day wondering whether today is the day it ends. Prices come tumbling down, panic grips the market and you can spend hours watching the value of your savings drop.

Gold, on the other hand, has no real vulnerabilities past short-term pullbacks.

At whichever point one buys gold, simply holding onto it will eventually place them in the green (even if it only hedges against inflation). Other assets have yet to boast this claim. And, as an added merit, the metal holds unrivaled liquidity and universal value. In many places, gold will be more readily and gladly accepted than even top currencies such as the U.S. dollar for everyday purchases, and it will be refused nowhere. That’s quite a point of contention for any detractor viewing gold as an outdated investment.

Talking on the 5 Minute Forecast, analyst Jim Rickards went over why his call for $15,000 gold by 2025 should be seen as a moderate one. The figure sounds lofty to investors who focus on gold’s short-term fluctuations, but Rickards says it’s actually below the implied non-deflationary price of gold (if a gold standard was to be implemented).

While Rickards acknowledges that central banks have spent some 60 years on doing away with the gold standard, he nonetheless sees reasons why at least a partial return might be desirable. Excessive money printing, competition from bitcoin, extreme levels of dollar debt and war or natural disasters are some of the things that could threaten the collapse of the monetary system unless faith in fiat currencies is re-established somehow.

These threats have already materialized on some level, and Rickards said that an aggravation could very well force central bankers to return to a gold standard. From there, the calculation is simple. According to official figures, the global M1 money supply amounts to $50 trillion, while the combined bullion reserves of all central banks total 35,000 tons of gold.

With just a 40% ratio of bullion to money supply, gold would already command a price of $17,775. Rickards considers this forecast moderate as the monetary supply continues to expand disproportionately to newly-available gold. He also advises investors to focus their attention on the long term for gold, especially its propensity to do well in both inflationary and deflationary scenarios.

Technicals are pointing to a precious metals breakout

In his technical analysis, David I. Kranzler notes that both gold and silver are showing signs of a breakout from their downtrend since August. Gold started moving up in May, but silver has actually been on a slight uptrend since October. Kranzler fully attributes it to the failure of central banks in the West to push silver’s price down as hard as they have in the case of gold.

As Kranzler points out, this is to be attributed to silver’s industrial uses. Consider that the entire commodity sector has seen massive price upswings. This brings us to the Basel agreement and the emerging prominence of the disconnection between paper and physical precious metals. The U.S. Mint’s inability to meet demand for silver products and 40% retail premiums on them as of late show that the true dynamics of supply and demand are not at all visible in spot price fluctuations.

Kranzler isn’t excessively optimistic on the Basel’s results in the short-term, but he notes that attempts to suppress gold and silver prices have been present long before derivatives were available and have invariably fallen short. For as much as we have heard about selling, Kranzler contends that the only selling of gold and silver that has been done since August has been on the part of retailers.

Kranzler highlights several other items of note, such as that big money seems to have gone uniformly long gold, and that history suggests that we could be scheduled for a massive Indian return to the physical gold market. While Kranzler doesn’t give any price forecasts, he attests that precious metals are primed for massive capital inflows as fiat currencies continue to decline in value.