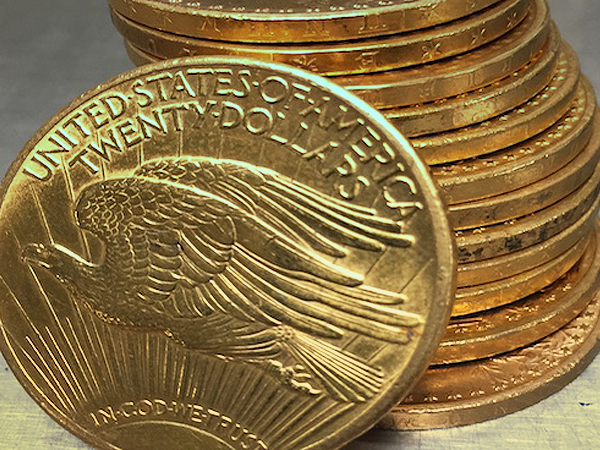 This week, Your News to Know rounds up the latest news involving gold and the overall economy. Stories include: Gold tops $1,500 as investors seek shelter from gathering storm, gold to stay on course over next 6 to 12 months, and China boosts its gold reserves as trade war escalates.

After an exceptional first half of the year, gold continued its stellar run after recently breaching the $1,500 level, a move that some experts have been predicting for months. According to a Newsmax article, the latest landmark translates to an overall price gain of around 19% since the start of the year, and the metal appears to have no shortage of momentum.

For many, the escalating trade war between the U.S. and China and the accompanying dovish Federal Reserve shift have been the key drivers propelling gold above six-year highs. Any notion of the two countries forming a satisfactory trade pact appears to have evaporated, as President Trump is now looking to impose an additional 10% import tariff on some $300 billion of Chinese goods. Beijing’s response amounted to devaluing the yuan to its lowest level in more than two years, adding more fuel to Trump’s long-standing accusations that China is engaging in currency manipulation.

With gold looking towards $1,520 as the next support level, Goldman Sachs and UBS Group AG are both expecting the metal to climb above $1,600 an ounce by year’s end. Notable investors like Mark Mobius and Ray Dalio have also recently voiced their view that gold is on a long-term bullish trajectory.

Aside from the threat of military action by the U.S. in the Middle East and massive bullion purchases by global central banks, gold is also being driven higher by low or negative-yielding bonds around the world. The central banks of New Zealand, India and Thailand have all sliced their borrowing rates over the last couple of days. Together with the weakening 10-year Treasury, the safe-haven options offered to investors are growing increasingly scarce during a time of pronounced risk-aversion.

According to Howie Lee, an economist at Oversea-Chinese Banking Corporation, gold is set to stay on its bullish course over the next 6 to 12 months as uncertainty grips the global markets. In a recent interview with CNBC, Lee said that the environment is ideally suited for gold to continue posting substantial gains as it has done over the past few months.

“We are seeing a perfect mix of ingredients in the melting pot: We have low rates, we have soft dollar, we have trade tensions, we have geopolitical tensions along the Persian Gulf,” said the economist at the top Singapore bank.

Lee has little doubt that investors are quickly losing their appetite for risky assets and are turning to safety-oriented strategies during a time of unprecedented turmoil. The immediate plunge in stocks after President Trump’s latest tariff announcement showed that investors are exceedingly wary of an economic downturn.

Regarding the U.S.-China trade conflict, Lee said that the back-and-forth between Washington and Beijing will be highly detrimental to the global economy due to its effect on consumer goods.

Last year’s central bank bullion demand exceeded all forecasts as total purchases from the official sector in 2018 surpassed 650 tons. According to another Newsmax article, data from the World Gold Council shows that the trend has very much poured over into 2019, as central bank acquisitions helped push gold demand in H1 2019 to a three-year high.

Among the various countries loading up on bullion, China’s actions have garnered particular attention due to its trade conflict with the U.S. Since December, the PBOC has made multi-ton purchases on a monthly basis, adding nearly 10 tons of gold bullion to its stockpile in July. Between December and June, China bought 84 tons of gold after a lengthy absence from the gold market.

While all central banks acquire gold for diversification purposes, Philip Klapwijk, managing director at Precious Metals Insights, believes China is especially compelled to move away from the greenback as trade relations with the U.S. worsen.

A recent WGC survey regarding official-sector purchases showed that the majority of respondents expect global central banks to continue increasing their gold holdings by a significant margin over the next 12 months. While renewed investment demand has captured the headlines as of late, central bank bullion purchases have acted as a consistent pillar of support for gold prices over the past decade.