Sprott CEO: Next Gold Bull Market to be Driven by Stock Correction 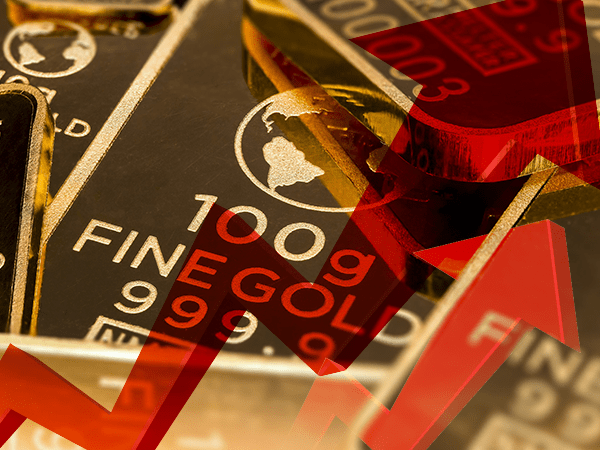 This week, Your News to Know rounds up the top news stories involving the gold market and overall economy. Stories include: Sprott Inc. CEO sees next gold bull market driven by stock correction, gold experts see sweet spot for bullion as inflation returns, and gold imports by India said to more than double ahead of new tax.

Sprott Inc. CEO Peter Grosskopf expects gold to enter a bull market by year’s end, driven largely by overblown economic expectations, and starting with what he believes is a long-overdue correction in the stock market.

“The next move on gold will be driven by an equity market correction,” said Grosskopf. “It’s a pretty safe bet that if equity markets start to look volatile and dangerous then a lot of money will flow into gold as a hedge to that.”

The CEO, who is also optimistic on other precious metals, believes that central banks around the world are jumping the gun by raising interest rates and that the Fed’s forecast for future hikes is overly enthusiastic.

Members of the firm echoed Grosskopf’s statement, with Sprott USA chairman Whitney George stating that a series of hikes amid low inflation will push both stocks and currencies downwards. “When you look at the history of the last 20 years, every time central banks have decided it was time to take the punch bowl away we’ve had quite a dislocation,” said George.

Strategists from the Toronto-based firm see gold breaking past $1,400 by year’s end over its current levels in the low $1,200 range. “People haven’t placed a high priority on having a hedge because the punch bowl seemed to be relatively full,” said Grosskopf. “Gold is vastly under-invested by most investors, so it’s got a lot of growth ahead of it.”

While gold prices have come under pressure due to a “risk-on” environment in equities and rising interest rates, several experts have stated that gold could recover, and even thrive, by year’s end.

The strategist predicts gold will rise to $1,260 by the end of the year as investors begin to take note of the risk protection that the metal offers. “Gold still remains a very good hedge towards event risks and with key events like the escalation of tensions in the Middle East, or the sabre rattling between the U.S. and North Korea, we think that gold has potential to spike upwards should any of these tail events come to the fore,” he added.

Adrian Ash, director of research at commodity marketplace BullionVault, is among the experts who see gold’s current prices as a signal to buy, especially considering that central banks around the world could suddenly cut back on stimulus.

“Gold tends to do well when other assets do badly, but it does best of all when people lose faith in central bankers,” he explained. “Gold and silver are highly likely to rise sharply if the sudden consensus that the ECB (European Central Bank) and even the Bank of England might join the Fed in cutting back stimulus evaporates just as quickly when they disappoint.”

Suki Cooper, a precious metals analyst at Standard Chartered Bank, agrees that gold will become more attractive to investors the closer it gets to $1,200, while UBS strategist Joni Teves believes that an increase in net short positions will provide additional support for the metal.

“We maintain our view that gold should recover from this latest pullback as the move higher in real rates is unlikely to be sustained and we see longer-term value around these levels,” said Teves.

Gold imports in India are said to have doubled last month, as jewelers rushed to build up inventories ahead of the new tax on the metal, which became active on July 1. A source within the finance ministry revealed that inbound shipments surged to 72 tons last month compared to 31.8 tons from a year earlier.

The jump in imports for June, after 126 tons were brought into the country in May, comes over fears that the tax would be set at 5%, reaching a new high for the year. The tax, which marks the biggest reform of the kind in decades, was eventually set at 3%.

Gold demand in the country is expected to pick up sharply around the festival season, which starts mid-August. The World Gold Council predicts that local consumption will reach 850 to 950 tons by 2020, up from the 650 to 750 ton range in 2017.