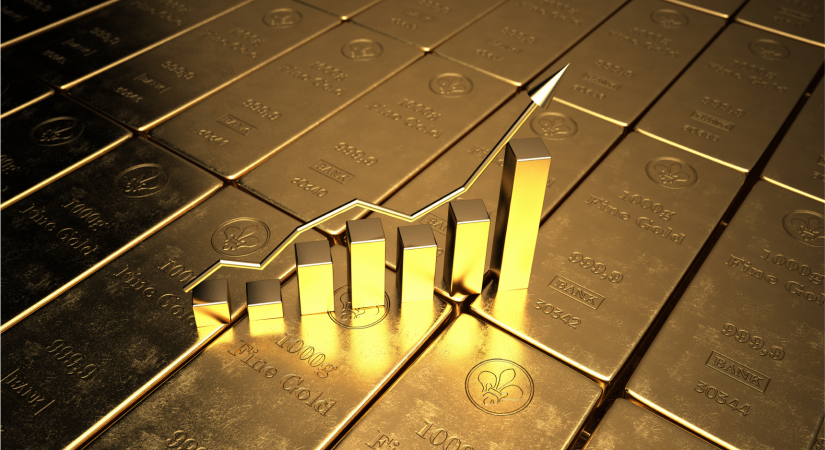 This week, Your News to Know rounds up the latest top stories involving gold and the overall economy. Stories include: Two analysts see $2,500 gold on the way, why comparisons between gold and Bitcoin are limited, and JPMorgan beats other banks with record gold-backed revenue.

Although gold has pulled back from its all-time high of $2,070 that was seen in August, many top banks and forecasters are calling for much higher prices as we move into 2021. Citi’s analysts are among those comparing gold’s price action to the start of the 1970-1980 bull market that saw the metal re-establish itself far above its previous levels.

Like Citi’s team, GraniteShares CEO Will Rhind believes that the catalysts for another massive surge in gold are not only numerous, but also ready to rocket the metal higher. “The stimulus… would be probably the most obvious one, the one that’s certainly driven gold prices for the majority of this year in 2020,” said Rhind. He added a weakening greenback, rising inflation expectations, a bond market in dire straits and pervasive volatility to the list of reasons why gold should continue its steady move up for at least another 12 to 15 months.

ETF Trends’ Dave Nadig, who himself isn’t excessively keen on gold, nonetheless has a difficult time ignoring the favorable landscape that the metal finds itself in. As Nadig notes, gold is tailor-built for times of crisis and uncertainty, and it would be difficult to find as crisis-stricken of a time in recent memory as the one we are in now.

Nadig highlighted gold’s exceptional fundamentals on both the micro and macro side. In particular, Nadig said that record demand from both funds and individual investors is colliding with a mining industry that has been fairly hard-hit by the aforementioned crisis. With miners having been in rough territory since 2011 and a persistent belief that peak gold has been reached, a strained supply could wind up acting as yet another powerful driver for an asset that has no shortage of them.

When markets sink, crises happen and policy makers make irrational decisions, investors want little more than a guaranteed store of value, an assurance that their savings will be preserved no matter what happens. As history has shown, no asset besides gold can offer this kind of guarantee, and it has withstood the test of time in a manner that can’t be replicated.

Someone who has inherited a few centuries-old gold bars can readily call themselves a wealthy person, and the same is likely to stay true irrespective of market or societal trends. On any continent and in any culture, owning gold means the same thing, and it is never a bad one.

Writing on FoxBusiness, Jonathan Garber draws a line between the yellow metal and Bitcoin, with the latter asset still being so fresh that many economists and financial analysts have yet to recognize it as anything other than a sheer speculative wager.

This year’s bid for safe-haven assets has reignited comparisons between gold and Bitcoin, but prominent Wall Street figures remain unconvinced that the two are alike. Peter Schiff, CEO of Euro Pacific Capital, pointed out that, despite its many uses, Bitcoin at its core remains a currency that isn’t tied to any central bank. As such, it needs buyers that are both familiar with technology and the crypto market to truly hold value.

Meanwhile, founder of the $98.9 billion Bridgewater Associates fund Ray Dalio noted that Bitcoin’s volatility leaves much to be desired when it comes to guarantees of wealth protection. An investor can place their money in gold and detach themselves from the market for years knowing that their wealth is safely guarded. In comparison, cryptocurrency investors are quite familiar with the astonishing volatility, dizzying surges, and sickening plunges of Bitcoin’s day-to-day price.

Both assets have an established role as a method of payment. However, gold’s uses also include jewelry, electronics manufacturing and medicine. Bitcoin, on the other hand, is still tied to an economy that is very much in its early stages, and while the case for it has already been made, there is much to do before any realistic comparison with gold is drawn.

This year’s events have placed gold in a territory that is unfamiliar to many. While highly valuable, the metal has historically been fairly easy to obtain for any buyer with enough capital. The worldwide flock towards precious metals over the past 9 months and supply disruptions, however, have created a rare situation where gold supply became questionable and premiums skyrocketed.

Banks and metals dealers were the clear beneficiaries, but none benefited more than JPMorgan. Due to its broad offering of precious metals, America’s largest bank managed to post a record profit of roughly $1 billion by November. According to McKinsey CIB Insights’ George Kuznetsov, private banks have rarely earned more than $600 million from precious metals on an annual basis in the past.

Furthermore, Kuznetsov notes that JPMorgan’s gold-based revenue accounts for half of the combined precious metals revenue for the top 10 banks in the U.S., with the latter figure sitting at an estimated $1.7-$2 billion.

Kuznetsov expects JPMorgan’s revenue from the sector to clock in even higher before the end of the year, stating that the bank has supplied investors and funds with precious metals directly as well as ensuring that issuers of derivatives are able to cover their contracts with bullion. While a normalization of contracts will likely subdue the frenzy, Kuznetsov nonetheless predicts gold prices will remain high, supported by overwhelming investor demand.