With the yellow metal up in 2016 by over 20%, investors are scrambling to buy for themselves. Do you still have time to make the move too? 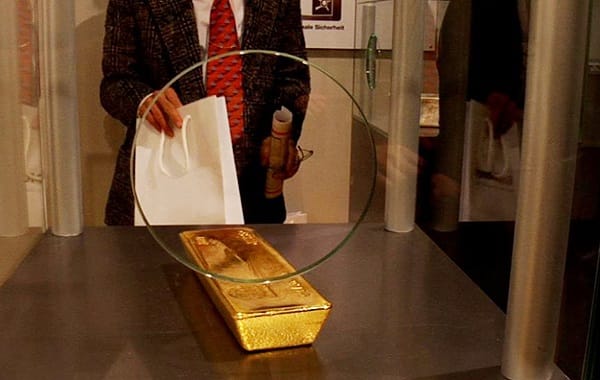 This week, Your News to Know brings you the hottest news involving the gold market and the overall economy. Stories include: Gold investment at its highest level ever, what is really behind the gold price rally, and the world’s oldest gold object may have been found in Bulgaria.

Gold investment now at highest level ever – 16% above previous record
A recent report by the World Gold Council indicates that the first six months of 2016 saw global gold demand reach 2,335 tons overall. This statistic is particularly remarkable when looking at the actual buyers: For the first time ever, investors have accounted for the biggest chunk of gold buying for two consecutive quarters.

Furthermore, investor buying in the half-year period hit a new record of 1,064 tons, 16% higher than the previous one; this statistic is even more notable when taking into account that the previous record was set during the height of the financial crisis in 2009.

John Mulligan, the World Gold Council’s head of member and marketing relations, explained that the record investor buying is divided among hedge funds, Japanese pension funds and bond investors, all of whom are drawn to gold amid heightened global uncertainty. Mulligan added that low or negative interest rates, Brexit-related uncertainty and an upcoming U.S. presidential election are all contributing to gold’s popularity.

And while higher gold demand is being seen around the globe, Western investors seem to be leading the way: Demand for American Gold Eagle coins soared 101% between April and June. Likewise, Britain’s Royal Mint reported a huge increase in demand after the passing of the Brexit vote, going hand in hand with the Mint’s launch of a new trading website.

What’s behind the gold price rally, and will it hold?
It’s no secret that gold has been making strides: The metal is up well over 20% so far this year and the latest World Gold Council report shows record investment demand leading the way. Gold’s success has caused many to wonder: How can it be doing so well and what does the future hold?

World Gold Council director of investment research Juan Carlos Artigas recently explained why the current gold rally is unique – in a positive sense. While the metal’s recent performance is often cited as its best since 1980, Artigas said that the current rally has a much better foundation when compared to the 1980 spike that was fueled solely by macroeconomic uncertainty.

“There is still the issue of macroeconomic uncertainty, but we are also dealing with a U.S. dollar that is less strong than it has been recently,” said Artigas. He also noted that we’re witnessing pent-up demand from investors who have been waiting for an entry point. “Investors reduced gold positions over the past three years and were looking for a reason to get back in to use gold again to hedge portfolio risk and preserve capital,” he added.

Other theorists point their finger towards unprecedented monetary policy that has brought about record quantitative easing, historically-low interest rates and almost $12 trillion in negative-yielding government bonds around the world. One of them is author Jim Grant, who predicts more radical monetary policy and explains gold “not a hedge against monetary disorder, because we have monetary disorder, but rather an investment in monetary disorder.” Mohamed El-Erian, chief economic adviser at Allianz SE, also places the blame on central banks, stating that their artificial lifting of other assets like stocks and bonds has brought about gold’s rally.

No matter the reasons, EFS Advisors’ Scot Hanson believes no properly diversified portfolio can go without the yellow metal. “Gold should always be there,” said Hanson. “You always like to have a zig and a zag in the portfolio, and gold is doing exactly what it should be doing.” And regardless of what’s been driving the rally, most analysts seem to agree on one thing: There’s more of it ahead.

The world’s oldest gold object may have been found in Bulgaria
A recent discovery by archaeologists in Bulgaria might prove that processed gold has been a part of human civilization since at least 4,500 B.C. There, excavators found a gold bead sized around an eighth of an inch that might very well be the oldest gold ornament in the world.

Previously, the oldest gold objects were thought to hail from a necropolis outside the Black Sea port of Varna, uncovered between 1972 and 1991. The Varna Gold was already a mystery of its own, as researchers were puzzled as to how farmers were able to master smelting in just a few centuries in order to produce the 13 pounds of gold artifacts found on the site. Provided that the dating is correct, it would mean that the migrated farmers learned to smelt in an even smaller time frame.

“I have no doubt that it is older than the Varna gold,” said Yavor Boyadzhiev, a professor at the Bulgarian Academy of Science in charge of the dig. “It’s a really important discovery. It is a tiny piece of gold but big enough to find its place in history.”

The bead was found at a dig site called Tell Yunatsite, which is much further inland than Varna. While an unexpected find, Boyadzhiev believes that the bead was manufactured on site by a “lost” Copper-age civilization that boasted industrialized metal production among other advanced practices.