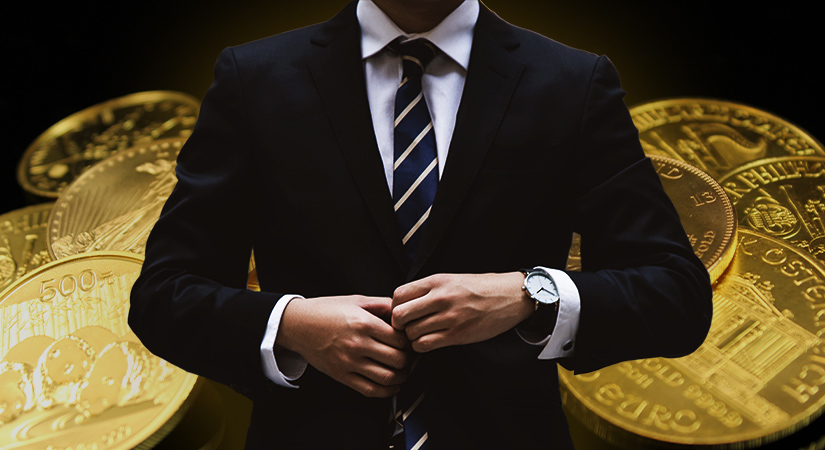 Composite from photos by Hunters Race and Zlaťáky.cz

This week, Your News to Know rounds up the latest top stories involving gold and the overall economy. Stories include: Central bank gold purchases mysteriously skyrocket to 55-year highs, India’s silver demand is bigger than ever and Perth Mint’s gold sales hit a new record.

Central banks bought a staggering 400 tons of gold last quarter – and they used dollars to do it. As Bloomberg informs us:

Central banks bought a record amount of gold last quarter as they diversified foreign-currency reserves, with a large chunk of the purchases coming from as-yet unknown buyers.

The official sector has consistently been one of the main pillars of support for gold prices for more than a decade. Yet last quarter, they bought the most gold since 1967 in a single three-month period. 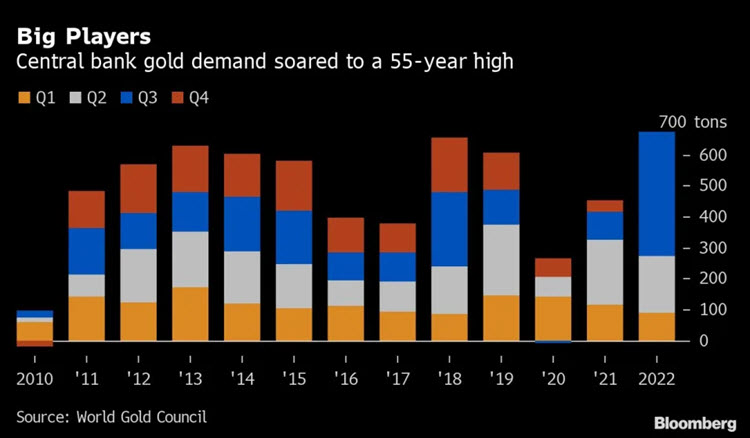 Keep in mind, this isn’t an apples-to-apples comparison. Back in 1967, the gold standard was alive and well. Participating nations needed gold in order to back their currencies. That was probably the motivation back then – so what is it today? (Spoiler alert: we discussed the real reasons central banks buy gold in October.)

In addition, we know that 18 months ago, world dollar holdings hit 25-year lows. While the U.S. dollar has gained in value since then, dollar risk has only increased – inflation is far from under control. Today, central banks have even fewer dollars than those 25-year lows from last year.

What does this tell us? De-dollarization is no longer just a fringe phenomenon our nation’s adversaries are engaged in. Rather, downsizing dollar holdings is a the new competitive sport among central banks – and they’re spending those dollars, it would seem, on buying gold.

Not all official institutions publicly report their gold holdings, or may do so with a lag. We can’t rule out further unreported buying.

Specifically, both Russia and China are major economies who simply abstain from reporting on their gold holdings.

One can only wonder. Either way, that central banks can buy 400 tons of physical gold bullion with virtually no impact on gold’s price reminds us, once again, how disconnected the physical market is from spot figures.

India is cleaning out the world’s silver stockpiles

Stories of India scrounging up silver were, until recently, viewed with “no big deal” attitude by market watchers. This might change in light of recent reports.

Chirag Sheth, principal consultant at Metals Focus Ltd, estimates India’s silver buying will surpass 8,000 tons by the end of the year. The estimate is a considerable upgrade from April’s 5,900 ton forecast.

Besides China and Hong Kong, London is one of the main sources for India’s silver bullion. Sheth says that the warehouses are strained on all ends.

While gold is brought into the country by air, silver is mostly by sea. But now because of the huge demand, everything is coming by air.

Yet waiting times have gone up nonetheless, likewise contributing even more to local premiums. According to Sheth, suppliers now take around 20 days to dispatch orders.

Silver was relatively cheaply priced compared to gold, so that is probably one of the reasons why investors were buying. In terms of institutional silver demand, we saw that in India there was huge demand in the form of silver large bars, purely because the spot price of silver was relatively low historically.

“Institutions” like central banks are stocking up on silver bullion as well as gold! That’s quite astonishing, considering it takes more than 80 times as much space to store an equivalent value of silver compared to gold.

Sheth mentioned that the purchases are primarily the result of pent-up demand, but we have to wonder. After all, we need look no further than the U.S. Mint to confirm that silver bullion is becoming harder and harder to come by.

The story may yet turn out to have more to it than pent-up Indian retail demand. This could be yet another sign of institutional de-dollarization in favor of real, tangible assets with intrinsic value.

Business is good at the Perth Mint. Latest figures show a 94% rise in gold bullion sales compared to the previous month, reaching 115,872 ounces from October’s 59,750.

Interestingly enough, the figure is an eight-month peak, with March being the month when gold posted its latest all-time high. Are gold investors finally starting to remember the “buy low” part of the Wall Street axiom, Buy low, sell high?

“A general pick-up in the appetite for physical gold coincided with the release of The Perth Mint’s 2022-dated Australian Kangaroo series. The response from our global distribution network was outstanding,” said Neil Vance, general manager of minted products.

Why are we talking about Perth Mint? What’s up on the home front?

Well, in addition to the botched silver coin releases we’ve discussed quite a bit, the U.S. Mint can’t get Congress to approve the 2023 commemorative coin program. Ah, gridlock…

While the interruption will probably be temporary, this will turn into quite a delay. A lack of agreement would postpone the program to 2024. It would mark the first time since 1985 that no annual commemorative program was minted. Considering the program started in 1982, that would be dating things pretty far back.

Most of the items in the 80-coin schedule that are nonetheless being promised by the U.S. Mint for 2023 have the word “silver” in them. Given the silver shortages and the strained inventories we just discussed, we should expect a lot of trouble for the U.S. Mint’s production schedule ahead.