How Gold Can Surpass All-Time Highs in 2020 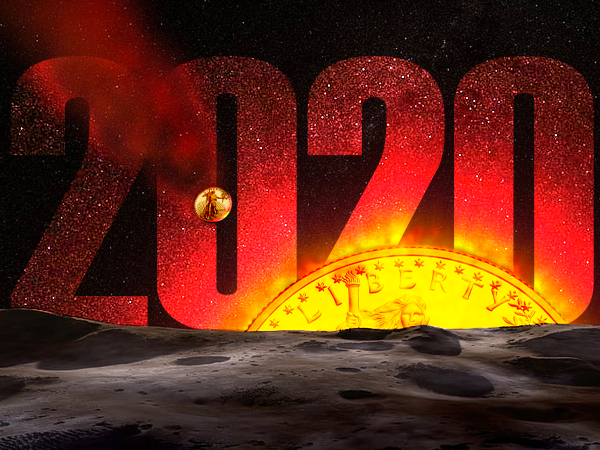 This week, Your News to Know rounds up the latest top stories involving gold and the overall economy. Stories include: How gold could move past its all-time high, central banks loaded up on gold before the coronavirus, and two French children stumble upon gold bars worth over $100,000.

Despite gold’s thunderous move to the $1,750 level, many are calling for the metal to move past its current trading range and continue with its dizzying gains. According to two experts, there is no shortage of drivers that could not only propel gold to $1,800, but also bring it to $2,000 by year’s end.

Darwei Kung, portfolio manager and head of commodities at asset management firm DWS Group, believes the biggest hurdle keeping gold below the $1,800 level has been a dire need for liquidity from central banks, even as investor demand grows exponentially. Despite this, Kung expects gold to capture the $1,800 level by March next year, a move that could be expedited by soaring inflation or economic and geopolitical conflicts.

While a spike in inflation would be highly supportive for gold, Peter Grosskopf, chief executive officer at Sprott Inc, sees this as just one possible tailwind that could push gold to $1,900-$2,000 before the end of the year. Grosskopf noted that gold does just as well in deflationary environments, and that an economic recovery spearheaded by China could pummel the bond market further down and act as a similarly powerful driver.

Grosskopf also thinks the heightened investment demand will continue to play a major role when it comes to gold’s gains, noting that the gold market might not be prepared for investors pouring in from all sides to hedge their bets. Both Grosskopf and Kung highlighted the importance of strengthening one’s savings with gold during times like these, with Kung noting that people should keep an eye out for any dip below $1,700 as a buying opportunity.

Unlike many investors, central banks bought gold ahead of the pandemic, and with good reason

As global investors went into panic mode when the coronavirus crisis turned from bad to worse, gold became the asset of choice, climbing to seven-year highs as buyers sought to protect themselves against any and all downturns. Yet, as TheConversation’s Drew Woodhouse points out, some have forgotten that prior to the pandemic, central bank bullion purchases climbed to an all-time high for two consecutive years.

The official sector bought 656 tons of gold in 2018 and 650 tons of gold in 2019, marking the two biggest jumps in central bank purchases in the last 50 years. Part of the reason behind the doubling of central bank bullion acquisitions between 2017 and 2018 had to do with the numerous warning signs that the global economy was signaling, but Woodhouse notes that there are other factors at play.

As Woodhouse points out, the bullion wasn’t just being bought, but also repatriated, as various countries decided to bring their gold back home. The reasons for this appear tied to a lack of trust between different governments, perhaps best exemplified by former Slovak prime minister Robert Fico’s quote that “your international partners can betray you”, said as he urged his nation to bring its gold back due to fears of a crisis.

Many have taken note that central banks have reduced their gold demand this year, yet Woodhouse is not at all surprised by this development. To Woodhouse, central banks buy gold in order to protect themselves from inflation and downturns, as well as consolidate economic and geopolitical power. Besides a scramble for liquidity, central banks may have also eased off gold purchases as a seven-year high might not seem like a particularly attractive entry point for multi-ton buyers. Still, Woodhouse believes that central banks could very well resume their all-time-high purchases over the next few months, and that doing so would signal both expectations that gold prices will rise and that there is economic trouble on the way.

Two French children uncover $100,000 worth of gold bars while building a fort

According to French local media, one family’s visit during the coronavirus lockdown proved to be an unexpectedly lucrative venture. As BFM TV reports, a family with two children around 10 years of age went to visit a relative in Vendome.

A few days into their stay, the children scoured the relative’s home for materials they could use to build a makeshift fort. Yet the children’s playtime quickly turned into something more, as the kids stumbled upon two gold bars wrapped in a sheet.

The children’s father immediately contacted auctioneers who confirmed the kilogram bars as gold bullion and placed their combined value at just above $100,000. Philippe Rouillac, an auctioneer at the local Rouillac auction house, revealed that the bars had been purchased by the children’s grandmother as far back as 1967, but had since been forgotten by the family.

Rouillac also said that the family will stave off their sale of the bars for a while longer due to gold’s price movement this year. “We are going to wait for gold prices to rise a little more,” said the auctioneer, noting that the bars would have been worth around €43,000 ($46,890) at the start of 2020, but predicting that their value could rise to €54,000 ($58,880) by June.