Gold Investors Get an Early Christmas Present from the Fed 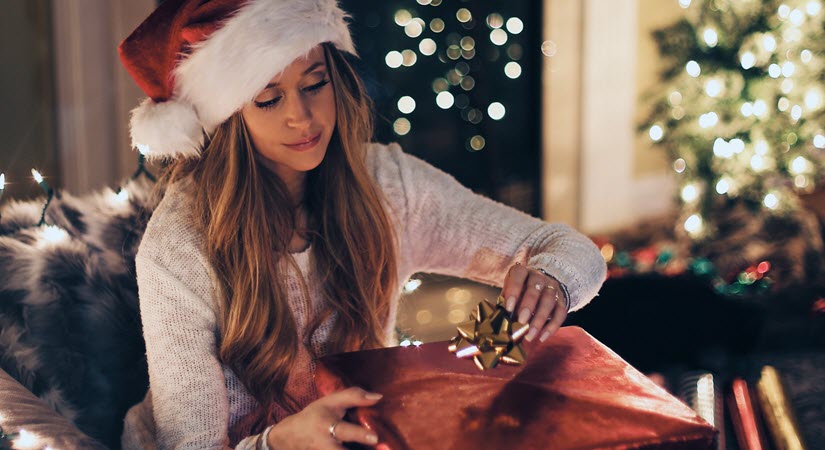 This week, Your News to Know rounds up the latest top stories involving gold and the overall economy. Stories include: The Fed can only spur gold investment, precious metals expert shares views on market state, and jewelers’ gold sourcing in times of sanctions.

The latest analysis by Sunshine Profits goes into the tangled web of the Federal Reserve’s money printing, its subsequent battle with inflation, and how this mess affects the gold price.

Last week, U.S. stocks rebounded on pure optimism and nothing else just because the latest retail report wasn’t as disastrous as expected. Virtually every commodity followed along, with the most industrial ones posting the most gains.

Markets going up is a good thing, right?

Global stocks have gained another $400bn in market cap this week despite rising pandemic uncertainty. Global stocks are now worth $122.35tn, the highest in history and equal to 145% of world GDP, an ATH as well. pic.twitter.com/0slqdMh3tN

The Fed’s Kansas City manufacturing survey tells a completely different tale. “Inflation is killing us,” say industrialists (among many other things). They reveal a labor market beset by shortages, and a manufacturing sector that is being pummeled by surging prices on its vital commodity supplies. Higher costs for both materials and labor drive up the prices of finished products (so it’s no surprise to see the Burea of Labor Statistics reporting a staggering 16.3% increase in prices on “final demand components,” in other words, the prices we pay for manufactured goods).

Right now, this price surge is manifesting in the form of rising stock and commodity prices. That can easily be mistaken for an increase in profits, which gives market analysts and investors the wrong idea.

But the Fed is very much clear on what it has in store. As the analysis notes:

The only bullish outcome is if economically-sensitive commodities collapse on their own.

If investors continue to bid up stock prices, the follow-through from commodities will only intensify the pricing pressures in the coming months.

Anyone who’s optimistic on the markets right now must not have been paying attention to the Fed’s bottom line. As Fed Governor Christopher Waller outlined it, “I support tightening policy by another 50 basis points for several meetings. In particular, I am not taking 50 basis-point hikes off the table until I see inflation coming down closer to our 2% target.”

And, to drive the point across, Waller continued: “If inflation doesn’t go away, that… rate is going a lot higher, and soon.”

In other words, higher asset prices are causing more inflation, namely those in commodities but likewise stocks. The Fed is determined to bring down the inflation rate, and anything from a collapse in both the stock and commodities markets to a grueling recession – well, that’s a secondary issue.

Let’s remember, the Fed is looking out for the entire national economy, not your personal financial situation. The steps the Fed takes to save the economy may wreck countless individual families’ financial futures, whether or not the Fed succeeds.

Interestingly, gold was included in the list of commodities posting price gains last week. Perhaps it’s appropriate, as those who own gold will (historically speaking) watch this battle unfold from the sidelines, while reaping the rewards regardless of the ultimate outcome.

“We are in the early stages of a market collapse”

Mark Yaxley, managing director at SWP, joined Investing News Network to discuss the broader market situation and what gold investors can expect in the near future.

Yaxley has 16 years of experience as a gold dealer – which means he was in the industry during the last big economic meltdown, the 2008-09 Great Financial Crisis. And right now, he sees parallels in gold’s price movement today with those he watched back in 2008.

Back then, gold fell 17% over five weeks in a pullback that left gold investors crying, “Foul! Manipulation!” and a bunch of saltier exclamations.

Gold then rose by 140% over the next three years (dwarfed by silver, which surged 400%). Precious metals investors weren’t complaining any more, except to wish they’d bought more.

What has Yaxley’s experience led him to believe?

My opinion is we are in the early stages of a market collapse — not for precious metals, but for the equity market, for the stock market. I think that we’re going to go into a recession, (and) within the next 30 days to six months we’re going to see something pretty severe happen in the market.

He then goes on to discuss the specific price movements in precious metals: “Generally what will happen with gold and silver is exactly what we’re seeing right now — the price will go down initially with the equity markets, and then it will go up in a pretty dramatic fashion.”

(I recently explained gold’s price movements in times of crisis in greater detail.)

Before the latest rebound, stocks posted a first-quarter performance that had many outlets painting a narrative as if the crash already happened. (I know I did.)

However grievous the performance so far this year, it may be closer to the thunderstorms we see before a tornado strikes. To Yaxley, this massive first-quarter selloff has only been the earliest stage of the crash.

We can only guess what the full length will look like, but precious metals’ historic performance during times such as these doesn’t leave much room for guesswork.

Yaxley also spoke about physical gold demand trends on the investment side. He said that despite not matching the figures of the last two years, bullion demand so far this year has remained robust.

We’d all like to live in a perfect world where the gold mining process is reminiscent of the California Gold Rush: tranquil panning by the riverbank.

But, as Laurent Maeder, professor at the Sustainability Management School, told Reuters: “You don’t have clean gold or clean diamonds even if they are labeled fair.”

The efforts by luxury jewelers to portray their gold supply as clean or sustainable are therefore more easily attributed to image concerns. During times when the second-largest producer of gold in the world, Russia, has fallen out of favor, this is proving troubling.

Luxury jeweler Richemont says 94% of its gold comes from its in-house refinery Varinor, which uses recycled gold from sources that supposedly exclude Russia. Watch brand Swatch said last year that it’s trying to avoid recycled gold due to a lack of mine traceability. Rolex, on the other hand, touted a proprietary system of tracing gold from its mine, through the refinery all the way into the finished product.

The Responsible Jewellery Council (RJC) had a fallout with several companies in March due to its ties to a Russian gem mine. It’s a relationship that the RJC expects will be rekindled, perhaps partly because the RJC label is important to issuers of luxury jewelry.

“I’ve heard there are challenges in Dubai, we don’t buy gold from there,” said Richemont’s new sustainability head, Berangere Ruchat. The Middle East was expected to become a primary buyer of Russia’s “sanctioned” gold from the beginning. Argor-Heraeus likewise halted Russian gold purchases in February.

Luxury jewelers have two things going for them: their image, and their materials. Taking Maeder’s comments into account, one suspects that the two need to be carefully balanced. And “war supporter” is one label these companies seem eager to avoid.

What does this mean for gold’s price? When demand is steady, a reduction in supply virtually guarantees an increase in price. On the other hand, it’s likely Russian gold is already entering the world marketplace through such sanction-defying markets as Dubai and Shanghai. I recently read an analysis that called gold “the unfreezabale asset,” and it’s hard to disagree.

Gold remains the store of value asset that defies politics and sanctions, that ignores attempts to freeze or “cancel” it. Regardless of its source, it seems like gold will always find a motivated buyer.