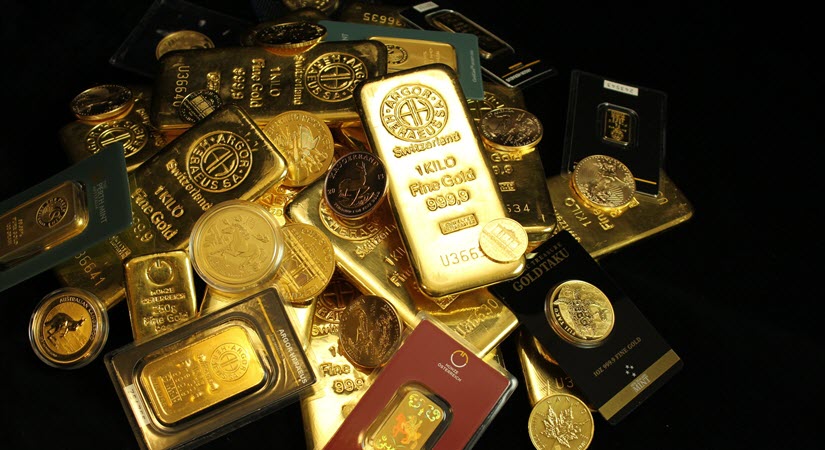 This week, Your News to Know rounds up the latest top stories involving gold and the overall economy. Stories include: Gold retailers enjoy another good season, the Federal Reserve’s dietary recommendations for Thanksgiving, and what top analysts think of gold as an investment in the year ahead.

Gold is a more popular holiday gift than ever

Daniel Fisher, CEO of UK-based bullion retailer Physical Gold, discussed the recent surge in gold demand and why gifting gold isn’t just an Asian phenomenon. Fisher said that this is the second holiday season with off-the-charts demand. Last November’s sales were up 2,000% compared to 2019, and Fisher thinks history is repeating itself…

These were people talking about how they worried about inflation, given how much money the government was printing for furlough programs during the pandemic. Some people wanted to pass down money to their kids or grandkids in a way that it didn’t lose its value over time, or they wanted them to learn the value of investment.

Among the more popular items are gold bars ranging from 5 grams (about 1/6 troy oz) to 1 kilogram (32 troy oz), along with modern gold bullion coins and older numismatic coins. Whereas a new mintage of such coins goes for around $446 each, something issued between 1911 and 1932 is likelier to fetch $470. Coins and 5-gram bars were of particular interest last November, with customers calling in due to worries over inflation and a desire to have and give something of lasting value.

Although precious metals supply issues aren’t as severe as last year’s, Fisher said that sellers are becoming more unwilling to part with older coins due to the rise in gold price and a general debasement of fiat currencies. U.S.-based retailers like Kitco Metals and Money Metals Exchange are also seeing demand spikes, but their CEOs aren’t quick to attribute these to seasonal spirits.

Bart Kitner, president of Kitco, said investors purchase gold in much larger quantities than seasonal shoppers, causing the latter’s purchases to blend in with overall high demand. Money Metals Exchange CEO Stefan Gleason said that the broad increase in gold demand, not holiday seasons, is what’s behind surges in buying.

A deviation from the standard stock/precious metals holdings portfolio allocation towards precious metals indicates that investors are responding to current or anticipated economic conditions and are hedging against either inflation, a bear market or monetary deterioration. The persistent financial uncertainty we experience daily as a result of world events keeps precious metals an integral part of any long-term investment strategy.

The consensus is, you can distinguish investors from gift-givers simply by looking at the transaction. Those who buy gold as gifts tend to spend about $1,000 per transaction. Gold investors purchase in much larger quantities, well into the six- or seven-digit range.

The, “Let them eat cake” quote’s origins are debatable, but are generally attributed to Queen Marie Antoinette who couldn’t understand why peasants were rioting because they didn’t have bread to eat. It’s become an example of just how disconnected the elites can be from the everyday citizen.

Is the Federal Reserve, now, looking to go down in history with its own version of, “Let them eat cake?”

The Federal Reserve Bank of St. Louis sent out a Thanksgiving message to families in the U.S. recommending a soy-protein-based holiday meal as a method to celebrate the holidays while avoiding the burden of rising costs.

Nothing wrong with soy protein, of course. But it’s a little too close to the Marie Antoinette original for comfort…

Gas prices too high? Bicycling is healthy and fun, too!

Food costs too much? Eat something else!

Essentially, this highlights the Fed’s blasé attitude towards rising inflation. According to the American Farm Bureau Federation, an average Thanksgiving meal costs 14% more than it did last year.

In other words, we just celebrated the most expensive Thanksgiving in history – so far. (Although, if you skip the turkey like the Fed suggested, it would only cost 6.6% more than last year.)

And that brings us to the underlying bullish case for gold (especially after the market-soothing Powell renomination which might have pushed gold prices down recently). Powell’s team is behind the worst inflation we’ve seen in the last three decades, and the general consensus is next year will be even worse.

Nothing we’ve seen so far points to the contrary. Many argue that even the Fed’s self-imposed 2% “healthy” inflation target is unnecessary to begin with. Yet between Powell’s statements on how inflation running far past 2% is desirable, multi-trillion spending bills with strange items on the list, and no lack of inclination towards Modern Monetary Theory, things are starting to shape up. The Fed wants to experiment with as much inflation as it can, which is all gold needs to outperform.

Those investing in gold aren’t betting on outlandish scenarios like hyperinflation or full-fledged socialism. They aren’t necessarily survivalists or doomsday preppers. To the contrary, long-term gold investors simply have concluded that the Fed either doesn’t want to, or doesn’t care to, rein in thirty-year-high inflation.

Essentially, investors have fallen into one of two groups: Those who appreciate the Federal Reserve’s money-saving cooking tips. And those who prefer to make up their own minds about how they’ll celebrate the holidays.

Gold’s price in 2021: Analysts from top banks weigh in

With gold having hit a high of $1,845 this month, it pays to examine what analysts are saying regarding the metal’s future trajectory. In July, Goldman’s team said that $2,000 is the next target for gold, and a reachable one. Importantly, this is a target for those with an optimistic view, as it excludes rampant inflation and snags in the global economic recovery.

Swiss bank UBS seems to be somewhat out of touch with reality as it wonders why investors continue to hold onto as much gold as they are, purporting that we are moving away from the worldwide crisis. Here’s to hoping. Morgan Stanley, on the other hand, advised investors to assume a more defensive positioning with their portfolio.

The bank likes both gold and silver as inflation hedges, saying that silver might be better in the role but comes with a lot of volatility compared to gold. Those interested in buying might want to wait for bouts of dollar strength, said the bank, as these invariably push gold down in the short-term and present a buying opportunity.

And while it’s often said, accurately so, that gold has outperformed the S&P 500 Index over the last 20 years, it doesn’t hurt to remind investors that this has more to do with gold and less so with the U.S.’ top stocks. The analysis from ABC Bullion Company and Chant West had gold emerging as the top performer across all Australian assets over the last 15 years, with an average annual compound of 10.6% during the period.

While timing the market is difficult, our analysis shows investors can improve the risk/reward profile of their portfolios by maintaining a strategic allocation to gold throughout the entire business cycle.