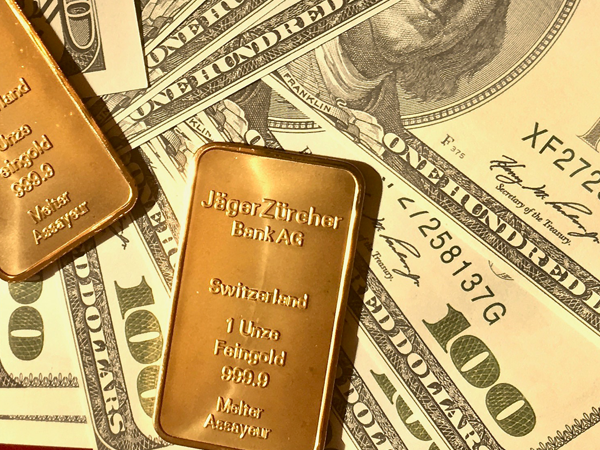 Photo by Finds.org | CC BY | Photoshopped

This week, Your News to Know rounds up the latest news involving precious metals and the overall economy. Stories include: Gold has enough momentum to climb above $2,000 an ounce, bet on gold against negative bond yields, and how silver’s pent-up momentum could send it soaring.

Gold has Enough Momentum to Climb Above $2,000 an Ounce

Throughout this summer, numerous outlets have upgraded their gold price forecast to $1,600 an ounce in the near-term as the metal persistently hovered around the $1,530 level in an impeccable show of strength. Others, however, are even more bullish on gold’s prospects, especially over longer stretches according to an article on MarketWatch.

Brien Lundin, editor of Gold Newsletter, took note of the remarkable demand for gold during times of various economic and geopolitical flare-ups. Besides the U.S.-China trade war that drove many investors towards safe-haven assets over fears that the global economy could be severely impacted, the Federal Reserve’s policies have also played their part in gold’s upswing. Along with the move towards monetary easing, the recent inversion of both the 2-year and 10-year Treasuries’ yield curve reignited the already-present concern that a U.S. recession is on the horizon. The continuous stream of weak economic data from major economies suggests that the next crisis could engulf the entire global market.

Stan Bharti, chief executive officer of private merchant bank Forbes & Manhattan, thinks that other factors are at play. Like billionaire investor Ray Dalio recently stated, Bharti thinks that the global investment landscape is seeing a shift away from risk assets such as stocks after 8-10 years of a bull market powered by low interest rates.

While Bharti sees gold reaching $1,600 an ounce sometime during the next quarter, the CEO also thinks the metal will jump above $2,000 by the end of next year over inflationary concerns. Lundin is also vocal about the threat of inflation, stating that the increasing likelihood of both domestic and global quantitative easing programs (QE) could send gold soaring at any time. Over a longer period, Lundin believes that gold’s climb to $1,800 or $2,000 is a near-certainty.

In a recent analysis, Andrew Hecht, creator of the Hecht commodity report, urged investors to place their faith in gold in an environment where an increasing number of assets and currencies are giving off shaky looks. According to an article on Kitco, out of the various economic and geopolitical drivers pushing gold higher, Hecht pointed to the rise of negative yields around the world as a key tailwind to look out for.

As Hecht noted, the notion of negative bond yields was inconceivable for most investors prior to the 2008 financial crisis. But in its wake, low or negative yields have become the norm around the globe, and Hecht thinks that gold’s recent performance is indicative of a steady depreciation of government-issued money. Hecht pointed out that gold is already at an all-time high in many currencies, and that the metal appears to be heading in the same direction even in denominations of marquee fiats such as the U.S. dollar, euro and Swiss francs.

Hecht is wary of a potential global economic crisis as growth slows and governments employ various measures to stimulate their economies such as forcing investors to pay in order to hold government debt. Hecht believes that uncertainty over Brexit and various trade and currency disputes around the world could usher in another financial crisis similar to that of 2008, leading central bankers to debase their currencies further through quantitative easing programs.

Hecht took special note of the U.S. Treasury, which has managed to somewhat hold on as Japan and Europe sliced their own bond yields. Yet with the already priced-in interest rate cuts by the Fed and the recent inversion of both Treasuries’ yield curve, Hecht believes that U.S. bonds will eventually plummet into negative territory, leaving investors with no safer option to turn to than gold.

How Silver’s Pent-Up Momentum Could Send it Soaring

While silver is generally seen as a cheaper alternative to gold, a recent analysis on Seeking Alpha showed that the silver market has enough pent-up momentum to stagger investors when it comes to the metal’s valuations.

Experts have continued to point out that silver prices remain incredibly undervalued compared to gold, even before the yellow metal’s recent breakout. Yet recent events, such as silver’s climb above $17.17 an ounce, suggest that the metal is finally staging its price catch-up.

As Michael A. Gayed notes, the gold/silver ratio is a gauge of both metals’ prices that dates back millennia. Since gold is believed to be 15 times rarer than silver, any instance of the ratio surpassing that figure should be seen as an opportunity to buy, as silver’s price will eventually balance out.

In recent times, however, the gold/silver ratio has climbed to record heights of 89.6, solidifying the view that silver is grossly undervalued. For a brief period, silver’s prices remained static even as gold posted gains despite the two metals’ close correlation.

Silver’s recent move above its highest level in more than a year points to a possible end to the puzzling dormancy in the silver market. Should the metal continue to post gains as it has throughout the summer, the long-awaited normalization of the gold/silver ratio could lead to a price explosion unseen in decades.