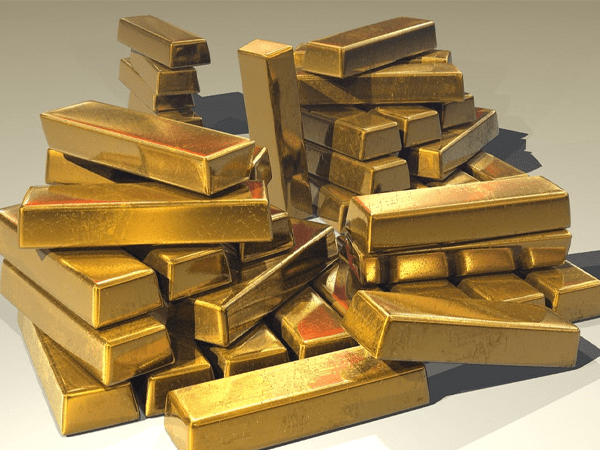 This week, Your News to Know rounds up the latest news involving precious metals and the overall economy. Stories include: Gold’s technicals will bring the metal to $1,480 in 2020, why gold is still on long-term track to reach $2,000 an ounce, and Uzbekistan’s central bank aiming for 430-ton gold stockpile within a few years.

After a stellar run that saw gold all but erase its losses from the previous year, both new and old entries to the market have been left wondering: what’s next in store for the metal?

According to Westpac, gold is looking at a period of sustained gains that will bring it to multi-year highs. The key driver in this scenario will be a deterioration of the U.S. fiscal position, said Robert Rennie, Westpac’s global head of market strategy.

This deterioration will come as a result of peaked-out growth coupled with governing parties with radically different opinions unable to agree on a budget, reports an article from Kitco. From there, the dollar will return to its familiar bearish stretch while gold continues to plow forward, bolstered by a more dovish Federal Reserve policy.

Through a simple Fibonacci retracement, Rennie notes that gold’s chart is pointing to $1,380 in the near future. However, even all-time-high central bank demand won’t be enough to push gold further this year, and the metal will likely spend much of 2019 under the $1,400 mark.

After that, the fiscal policy-related stress and a change of course by the Fed should be enough to bring gold to $1,480 an ounce somewhere in 2020, says Rennie.

The halt to gold’s upwards momentum comes after close to four straight months of gains, leaving the metal near its highest price level since 2016, reports MarketWatch. To Rob Haworth, senior investment strategist at U.S. Bank Wealth Management, this is representative of the $1,350-$1,400 range that gold has been held back to for the past five years.

Haworth believes that the metal will require additional easing to establish itself atop $1,400, whether through looser monetary policy or added volatility. On the other hand, Mark O’Byrne, research director at precious metal brokerage GoldCore, thinks gold is on a long run that will bring it to $2,000 in the next 24 months.

O’Byrne’s prediction has to do with the number of mounting risks on the horizon, as well as the reluctance of anyone to address the ever-more-startling debt issue. With a $22 trillion national debt, U.S. Treasuries could soon find themselves robbed of their “risk-free” status as investors seek shelter elsewhere.

According to recent data, diversification away from the dollar is already happening in the most direct form possible as central banks scour in search of bullion. While an important part of gold’s fundamental picture and greatly beneficial to prices due to strained supply, heightened central bank gold demand also helps restore gold’s image as a currency.

“Central bank choices about composition of their reserves send important signals to financial markets about relative safety of currency alternatives,” explained Sprott’s Trey Reik. “Whenever gold allocations are on the rise, central bank authority is augmenting the [money-like qualities] of gold.”

Last year’s story of central bank gold demand was mostly written by Russia, Kazakhstan and Turkey, as the three emerging markets dominated bullion demand metrics from the official sector. Together, with help from various European and Asian countries that recently re-entered the gold market, the three brought total central bank demand figures for 2018 above 600 tons.

And while Uzbekistan didn’t rank among the top three buyers last year, the country’s central bank is nonetheless looking to expand its gold stockpile considerably over the next few years, states Kitco. Various international media outlets have reported that Uzbekistan is rolling out a four-year development plan that largely centers on gold.

The State Committee on Geology and Mineral Resources announced that the 2020-2024 plan will involve bringing Uzbekistan’s central bank gold reserves to 430 tons. The buying could start as early as this year, with 81.37 tons of gold already scheduled for purchase.

Past increasing its reserves, Uzbekistan will also look to boost domestic production of the metal by investing $230 million in mining exploration. Currently, the country ranks as the world’s ninth-largest gold producer.