As gold continues to soar in 2016, people are flocking to it. Here’s what you need to know about this year’s top performing commodity. 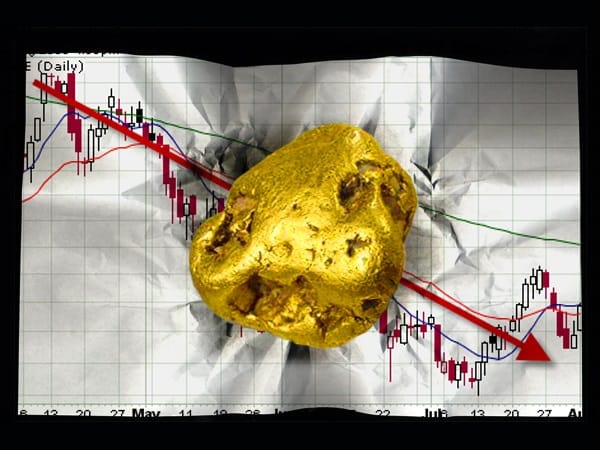 What a start to 2016 it has been for the financial markets! Increased volatility appears to be the new norm.

With reports of people lining up around the block in London to get their hands on physical gold, it’s little wonder that the precious metal is outperforming other asset classes so far this year, and broke through the $1,200 barrier on Thursday.

People are sensing that another financial crisis is looming. And, with the price of oil now under $27 a barrel and stock markets plunging around the world, they are seeking protection in the “safe haven” asset class of gold.

The drop in the stock market could just be the beginning of something far greater.

Presidential candidate Donald Trump is openly telling people what most politicians dare not say, that the stock market is in a bubble.

As someone who puts his money where his mouth is, Trump declared that, after selling all his stocks last year, he is completely out of the stock market.

Many people are seemingly doing the same, and then taking the opportunity to buy up physical precious metals.

And it isn’t just your everyday person who is buying gold; even larger demand is coming from central banks and China.

While central banks are buying to diversify out of the vulnerable U.S. dollar, the Chinese have always seen gold for what it is — a wealth preservation asset. Not to mention that China is facing their own problems at home.

With worldwide demand for gold growing around the world, and with supply dropping 4% in 2015, free market logic suggests that the price should increase long term.

The Fed has already set expectations for the potential of negative interest rates in the future; given current market conditions, you’d have to think that this is less a case of *if* it will happen and more likely a case of *when*.

Reality is setting in for central banks around the world — not just the Federal Reserve — as they begin to lower rates (even further!) in order to try spur growth. They are so desperate that now five central banks have rates in negative territory… and they may likely go even lower if things don’t improve, or if we continue to see signs that we’re in another recession.

What most people don’t realize about a recession is that we often don’t know we’re in one until after the fact. So, while the media is questioning right now whether the next recession is coming, the truth is that it could already be here.

The point is simple: You don’t want to wait to take action until we have official notice. You need to act upon your own conviction, and upon what you believe is best RIGHT NOW for you and your family.

Those who have scooped up gold, the “safe haven” asset, can rest easy knowing that their savings are protected. Do you have your safety net?