This recent report suggests that a large global demand for gold will trump whatever supply is brought to the market. 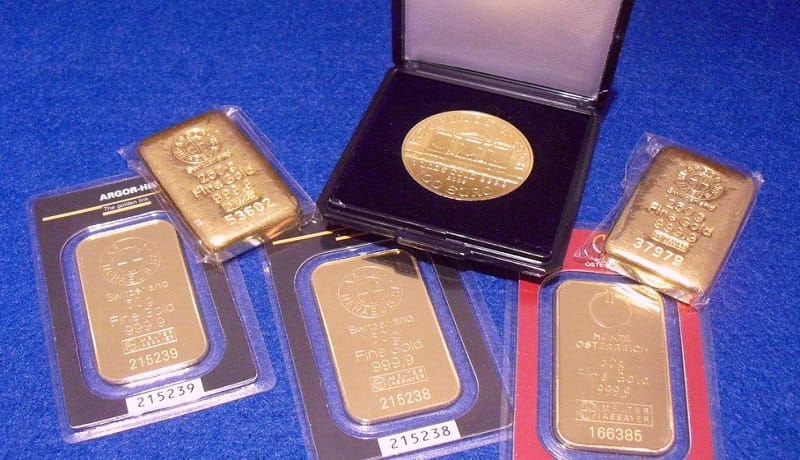 Every week, we bring you the latest news and critical reads on precious metals in Your News to Know. Stories this week include: A supply deficit for gold is expected in 2015, investor demand for gold expected to encourage a bull market and divers off the coast in Israel uncover a treasure trove of gold coins.

2015 expected to experience a deficit in gold supply

In a recent report on his blog, Lawrie Williams cites recent data suggesting a considerable lack of gold supply worldwide. According to Williams, a World Gold Council report on the gold demand trends might be overlooking some significant statistics, which would make actual gold demand much higher than reported.

Williams notes that the estimated 814 tonnes of consumer demand and 2,100 tonnes withdrawn from the Shanghai Gold Exchange fail to take into account gold purchases by commercial banks that are thought to be around a considerable 1,200 to 1,300 tonnes. His report also suggests that the Chinese central bank might be using commercial banks in order to increase its gold reserves under the International Monetary Fund’s radar.

The 2014 gold demand report by the WGC also notes an increase in Indian demand in gold, which can be attributed to the upcoming loosening of the gold import policies by the new government. This means that, together, China and India consume essentially all of the global gold supply, creating a notable deficit that could be as high as 1,800 tonnes. Even if the demand lessens around the middle of the year, like it often does, Williams states, “overall deficit figure would still likely be large – perhaps in the region of 1,000 tonnes of physical gold or more.”

The report also points out that such a lack of gold supply can only mean one thing for the price of the precious metal. “With gold disappearing from the supply chain at this kind of rate one wonders how long the gold price can be held down at current levels,” Williams warns. “If the East eventually succeeds in wresting precious metals price control away from the West, we could see a sea change occurring in gold and silver market valuations.”

“Investors remain the marginal price drivers for gold and sustained rallies are unlikely without a pick-up in non-commercial demand,” BAML analysts said. “Against this backdrop, we note that practically all of the usual macro-economic variables, including USD and real interest rates, but also risk levels and S&P GSCI have not provided an incentive to increase gold holdings of late.”

While some of the present market conditions, such as the strengthening of the U.S. dollar and the hawkish Fed policies, have been keeping gold prices at current levels, the hike in interest rates by the Federal Reserve, currently expected for June, could act as a bullish trigger for the price of gold.

BAML stated that “while the U.S. central bank remains intent to raise the policy rate, we see a risk that low inflation and slowing job/activity growth could lead to a ‘later move’ than September. In turn, this would be a trigger for a meaningful gold price appreciation.”

According to the analysis, the average price of gold in 2015 will likely be around $1,238 an ounce due to several economic factors, mainly the slowed growth of supply from gold mines as well as increased market demand for the metal.

This week, the Israeli Antiquities Authority (IAA) revealed a record amount of gold coins were found by scuba divers off the country’s Mediterranean coast.

The treasure trove, the largest ever uncovered in Israeli history, was accidentally spotted by members of a diving club nearby. “At first they thought they had spotted a toy coin from a game and it was only after they understood the coin was the real thing that they collected several coins and quickly returned to the shore in order to inform the director of the dive club about their find,” the authority statement said.

The 2,000 coins in different denominations, originating from the Fatimid Caliphate, weigh in at around 20 pounds total and have been deemed priceless by the antiquities authority, who refused to provide a potential price estimate. An authority spokeswoman also added that there will be no finder’s fee for the coins, which were uncovered by the winter storms in the area.

Several origins for the treasure have been suggested by Kobi Sharvit, the director of the IAA marine archeology unit, who also announced that excavations will be done on the treasure trove site in order to ascertain how the gold coins ended up there.