Home » Blog » Gold Drops – But is the Media Missing the Story?

Gold Drops – But is the Media Missing the Story?

Yes, the news reports are true: The price of gold just had a bad week. The media has been quick to jump to conclusions, but are they missing the bigger picture? Find out here. 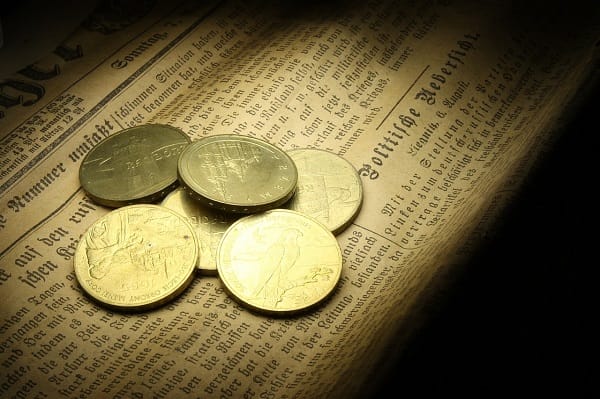 The price of gold took a hit this past week. It started in the quiet hours of Sunday night, when a mysterious $2.7 billion of paper gold was dumped on the open market. Ultimately, the price of gold sunk under $1,100.

Most of the media has jumped on gold’s back, practically relishing its troubling week.

But is a large part of the media missing the point? Is this truly a story about gold, and only gold? We believe there are much more important factors at play – and they most prominently begin with the dollar.

In recent days, the U.S. dollar has been making strong gains against other currencies.

Alan Greenspan recently summed up what this really means: The U.S. dollar is just the best of a bad lot. Especially given the current Greek debt crisis and the uncertainty it’s creating for the euro, right now, investors see the dollar as a temporary safe haven.

Of course, when it comes to everyday expenses at the grocery store, gas station, etc, I think most Americans would scoff at the notion that the dollar is “strong”! Indeed, we don’t need Alan Greenspan to see that the dollar continues to lose purchasing power (regardless of the dollar’s supposed strength against other currencies).

For all fiat currencies, one thing has always been true: Over time, they lose purchasing power.

Since the gold standard was completely abandoned in 1971, the dollar has lost 85% of its purchasing power.

Meanwhile, gold has maintained its purchasing power. See what has happened to the value of gold since we abandoned the gold standard: 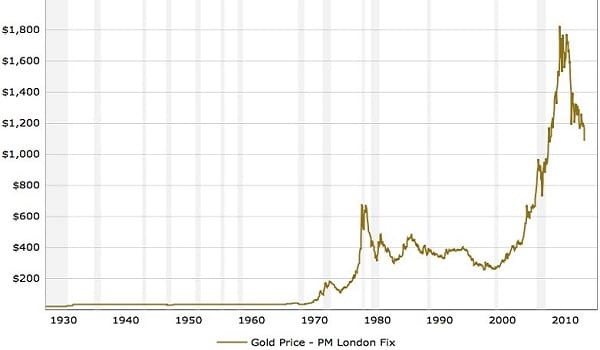 Imagine you were asked this simple question: If you had to bury two boxes, one with a 1 ounce gold coin and the other with $1,100 (today’s rough equivalent value in dollars), and in 20 years dig them out of the ground, which box do you think would have held its value? I think most rational Americans would have the same answer.

All historical evidence points to gold holding its value better than a fiat currency.

Let’s also remember another important point: This is a news story in the United States, because we value gold in terms of our dollar. In many other countries, this is not a news story – because they value gold in terms of their own currency. Consider that in the past 12 months, gold is up in value relative to the euro, the Russian ruble, the yen, the Australian and Canadian dollars, and more.

For the people around the world who use those currencies, Ross Norman, CEO of Sharps Pixley, puts it perfectly: “Gold does what it should do to those who need it.”

When will you need gold? Today, despite being down in the past week, gold still maintains its status as one of the best ways to preserve your purchasing power. And what about tomorrow? What will happen to the dollar when it is NOT so strong against the euro and ruble and yen and other currencies?

The point is this: The reasons for owning gold do not change with day-to-day or week-to-week price fluctuations. They hold true whether you buy today, last week, last year or last decade.

For the media, consistent performance is not an exciting story. What’s exciting for the media is when gold drops as it did this past week.

But when it comes to your savings, do you want excitement? Or do you want the time-tested asset? The choice is yours.

If you’re also on Twitter, be sure to follow us here for all the latest and relevant financial news.