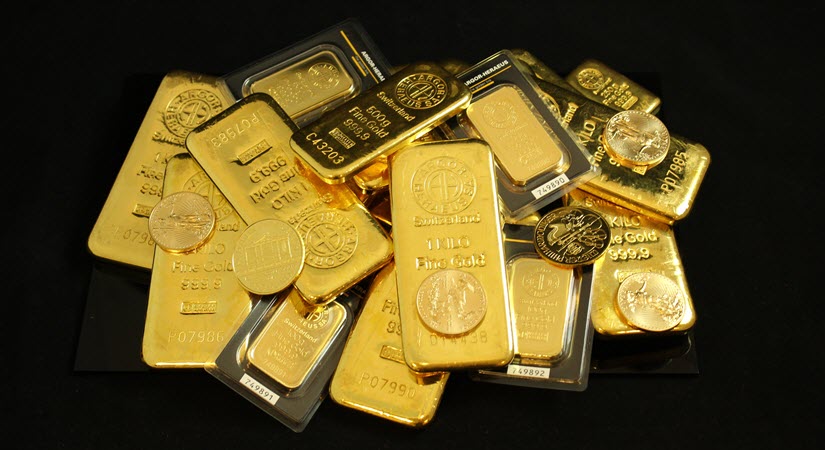 This week, Your News to Know rounds up the latest top stories involving gold and the overall economy. Stories include: How paper money is working in gold’s favor, gold is the place to be in instead of risk assets, and diver finds 1622 gold coin from Spanish shipwreck.

In a recent analysis, Egon von Greyerz asks the question of how long the current financial experiment can last. Some are hoping that the debt expansion, with debt bubbles on one hand and depreciating currencies on the other, will continue for another century. Even the most optimistic think today’s currency system can last more than 50 years.

He may be right. No currency has truly withstood the test of time. Today’s so-called top currencies only stretch back to the 1900s, and there are countless sovereign fiat currencies that perished in the meantime. Consider the loss of the dollar’s purchasing power since 1971. This is a powerful example of the long, slow decline of a currency. Furthermore, this example demonstrates just how dangerous faith in free-floating paper is over the long term.

This is exactly why von Greyerz always highlights the importance of owning and investing in physical gold (as opposed to derivatives). A staggering $180 billion of paper gold is traded every day, or 350 times more than the amount of gold actually produced daily. Consider that number for a moment. If you hold a single ounce of paper gold, you’re one of 349 others with a claim to it.

Furthermore, while central banks purport to own a combined 34,000 tons or $2 trillion of gold, von Greyerz estimates that around half of it has either been leased or sold to private entities. He believes none of the leased gold is ever going to return to national vaults (which might explain the hastiness of certain nations to repatriate their bullion).

Instead of trying to time the market for an optimal entry, von Greyerz recommends all investors should view gold as necessary insurance instead of dwelling on intra-day price changes. He believes day-to-day price fluctuations distract many investors from gold’s true purpose, which is to be a safe haven, a long-term hedge against economic risks.

Despite this, gold right now sits around the cheapest level relative to the money supply in the last 50 years. (Considering that the Fed has chosen to do away with tracking the money supply is all the more telling.)

von Greyerz uses the example of his own company, which invested in gold in 2002 when it was hovering around $300 and sentiment was very negative. It would be fair to say that the markets can’t afford another bout of low sentiment as between 1980 and 1999. Still, new and old gold investors can relish the knowledge they’rere able to obtain the best investment insurance available for a bargain. And given the recent expansion in U.S. money supply, gold is likely to remain a bargain even when it reaches $3,000. This is something von Greyerz expects to happen soon, and explains the urgency of his message.

Veteran investor: It’s time to simmer down on risk and increase exposure to gold

Veteran investor David Tice, known for his aptly named Prudent Bear Fund and AdvisorShares Ranger Equity Bear ETF, spoke to CNBC about what he thinks is an impending market crash. While always on the cautious side, Tice sees a lot of warning signs that are looking to cause more than just short-term disappointment:

We are adding debt like we’ve never seen. We have the Treasury market acting very strange with rates falling dramatically. We’re not out of the woods yet, and this is a dangerous market.

The Treasury’s ongoing underperformance, yet outperformance compared to other sovereign bonds, shows just how big the bond market’s problems are and that a crash would likely be of tremendous magnitude. Tice is just as concerned about the seemingly inexhaustible appetite for tech stocks and finds it to be a big contributor to what is generally seen as a massively overvalued market.

Despite a lot of money pouring into gold as of late, the gold market is close to the only thing Tice is bullish on. Like Goldman Sachs, he expects gold to jump to $2,000 by the end of the year, driven primarily by loose monetary policies and in doing so highlight risks that are intrinsically tied with fiat.

When one hears of treasure hunters, images of prospectors with metal detectors scouring various locations invariably come to mind. Few treasure hunters opt to go underwater in search of gold and other valuables, likely because of the inherently demanding nature of diving. Yet there is no shortage of treasure to be found underwater, with countless high-profile shipwrecks carrying high-profile cargo having gone missing over the centuries.

One of many famous examples is the Nuestra de Atocha Spanish galleon, which went underwater in 1622 as it was transporting some $400 million of valuables, including gold and silver, from the Americas to Spain.

The ship was eventually found in the Florida Keys and has since become part of a decades-long recovery operation. The latest gold coin was found on July 16 by Zach Moore, a second-generation treasure hunter with plenty of diving experience.

The coin in question is the 121st gold coin from the shipwreck and the first gold coin found since 2001, valued around $98,000.

Moore and his father aren’t strangers to sunken treasure. He was a key member of the crew that worked on recovering the valuables from a similar wreck that sunk in 1715, where Moore found a rare silver pendant among many other notables. Yet another of Moore’s dives had the group stumbling upon 165 gold bars, chains and disks, showing that the ocean floor holds a lot more than just exotic species.