This Strategist Says Gold is Flashing a Buy Signal 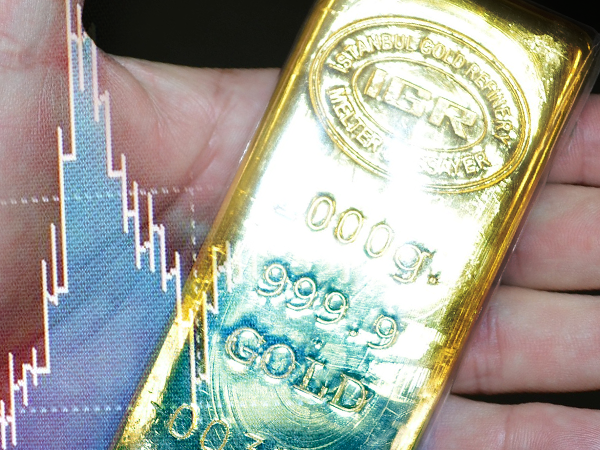 This week, Your News to Know brings you the latest stories involving gold and the overall economy. Stories include: Bullish strategist says gold is flashing a buy signal, why now might be a good time to buy gold, and gold imports in India climb to highest in more than two years.

David Beahm, president of Blanchard and Company, sees gold’s recent downswing as an opportunity to add gold to one’s portfolio. As seen on MarketWatch, Beahm feels that the current economic environment makes gold the perfect acquisition – especially at current prices.

“With all of the uncertainty out there, now is the time to add gold and silver to a portfolio,” said the CEO. “Both metals performed exactly as they should have during the 2008 financial crisis and they will do the same during the next crisis, wherever it comes from.”

Beahm is also mindful of rising geopolitical tensions in a number of “hot spots”, including Syria and North Korea, and notes that each of them could attract another round of safe-haven investment into the gold market. “There are a number of economic, political and military events that Blanchard feels serve as the trigger for the next leg up in gold, and the current price consolidation for metals, while equities are pushed to all-time highs, serve as a great buying opportunity for diversification-seeking investors,” said Beahm.

The instability in the European Union could be another catalyst for the next gold rally, especially in France where a victory by populist candidate Marine Le Pen would have been viewed as “potentially disruptive to the global economy and financial markets,” Beahm explained. Her victory would have created “another Brexit-like situation that would be a supportive factor for the gold market.”

Beahm points out that numerous factors in the U.S. also support a bullish gold outlook, starting with official interest rates that remain “historically low, which is gold-positive.” Furthermore, U.S. stock investors are pricing in “expectations of a significant economic and corporate-earnings boosting tax relief package”, said Beahm. “If that tax package does not produce faster economic growth to cover the significantly lower revenues independent experts believe the plan will create, the U.S. deficit will rise significantly, and that is bullish for gold.”

There is also the issue of U.S. equities, which Beahm believes are “overbought, overvalued and vulnerable to a cycle turn or correction lower at any time,” which is something the metal would benefit from. Despite stocks’ record highs, Beahm points out that gold has managed to outperform stocks year-to-date and that the metal is likely to trade in the $1,250 to $1,350 range during the second quarter of this year, with silver experiencing similar gains.

Beahm believes any moves lower in gold should be seen as a buying opportunity, as he thinks the metal may rise to $1,400 by year-end and test all-time highs at $1,900 in the long term.

Why now might be a good time to buy gold

Frank Holmes, CEO and CIO of U.S. Global Investors, is among the market watchers who feel gold’s recent bearish trajectory is a signal to buy. Talking to CNBC, Holmes said the metal could rally by more than 20% in the next 12 months, basing his forecast on more than just the “fear” of a negative geopolitical event, rising interest rates or an economic soft patch.

“There is the ‘love’ driver, and that’s also very significant,” said Holmes, referring to China and India’s appetite for gold. Holmes calls these countries major players as they account for 40% of the world’s population.

Despite recent statements from the Federal Reserve that have suggested they would raise rates two more times this year, Holmes believes the metal will become more attractive even in the midst of a cycle of higher rates. “I think we are going to see these see-saws which are great trading opportunities for gold investors,” he said.

The latest data by the World Gold Council shows that Indian gold imports jumped to their highest level since 2014 in the first three months of the year, spurred by jewelers restocking for weddings and an improving cash flow in the financial system.

Bloomberg reports that net inbound shipments to India more than doubled to 270.1 metric tons from 127.4 tons a year earlier, reaching the highest level since the 279.5 tons imported in the fourth quarter of 2014. Overall, domestic demand gained 15% in the first quarter, and “if this trend continues and there are no sharp changes in prices,” the WGC’s managing director in India P.R. Somasundaram predicts that purchases in 2017 may be at the upper end of the range of 650 tons to 750 tons.

Consumption in India, the world’s second-largest gold market, has recovered after a slump caused by political and environmental factors. The rupee’s appreciation helped fuel opportunistic purchasing by investors and an increase in restocking by jewelers. These factors, along with forecasts for a normal monsoon, should translate to stable demand for gold in the first half, said Somasundaram.