2023 Is Starting to Look Like Gold’s Best Year Ever 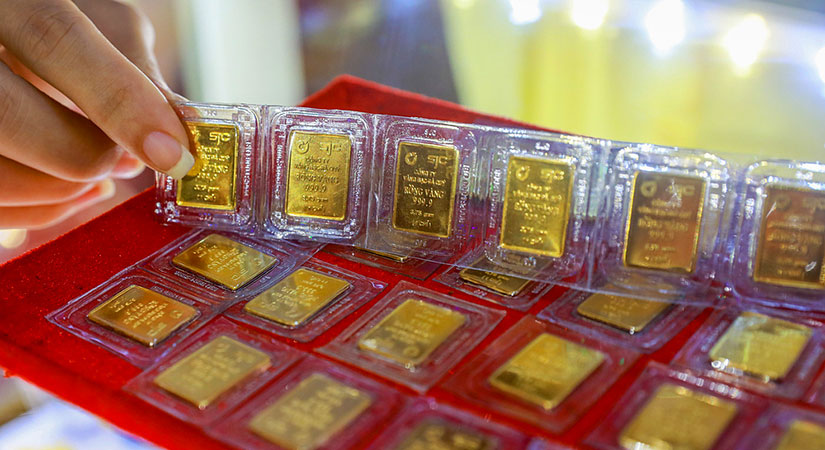 This week, Your News to Know rounds up the latest top stories involving gold and the overall economy. Stories include: Gold as the play of 2023, BIS wants to see its gold bullion, and how a Treasury crisis could spell permanent inflation.

Analyst and investor Rick Rule spoke to Stockhead about gold’s price over the next 12 months. Importantly, the conversation was about gold’s price as measured in U.S. dollars. As I’ve been saying frequently of late, gold has outperformed in virtually every other currency. The yen, for example, just hit 40-year inflation levels – briefly, it’s not that the U.S. dollar is doing particularly well, it’s just failing more slowly than most other currencies right now. (It’s like the joke about the racing skydivers – they’re all going to hit the ground, some faster than others.)

That leaves us in a situation where only the U.S. dollar’s relative strength vs. other currencies is holding down gold’s price , but only to a limited extent. As Role notes, the merest hint of a hint of a dovish Federal Reserve sent gold skyrocketing above $1,700. (Despite some forecasts for a rather extreme pullback, it remains above $1,750 as of Friday’s closing.)

As I said before, we’re only one Fed announcement away from a massive surge in gold.

What is this, if not an illustration of the dollar’s vulnerability? When everything is relative, when all prices are measured in rapidly-depreciating currencies, and all those currencies have values tied to the whims of a cabal of unelected bureaucrats whose best interests, while uncertain, are definitely not our best interests, well, is it any wonder folks are looking to gold as a safe haven?

And speaking of “rapidly-depreciating currencies,” the dollar may be winning (for now) against the yen and the Turkish lira – but there’s no doubt that, here at home, the dollar is losing… The latest inflation report didn’t decline by a significant amount, and rising prices hit the worst possible categories. (I discussed this concern in detail last week.)

The latest inflation report also wasn’t a sufficient improvement for the Fed to begin dropping hints on a policy turnaround. Markets know that any capitulation by the Fed, any surrender of tighter-money policies in favor of a return to the last two decades of rampant money-printing and permanently lower interest rates will mean a “new normal” of permanently higher inflation.

The markets are so volatile right now that even rumors based on a misinterpretation of an FOMC member’s public comments are enough to send prices surging or crashing.

For what it’s worth, there are some expecting the nominal interest rate to fall back to 2% next year, against the Fed’s wishes of pushing it above 5%. We can easily anticipate what such a return to low interest rates would do for gold prices.

I suspect when the pain associated with those interest rate rises works through the U.S. economy, the Fed will likely have to pivot. If they pivot, I think that gold in USD terms will surprise people to the upside.

In other words, on that front, the worst is yet to come. This will, according to Rule, force the Fed to pivot within the next 12 months – though it could be much sooner.

Expecting more of the 1970s with some worse additions next year, Rule makes an interesting note. In the so-called “commodity supercycle,” gold has been the worst-performing commodity. Numerous analysts have said that commodities crashing is a kind of necessary ingredient in this market fiasco.

But just as gold was seemingly left out of massive gains that other commodities experienced, it’s likely to be one of the very few commodities not falling in the kind of recessionary environment we’re anticipating.

Remember Basel III? It seems to be working

Finance show Live from the Vault commemorated its 100th episode (video) with a discussion of the slow, steady and earth-shaking implementation of the Basel agreement. It was the talk of the town heading up to its scheduled date, but nowadays, it’s as if nobody wants to mention it. Why? As guest Andrew Maguire explains, it’s a bit of an awkward subject in the banking system.

The host explains that a 50-year unwinding of paper market leverage is taking place and accelerating. The pair go back to 30 months ago when COMEX had its liquidity squeeze which was downplayed to say the least. They believe it helped plant the seeds for Basel III to do its thing, particularly noting that a spread of $80 to $100 between the paper and physical gold price was a kind of point of no return for any gold that isn’t bullion. This spread is now not only the norm, but appears to be growing wider.

Maguire shares plenty of insider knowledge and details that went under the radar, such as the massive bailout that took place as the gold liquidity squeeze happened to avoid a banking collapse on the spot. Of greater interest right now, however, is perhaps that the Bank for International Settlements is trying to cut its exposure to obviously risky paper gold. In other words, the BIS wanted “good delivery” on 500 tons of gold for reasons that the episode makes all too apparent.

The Kinesis Money director explains that individual investors are now competing with central banks, as the latter are scrambling to buy gold due to wide expectations of a price re-evaluation. To central banks, the expected boom in gold’s price as the paper market’s liquidity gets squeezed further is going to be a convenient way of paying off their sovereign debt. These central banks have made good use of short-squeezers’ artificially lowered prices to load up, as we have reported month after month.

Silver is no different, with Maguire saying that COMEX is being attacked, in a sense, left and right for physical delivery. He says that $30 by the end of the year wouldn’t be surprising, as the current price is neither fair nor realistic. In general, he says that we’re in the middle of the most bullish event in the gold market since 2008.

Among the plethora of interesting information that the pair provide, of special note is Maguire’s attention to the unwinding of options this year, starting on November 22 but really coming into place on December 27th. This could already be enough to send gold anywhere between $2,000-$2,400, but as he reiterates many times, the 50-year ill experiment is only starting to unravel.

The whole show is well worth  your attention! Here are links directly to the most interesting segments:

It’s becoming clear to the gold investor that central banks are something to watch. We know they’re buying massive, 55-year record quantities of gold for a variety of reasons, some explicit and some that might become more apparent in the near future. There appears to be more to the “de-dollarization” effort, however.

We saw Japan and China selling $118 billion worth of Treasury bonds in September. That’s the largest monthly sell-off of Treasury bonds on record. This highlights an even larger problem for the Federal Reserve (and you thought the unmanageable inflation rate was bad enough…)

Now, some people will tell you a Treasury bond is a good buy these days, and in a sense, it is. Since the bond market has collapse, short-term bonds are yielding a little more than half the rate of inflation – you’re losing money only half as quickly as a year ago. The U.S. Treasury is among the highest yielding sovereign bonds in the developed world (second to the South Korean national debt).

But to say that the Treasury is a safe-haven investment isn’t just incorrect, it’s a fundamental misunderstanding of the term “safe haven.” Considering all the global central bank selling, and the out-of-control deficit spending coming out of Washington, Treasury bonds represent a massive risk – and not just to their owners, but to the U.S. as well.

How might the Fed deal with this? Well, if the global move out of Treasury bonds continues (and it is, even accelerating), the Fed will step in and scoop up those bonds. It’s what they do – and it’s also what we call “currency manipulation” when other nations do it.

Essentially, the Fed will buy bonds in order to bail out the Treasury Department – which functions as our national credit card. When this occurs, all the effort put into supporting the U.S. dollar and restoring its credibility as a store of value will be erased. As the article says:

If the Fed is forced to step in and finance the U.S. Treasury as they did en masse with the COVID rescue packages or help in the rollover of Treasury refinancings, the economy will be set on a path of high inflation for many years to come.

Without a link to gold, the only credibility the U.S. dollar has is an effective anti-inflation policy. The dollar has been failing that test abysmally over the last couple years…

It’s no wonder that central banks are “voting with their dollars” in the wake of the Federal Reserve effectively doubling the money supply in a matter of months. This is the opposite of an effective anti-inflation policy.

The Treasury department is already talking about buying up some of the bonds during a time of the Fed’s reduction of its balance sheet. Either way, it’s not exactly a good look that the Treasury can’t find a home in a portfolio when every issuer of paper gold is being squeezed for physical delivery.