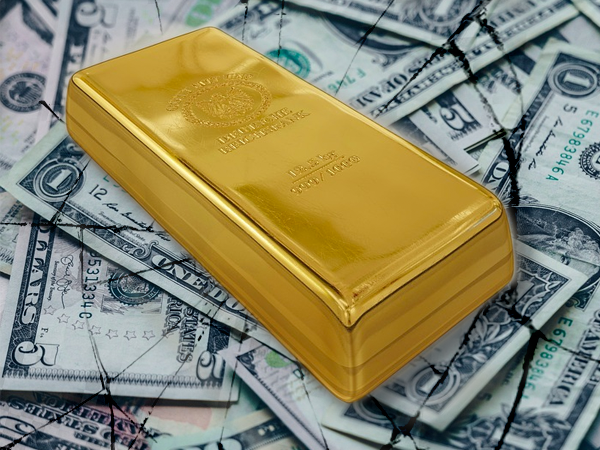 This week, Your News to Know rounds up the latest news involving precious metals and the overall economy. Stories include: Gold has beaten the U.S. dollar for nearly 50 years, why the price of silver could be on the cusp of a major breakout, and Malaysian prime minister eyeing a gold-backed currency.

As gold broke out of its rut to reach a three-month high in a week’s time, analysts at Degussa have offered a broader perspective on the metal’s performance over the previous decades. While few could argue the point that gold is currently handily beating the greenback, an article on Kitco reports that data compiled by Degussa shows that this has been the case for nearly 50 years.

When stripping out inflation and assessing gold prices in real terms, the yellow metal emerges as a solid performer with an average annual return of 5.9% between 1970 and 2018. Meanwhile, the dollar has returned a yearly average of 4.6% during that period when held in a bank account with a three-month maturity. The analysts noted that the dollar’s under-performance stems from its loss of purchasing power, which has eroded by 85% since 1970.

According to the article, many analysts believe that a flight to safe-haven assets is approaching, if not already underway, as stock markets continue to experience flash shocks and a global growth slowdown looks imminent. As Degussa’s team noted, however, the idea of haven investment could soon be remodeled, with gold again emerging as the sole option.

The loss of faith in previously-stable currencies has become increasingly evident, highlighted by the dollar’s own issues. Experts agree that there is no way to tackle the mounting U.S. and global debts without severe currency destabilization, a crisis scenario that could become expedited by loose monetary policies. Global bonds are slowly creeping into negative territory, and even the prized U.S. Treasuries look to be on the brink of a flat yield curve. In such an environment, a wholly independent, time-proven haven asset is bound to be a most sought-after commodity.

Back in October 2018, the FXEmpire team posted a detailed prediction of gold’s movement this year that turned out to be on the button. According to ETF Daily News, the team forecasted that gold would peak at $1,300 in early 2019, move back to the $1,270 level in Q2 and then post a spectacular price comeback starting from June through August.

The forecast now looks uncannily correct, as gold prices began leaping at the start of June and are now aiming for the $1,350 level. The very same team has returned with a forecast for the silver market that, if correct, could make silver the most attractive trade in recent memory.

In the last four decades, there have been two instances of what the FXEmpire analysts refer to as a High Price Breakout, or a move that triggered a re-evaluation of the asset’s price. The first instance started in 1973, when fear and hyperinflation shockingly rocketed silver’s price from $1.28 to $41.50 an ounce by late 1979. The action ended there, and silver prices pulled back over the following years.

According to ETF Daily News silver was trading around $3.50 throughout the 1990s before reaching $8.50 in 2004. The move seemed inconsequential back then, yet when looking at it now, the technical chart clearly mimics the same action from the 1970s that sent silver prices spiraling. The $8.50 price jump in 2004 acted as the second instance of the High Price Breakout, which sent the metal on another historic 6+ year run that culminated in 2011, when silver reached $49.32 an ounce before once again pulling back.

FXEmpire analysts believe we may be at the cusp of a third occurrence of the High Price Breakout in the silver market. As before, the chart is pointing to silver prices reaching $22-24 within the next two to four months. After that, silver should mimic the previous two leaps and aim to once again reinvent its price over the following years. The FXEmpire team notes that it’s difficult to estimate how high the jump could be, but they place the end range at anywhere between $90 and $550 an ounce.

Both instances of the High Price Breakout were powered by fear and uncertainty of some kind. With FXEmpire forecasting that the third instance could be weeks away, it’s crucial to take special note of recent warnings that a global crisis, spearheaded by a near-guaranteed recession in the U.S., is imminent.

Mahathir Mohamad, the prime minister of Malaysia, recently shared his bold idea to improve the cluster of economies in East Asia: a switch to a unified trading currency for each of the nations in the region.

According to Kitco, the idea is somewhat reminiscent of the European Union’s monetary system, which has slowly required that member states switch to a single currency, the euro. However, Mahathir’s model differs from that of the EU in two major aspects. First, the unified pan-Asian currency would be used only for trade, allowing local currencies to remain unaffected.

Second, unlike the freely-printed euro, Mahathir’s unified currency would be pegged to gold, much in the same manner as the U.S. dollar once was. According to Kitco, this would not only offer unparalleled stability in regards to trade in the region, but also prevent currency manipulation, which is only possible with free-flowing, untethered currencies. The latter is something that Mahathir has long criticized, as he places the blame for the 1997 Asian financial crisis on the institution of fiat.

“The situation in the world is not stable. We see conflicts everywhere … There is a confrontation between America and China. We are all affected even though we are not part of the contestants,” Mahathir said at the Nikkei Future of Asia conference in Tokyo. “Currency trading is not something that is healthy because it is not about the performance of countries but about manipulation.”