How Gold Has “Outed” the Recent Stock Market Turnaround 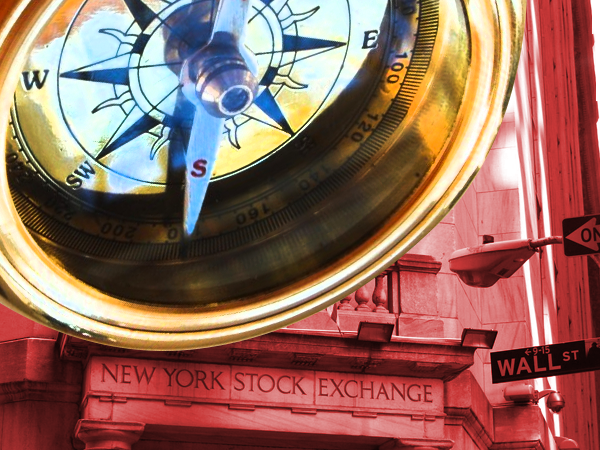 This week, Your News to Know rounds up the latest top stories involving gold and the overall economy. Stories include: Gold is highlighting the shakiness of the recovery in stocks, $2,700 could be an easy target for gold prices, and what’s behind the persistent spread between the New York and London gold prices.

From a brief glance, the recent rise in the stock market comes off as markedly positive. After the Federal Reserve pumped trillions of dollars into the economy, the market has rebounded by about 30% from its March lows. Yet, as CCN’s Joseph Young notes, a closer look shows that a recovery is not only questionable, but that many investors are fully bracing for a downturn.

The latter was made clear as gold soared above $1,700 last week, sticking to seven-year highs as investors poured into the metal. A broad move into safe havens, especially ones that have looked as bad as bonds have, would not occur unless there was a deep-rooted doubt that the global economy can indeed recover from the effects of the coronavirus pandemic.

Besides warnings that the coronavirus could be a recurring issue, there are plenty of other signs that point to a massive bubble in the stock market. Commenting on the state of equities, Dave Portnoy, founder of Barstool Sports and host of the Davey Day Trader stock show, noted that the Norwegian Cruise Line’s stock has gone up 20% right as the company came to a halt.

Having already been in its longest bullish stretch in history, there is little reason to believe that the stock market isn’t primed for a correction. The Relative Strength Index (RSI) of the Dow is nearing 70%, and a 70%-75% range has traditionally signaled that the market is highly overbought. Young not only thinks that a correction could be nearing, but that it could also be particularly damaging given the underlying state of the global economy.

$2,700 is a realistic target for gold prices

Having surpassed numerous bullish forecasts by breaching the $1,700 level, some are wondering what’s next in store for gold. While certain experts are calling for $2,000 in the near future, veteran analyst and CEO of U.S. Global Investors believes that $2,700 is a more realistic target.

In an interview with Kitco, Frank Holmes criticized the underlying drivers behind the rising valuations of the stock market. As Holmes points out, there is no arguing that the economy is at its weakest point in a while, yet stocks are surging due to an unprecedented amount of monetary stimulus. This money printing, combined with the wake-up call that the companies that people are investing in are doing very poorly, should continue pushing gold higher and higher. To bolster his case, Holmes used the example of palladium, which had a massive jump last year despite ostensibly less reasons for it.

Holmes also advised investors to keep an eye on pervasive issues with gold supply, some existing and some triggered by the pandemic, that are bound to act as powerful price drivers moving forward.

Despite various efforts, gold is continuing to hold a premium among New York investors

The difference between the New York and London gold price is usually minimal and tends to average at around $1.50. As the pandemic began gripping the supply chain, the spread jumped to a massive range of $60-$80 in March, pointing to a very clear concern over the ability to cover New York contracts. Yet despite various efforts to resupply New York with bullion, the spread remained conspicuously high, having stuck to double-digit levels throughout April.

In a recent analysis, FXEmpire’s Jan Nieuwenhuijs went over some of the reasons why the spread continues to linger around such rare heights. Initially, the cause seemed straightforward, as travel restrictions from Europe to the U.S. were imposed. These restrictions encompassed Switzerland, home of four of the world’s largest bullion refineries, three of which have had to temporarily shut down operations due to pandemic concerns.

Even though these refineries reopened and arbitragers can hire private jets to transport gold, the spread persists. According to John Reade, Chief Market Strategist of the World Gold Council, and Ole Hansen, Head of Commodity Strategy at Saxo Bank, the cause of this most likely has to do with risk management.

As Reade and Hansen explained, banks have come under major losses and are wary of losing more. These banks are either unwilling or unable to cover their positions in gold, placing into question the certainty of delivery and making traders cautious over the spread widening. Nieuwenhuijs also believes that the increase in long contracts by New York traders played an important role in creating the price disparity, as it coincided with a lack of funds necessary to cover the contracts with bullion. Although it’s anyone’s guess as to how the situation will resolve, it certainly served to highlight that gold derivatives aren’t nearly as guaranteed to be covered by bullion as they are claimed to be.