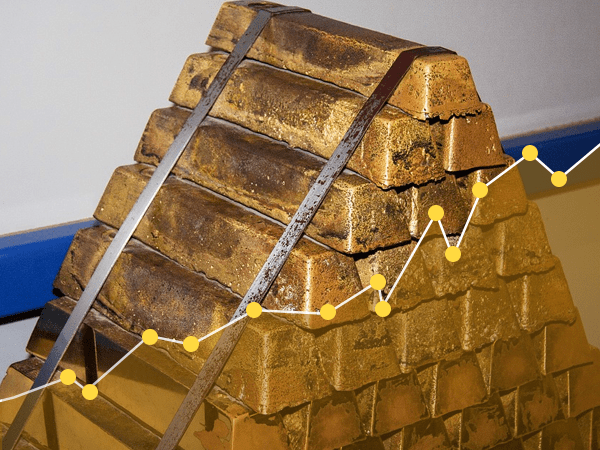 This week, Your News to Know rounds up the latest stories involving gold and the overall economy. Stories include: Gold to resume its march to $1,350, gold won’t be unloved when equities correct, and stars collided to make your gold.

To Jim Rickards, there’s no question as to where gold is heading next. The metal might suffer from occasional dips, but Rickards notes that fundamentals are as strong as ever – which is what investors should be focusing on.

Although the markets are currently pricing in an 86% chance of a rate hike in December, Rickards remains unconvinced, stating that the economy is fundamentally weak. Inflation has been trending downwards, below the Fed’s targeted inflation rate of 2%, and a weak dollar is the only way to get it back on track.

But in order to get a weaker dollar, which is in itself, supportive of gold, the Fed would have to delay rate hikes indefinitely. When the market wakes up to this “pause” by the Fed, Rickards argues that gold will likely move higher in dollar terms while the greenback will remain low.

The author believes that numerous other fundamentals also work in gold’s favor and chart a path towards $1,350, and then $1,400 an ounce. China and Russia continue to be robust buyers of gold, with the former rumored to have plans of introducing a global gold standard, and the latter likely to move away from dollar assets and into gold due to the deteriorating relationship with the U.S.

Along with a looming war with North Korea, something Rickards thinks could start with a U.S. attack by mid-2018, a tightening supply picture also bolsters gold’s long-term appeal. A 10-year chart produced by gold analyst Eddie Van Der Walt shows that gold prices follow two price trends, one lower and one higher, as evidenced by the jump from $1,050 to as high as $1,380 in recent months. Strong evidence points towards gold following an upwards trend that could lead to $1,800 in the near-term. When the breakout begins, which Rickards thinks could happen by the end of 2017, investors will want to have seized the opportunity to stock up on physical gold at current prices.

Despite recent volatility in the gold market, one major gold executive advises against putting too much faith in stocks, as he believes that they may be up for a correction.

As tempting as it may be for some people to leap towards stocks, Rob McEwen, CEO of McEwen Mining, warns investors not to ignore the looming risks within the economy.

“Everyone is diving feet first in the broad market but there is still more debt to come along,” said McEwen. “I believe the currency continues to be debased and at one point people are going to turn to gold.”

When this happens, the famed executive says investors will be reminded of gold’s status as the ultimate safe haven against a correction in equities as well as a weaker currency.

Stars collided to make your gold

As breathtaking as the recently-observed collision between two neutron stars was, Forbes contributor Sam Lemonick points to an equally astounding fact to come from the phenomenon: we might finally know where Earth’s gold comes from.

The collision, which took place some 130 millions years ago, is estimated to have created $10 octillion of gold, or $10 billion, billion, billion. Astronomers are only now able to witness what transpired because it took a good amount of time for light from this event to reach Earth. When it arrived, the sight was perhaps best described by Andy Howell, a physicist at the University of California: “Up in the sky there is a giant explosive trainwreck that makes gold.”

As Lemonick explains, the events are a bit more complex than that. Aging stars produce heavier and heavier elements, which are then released into the cosmos after a collapse or collision with another star. Yet these stars can only create elements up to number 28 on the periodic table, leading scientists to believe that a neutron star is required to create heavier elements up to number 92 that are found in nature.

Although a collision from two ultra-dense stars would otherwise cause the nuclei within them to decay, the light-speed process happens too fast for that, and the unstable nuclei are ejected after becoming stable elements like gold.

Scientists estimate that the amount of gold and platinum created by this collision weighs 10 times more than Earth does. And while there are still many details to uncover, it appears we finally have a solid answer in regards to the yellow metal’s origin.