Home » Blog » How to Fight Inflation Like a Wall Street Pro

How to Fight Inflation Like a Wall Street Pro 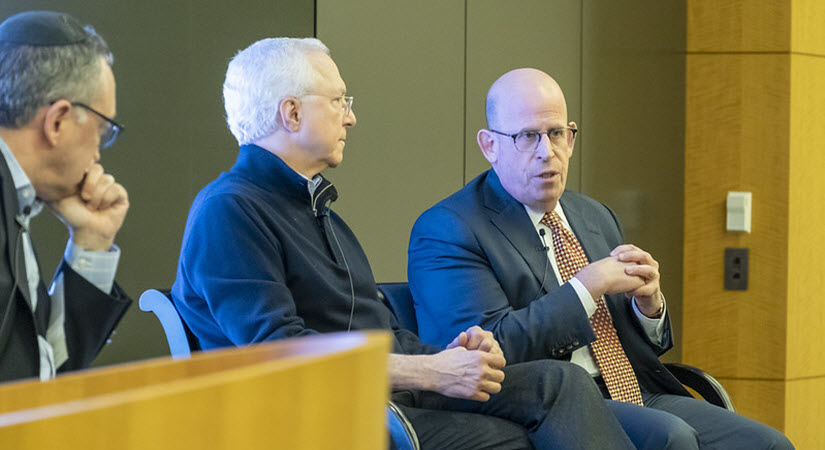 This week, Your News to Know rounds up the latest top stories involving gold and the overall economy. Stories include: Investment bankers prefer gold for hedging against inflation, keeping currencies in mind when evaluating gold price, and why palladium is making the case for gold stronger.

What do investment bankers have to say about inflation these days? For starters, they agree that central bank efforts to curb inflation are mostly proving fruitless. Interest rates are going up, but inflation rates aren’t going down. So what are some ways to protect oneself in this environment?

As is so often the case, we are presented with a few investment options, gold and other precious metals being one of them. And hardly diverging from the usual, the other inflation-resistant investment options look awfully unappealing compared to gold.

As the overview tells us, all four precious metals retain or gain value during turbulent times due to their lack of correlation or dependence on monetary policy. The longer the chart, the better gold looks on it. Then we get to the other options profiled in this article:

It’s almost unnecessary to go over why gold emerges as the top choice here, but let’s do it anyway.

Just as gold bullion has the mint and fineness stamped on it, TIPS and floating-rate bonds should have the words “counterparty risk” clearly printed on them. They lie somewhere between being issued and being backed by banks and governments – in other words, both are printed, just like currency. Soaring inflation is a government crisis, and a banking crisis seems like a scenario that’s always around the corner. Does anyone believe that these two asset classes make for good hedges, then?

Real estate is often a messy investment, even if one does it through funds. Again, isn’t “real estate bubble” a buzzword these days? With housing prices well above their pre-Great Financial Crisis peaks, I wouldn’t be too quick to pull the trigger on real estate.

That leaves us with commodities and stocks. This overview appears to prominently focus on commodity stocks. One of many issues here is that commodities depend on economic strength, but that’s not the worst issue.

As we discussed last week, in order for inflation to go down, markets need to collapse – or at least return to rational price levels. (I wrote about this “financial law of gravity” some time ago. I suppose whether you view such an event as a collapse or not depends on your cost basis, or how much you paid for your assets.)

Pretty much every non-precious metal commodity has been outperforming, feeding into inflation at both producer and consumer levels. To the Federal Reserve, this is a problem that will be remedied. Markets need to collapse – the air must come out of the Everything Bubble – and that will take down stocks and bonds along with procyclical commodities (like oil and natural gas, copper and other base metals, agricultural products, lumber… You get the picture.)

That leaves us with physical precious metals. Not only arguably the most liquid but also least risky assets everyday Americans can buy.

Not getting too stuck on gold in U.S. dollar terms

In his recent blog, investment banker Dave Coker reminded his readers of something our readers already know: gold is doing a lot better than today’s relatively strong dollar would have us believe. Having worked as a trader for various large financial firms since the 1980s, Coker first started seeing the appeal of gold in 2004 and 2005, creating large positions in both gold and silver.

After liquidating those positions to great profit in 2014, he re-entered the market and took an even larger position in precious metals back in 2019. Why? The same reasons: deficit, debt and government spending that appear unmanageable.

As Coker analyzes how precious metals have performed since he bought in, he notices that gold’s performance can’t be decoupled from the currency it was purchased in. Obviously, Coker paid for his gold and silver in U.S. dollars – and claims he’s perfectly happy with how gold has performed over the last three years. Gold gained 27%, beating the one key number that nobody can seem to win against these days: inflation.

As impressive as this gain is from a mostly completely safe asset, it starts to pale in comparison to gold that was bought in other currencies. Those who bought it in Canadian dollars, for example, gained 28% in that timeframe, while those who bought it in the Japanese yen gained a staggering 64%. Why the latter? Well, we know that the Bank of Japan has assumed an ultra-loose monetary policy over the last few years, hammering their supposed safe-haven currency as a result.

It’s not only another repeat of the adage that there is no such thing as a safe-haven currency, but also a reminder that gold shouldn’t be viewed too strictly in U.S. dollar terms. The U.S. is currently on its most hawkish monetary tightening schedule in decades, and gold can only perform so well in dollar terms in this environment. When policy invariably reverses, a Japan-like scenario is very much to be expected.

Palladium, and why diversifying within precious metals is important, too

This is especially important now that palladium, everyone’s darling precious metal, is starting to show signs of weakness.

The best performer out of the four by a mile, palladium went from posting the best performance in six months in July to having four of the last five weeks in the red. From a $300 gain over a few days to a $200 loss in the same timeframe. If you thought gold had a precipitous fall since March, wait until you get into palladium’s chart. $3,417 in March to $1,764 in June is the kind of volatility that rivals cryptocurrencies.

What gives? There’s no great mystery or complex unraveling behind the price action. Despite Russia being a top producer of the metal and creating a possible supply glut, demand still has to be there for that glut to happen. And since recession has been on everyone’s mind in this timeframe, the world stage hasn’t exactly been clamoring for what is almost entirely an industrial metal.

It doesn’t help palladium’s case that platinum is often an easy substitute and remains near historic lows. It’s been mentioned that high palladium prices might normalize platinum’s price, and we might be seeing some of it in the near future depending on how hectic affairs in the automotive industry play out.

Should we shy away from palladium, platinum or even silver? Surely not. This wild oscillation is yet another example of how, within the four precious metals, there is room for massive upside and accompanying losses. But unlike with many other assets that can double in price in a short timeframe, there is never any questioning their value nor wondering if they might be shoved off from the markets altogether.