A Different Perspective on Gold Investment 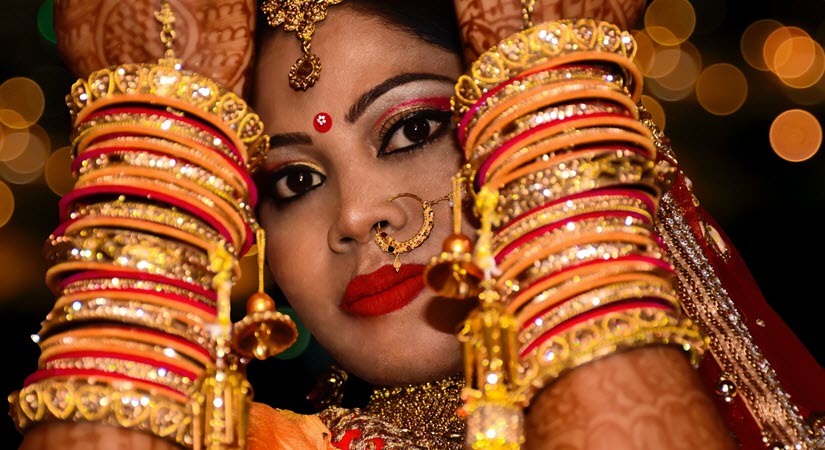 This week, Your News to Know rounds up the latest top stories involving gold and the overall economy. Stories include: Gold investment in India right now, gold could be bracing for a forceful run driven by inflation, and silver’s road to new all-time highs.

A different, and familiar, perspective on gold as an investment

India’s position as the world’s top gold-buying nations is well-established, although sometimes China briefly replaces India in the #1 spot. In both countries, physical gold investment even in the form of jewelry is one of the most popular means of wealth storage. To put this in perspective, both Indian and Chinese citizens regularly buy over four times as much gold as Americans. The U.S. was the #3 source of gold demand in 2019.

A recent article by India Times examines the reasons why gold is an attractive investment for both Indian citizens and worldwide investors. Unsurprisingly, the core arguments for gold as an investment are quite familiar:

Out of the five reasons listed, the first and fourth are intrinsically tied. Gold shields purchasing power from inflation, protecting wealth. But most importantly, it does so in the face of any calamity. Last year’s pandemic crisis, which has very much poured over into 2021, has been a solid test case. Virtually all assets besides gold became questionable. Investors who were, to paraphrase Mark Twain’s famous quote, more concerned with the return of their investment than return on their investment, bought gold at a record-setting pace. While many financial markets have apparently recovered, the resulting unprecedented bubble completely divorced from fundamentals and even basic mathematics has not inspired confidence among wise investors.

In comparison, Gold’s run has been a natural one based on demand, the continuation of a steady uptrend that took off in early 2019. India’s currency devaluation and low interest rate environment are examples of how these are global issues and far from something that affects only the dollar and the U.S. Treasury’s bond yields (some nations have it even worse: Germany, for example, has a negative yield on its 10-year bond and a 4.1% inflation rate). With currency losing value to inflation, and negative after-inflation interest rates, Indian investors flocked to gold for the same reasons as Western ones.

Besides being resilient against any scenario, gold is also highly liquid in any situation. Buyers of physical gold are always within arm’s reach, which is why bullion is India’s preferred heirloom. It’s the one thing that future generations can rely on to retain its value. From an investment standpoint, this is also related to physical gold‘s unique lack of counterparty risk.

Out of all the assets in one’s savings, physical gold is likely the only thing that holders never have to worry about disappearing or going bankrupt. This is why portfolio managers have slowly shifted gold allocation from the fringes and are now either seeing it as a necessity or a safe-haven replacement for the increasingly-questionable government bonds.

Bloomberg recently interviewed two of the biggest gold industry insiders in Canada, David Garofalo and Rob McEwen, former chiefs of Goldcorp Inc. Garofalo and McEwen believe we are witnessing a commodity supercycle driven by inflation, supply chain disruptions and many other factors. Both think that gold could be the next commodity in line to skyrocket, though its case is unique, and its upside perhaps even greater.

While not normally one to make massive forecasts, Garofalo sees a case for gold hitting $3,000 soon:

I’m talking about months. The reaction tends to be immediate and violent when it does happen. That’s why I’m quite confident that gold will achieve $3,000 an ounce in months not years.

Why? He thinks investors will wake up to reality, swiftly abandon their optimistic sentiments that hypothetical stock market returns will outpace inflation and its corrosive effect on savings.

Going international, often a solution in times when the U.S. alone looks overvalued, just isn’t an option today. Garofalo puts it this way:

It’s not just the dollar. All currencies are buying less than what they were buying a year ago. So I look at that as an unprecedented development at least in our lives that is going to affect the value of fiat currencies around the world.

There is indeed little besides central bankers’ promises, which too have abated, to suggest that inflation is only here briefly. On the other hand, the unprecedented expansion of the global monetary supply and sovereign debt, the latter only being managed by spikes in inflation, points to a clear direction.

We’ve heard many times that the mining industry has been underperforming ever since the post-2011 cost-cutting that miners have underwent, and that prospects on all fronts seem to be diminishing. Garofalo said that the aforementioned supply chain disruptions and inflationary pressures have only worsened the issue. More and more mining companies are being sold and merged due to a lack of profit. One thing we can be sure of: when supply decreases while demand increases, a rise in price is sure to follow. It remains to be seen if, when and how this gives an even bigger boost to gold prices.

Silver has the most “explosive” upside potential

In an interview with Kitco, Crescat Capital portfolio manager Tavi Costa explained why silver will be a prime beneficiary of what he refers to as a fiscal and monetary disorder:

Silver is the cheapest metal on earth. And I will continue to buy it because it doesn’t deserve the sub $30 an ounce price tag. We’re going to see flows of capital coming into the space. It’s a very thin market, and I would expect to see an explosive move to the upside.

The coming interest in alternative assets, said Costa, has partly to do with tangibility and partly with an intent to move out of and lessen reliance on the monetary system. Inflation is on everyone’s mind, with Costa finding similarities with the financial woes seen in both the 1940s and the 1970s. Lessened trust in sovereign currencies and the constant worry of inflation or hyperinflation are poised to make gold and silver harbors of choice.

Then there is the inconvenient truth of the stock market. The commodities-to-equity ratio is at 50-year lows on both ends, with commodities looking undervalued and stocks grossly, historically overvalued. Costa ranks the current risk in the U.S. equity markets as an eight out of ten, saying that stocks are sitting at all-time highs while at the same time being disconnected from fundamentals. More than anything else, inflation could be the “reckoning” that will reassess many companies’ valuations as they begin dealing with an increase in costs across the board. Should inflation reduce corporate profits, that might serve as a wake-up call to any “smart money” still in equities.

There is a similar disconnection between economic strength on paper and in actual terms, with Costa saying that organic growth has been replaced by money printing and borrowing. “Silver fits right in between this monetary disorder, which we see throughout the world. At the same time, there’s an issue with the lack of exploration in the gold and silver space, with silver being a major one here. Supply is going to start playing a major role in impacting prices,” he noted.

Costa lists $35 as the level from which silver will explode upwards, given time.