Gold is Second-Best Performing Asset Since 1999 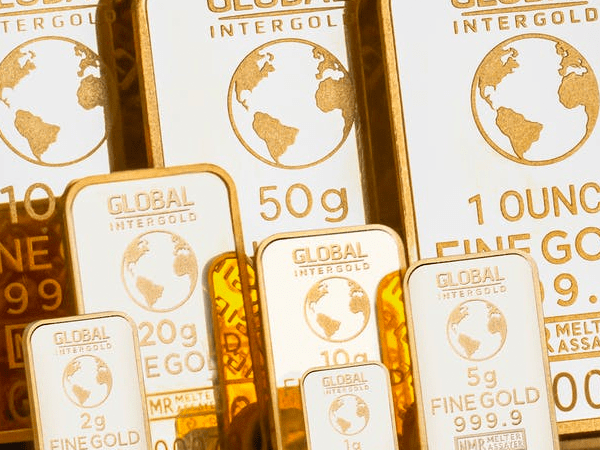 This week, Your News to Know rounds up the latest news involving precious metals and the overall economy. Stories include: Gold has been second-best performing asset since 1999, a recession and debt crisis would be good for gold, and a hoard of more than 550 rare gold and silver coins was dug up in England.

Gold Has Been the Second-Best Performing Asset Since 1999

To the average investor, gold primarily acts as a safe-haven store of wealth. Many include it in their portfolio as a hedge against riskier assets that are supposed to offer greater returns. Yet Seeking Alpha contributor Frank Holmes has once again shown that the view of gold as an under-performer is wholly erroneous.

Using data compiled by JPMorgan, Holmes showed that gold has outperformed every asset besides real estate investment trusts (REITs) since 1999, with the yellow metal posting an annual return of 7.7% during the period. In the 20-year stretch that ended on December 31, 2018, gold surpassed other havens like real estate, all forms of bonds and even the vaunted stock market. In comparison, the return-oriented S&P 500 Index gave back 5.6% during the period.

One fund that has benefited from the metal is Ray Dalio’s Bridgewater Associates, which remains the world’s largest and most successful fund. It wouldn’t be wrong to call Dalio’s fund’s strategy gold-oriented, as Bridgewater’s Q4 2018 filing showed that the firm holds significant exposure to all facets of the gold market. The billionaire money manager’s belief in the metal extends into his own portfolio, as he is known to hold a significant gold weighting.

Dalio’s sentiment is clearly shared by central banks around the world, as governments continue to buy gold at the fastest pace in the last 50 years. To many, the intense increase in appetite for bullion by central bankers, who were already net buyers since 2010, sends a powerful message of what’s to come.

A Recession and Debt Crisis Would be Good for Gold

Joe Foster, portfolio manager and strategist for the VanEck Gold and Precious Metals Strategy fund, believes that another recession is right around the corner. In a recent report covered by Kitco, Foster outlined the various red flags that could soon have investors flocking towards gold.

These include a high likelihood of an economic growth slowdown in the U.S., rising stock market volatility and plummeting domestic and global bonds. For many analysts, the Federal Reserve’s recent policy U-turn was perhaps the biggest tell-tale, as nearly every U.S. hiking cycle in the past has triggered a recession.

Foster finds the growing debt crisis even more concerning. Currently, U.S. debt equals 75% of the national GDP, and increased federal spending should push the budget deficit to $1 trillion by 2022. Most experts agree that there are no easy solutions for this problem, and Foster concurs.

“We believe a debt crisis is imminent, although the breaking point is difficult to forecast. It may come in the next recession, or at a time when rates spike as foreign holders of U.S. Treasuries lose confidence in Washington,” he said. “If cutting spending is impossible, growth is weak, and raising revenue by hiking taxes even higher is limited, then we see only two options for handling U.S. debt: default or monetization.”

Either of these scenarios would be highly bullish for gold, as investors would quickly lose confidence in all other assets and the dollar. In particular, Foster thinks that the perpetual increase in government spending is paving the way for the greenback’s debasement, potentially to the point of hyperinflation.

In Buckinghamshire, England, four treasure hunters found a lot more than they hoped for when their metal detectors picked up something underground in an open field. According to DailyMail, they had stumbled onto a massive hoard of more than 550 rare gold and silver coins that have been dated to the 14th century.

The initial discovery of 12 ornate silver coins featuring Edward I and II was just the beginning, as the amateur prospectors soon made their way to more and more coins of exceedingly rare mintage. The excavation lasted for four days, with 276 silver coins and nine gold nobles dug up on the very first day.

The most valuable pieces of all the 557 coins are 12 extremely rare full gold coins believed to have been minted during the Black Death period, with each piece worth around $13,000. The stockpile, which has been dubbed the Hambleden Hoard, is thought to have been stashed by a wealthy nobleman some 600 years ago.

Although the whole extraction took only four days, news of the discovery spread so quickly that the prospectors had to set up tents to ward off possible competition. The value of the entire hoard has been placed at around $200,000.