Gold Is the Asset to Watch in 2020, Says Strategist 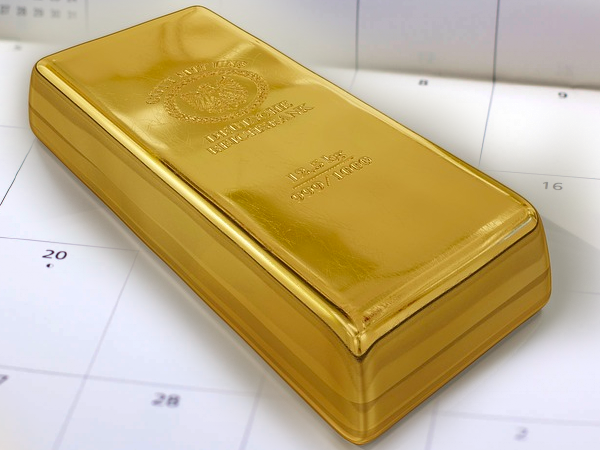 This week, Your News to Know rounds up the latest top stories involving gold and the overall economy. Stories include: Legendary forecaster says to look out for gold in 2020, gold will rise by 6.9% in 2020, and Germans rush to buy gold ahead of bill that could restrict purchases.

Although Wall Street veteran Byron Wien will wait until January to release his top 10 picks for 2020, the strategist nonetheless parted with some takes on what to expect next year. Speaking on CNBC, Wien said that he expects a fairly calm year in the markets, and that recent growth figures seem to agree with this sentiment.

Two things that Wien singled out as potential difficulties in 2020 include a possible spike in inflation and a surprise win by a presidential candidate with radically different market policies. However, Wien doesn’t place too much weight on either scenario.

Instead, Wien is primarily concerned with the subdued service rate in regards to U.S. debt. Over the past two decades, Wien notes that the debt rate hasn’t moved up along with the debt figure, which tells the veteran strategist that markets will eventually have to contend with a spike in interest rates even in an economy where they aren’t feasible.

Despite short-term optimism and dismissal of geopolitical turmoil, Wien picked gold as an asset that could be of particular interest in 2020. The metal has most recently recaptured the $1,500 level once again and is looking for a decidedly strong finish to the year.

After a gain of more than 15% in 2020, some are calling for gold to climb to all-time highs in 2020. In so many sky-shooting predictions, more modest bullish forecasts like that of TheStreet’s Mark Hulbert tend to get lost. Like many experts, Hulbert sees a good year ahead for gold. Hulbert, however, expects a steadier trajectory than some due to three factors that should hamper volatility.

As Hulbert points out, momentum has been in gold’s favor for most of the year, and investors who are hoping for a price gain of upwards of 30% are betting that this momentum spills into 2020. While historical precedent hints towards gold having strong year-to-year momentum, Hulbert believes this might not be an accurate representation of market dynamics.

Moving forward, Hulbert points to market expectations of low domestic inflation, which eliminates one catalyst for a major price breakout. The lack of contrarian sentiment also suggests a lack of buy signals flaring off in gold’s immediate future.

With these factors in mind, Hulbert sees a calmer route for the metal after a 2019 that brought prices to six-year highs. The analyst expects gold to round up 2020 with an overall gain of 6.9%.

In 2017, Germany lowered the minimum amount of gold once can purchase anonymously to €15,000, or roughly $16,760. Now, the country’s finance ministry has once again been pressured by European Union lawmakers to place more stringent limitations on individuals’ ability to purchase hard assets without documentation.

Through a bill that is scheduled to take effect on January 10, 2020, Germans will no longer be able to purchase gold in sums larger than €2,000 without first identifying themselves to the seller. The bill is part of wider legislation that ties into AMLD5, the Brussels parliament’s anti-money laundering directive.

With some two weeks left until the bill goes into effect, Germany’s residents are making the most of available time by stocking up on gold. Dan Popescu, a precious metals analyst and consultant, shared a Tweet on Wednesday showing a long line of people in front of a precious metals dealer store. Another Twitter user replied with his own picture illustrating consumer demand, adding that the store’s employees said that the latest gold rush is unlike anything they’ve seen before.

As per Bitcoin News, the pictures are hardly surprising and tie into general skepticism regarding the country’s fiscal policies. Besides added limits on gold purchases, Germans have also expressed their doubts surrounding the various strategies plotted forward by the European Central Bank, including negative yields on government bonds.