Home » Blog » Here’s Why Gold Is King of the Commodities

Here’s Why Gold Is King of the Commodities 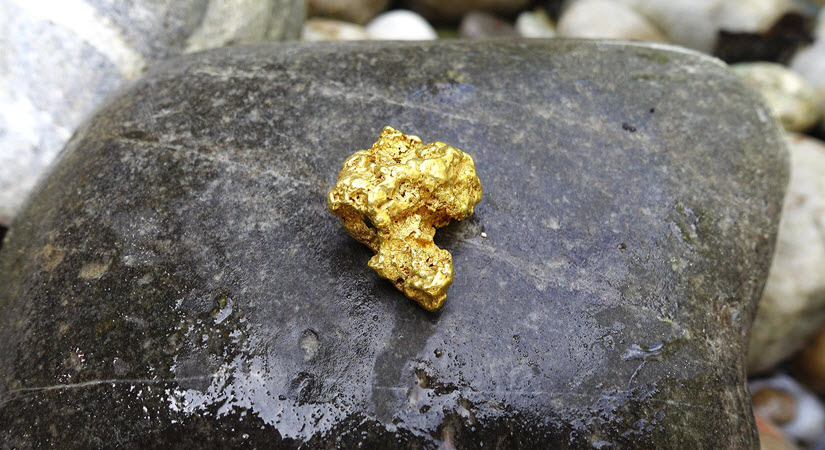 This week, Your News to Know rounds up the latest top stories involving gold and the overall economy. Stories include: Gold as the most effective commodity, analysts optimistic despite outflows from gold funds, and 239 rare gold coins discovered in walls of centuries-old French mansion.

Gold Is King of Commodities Sector

In a recent analysis, the World Gold Council reiterated the view of many experts who believe we are entering a commodities supercycle. Between higher inflation and shortages of basic materials expected for the foreseeable future, it’s not a difficult notion to entertain. And out of the various commodities that could come to greater prominence in the investment sphere, gold is once again emerging as a shoo-in for the top spot.

The analysis goes a step further in asserting gold has all that’s necessary to altogether replace a portfolio’s allocation to commodities because of the sheer number of benefits it brings. Last year was just one example of gold’s ability to outperform any commodity, with only silver coming out ahead. Yet while silver had a volatile year, gold’s peak performance was combined with the lowest volatility of any commodity. Volatility matters for two big, and very different reasons.

First, lower volatility eases the psychological impact of the swings we see up and down in the day-to-day value of our savings. Fewer big moves makes it easier for savers to stick to their financial plans even during times of market upheaval. Loss aversion (we tend to suffer more pain from losses than joy from equivalent gains) can drive individuals to make panicked decisions that can sabotage the painstaking financial plan.

Second, lower volatility reduces the likelihood of needing to sell assets at a time when prices are low. Overall, lower volatility in any portfolio, especially a long-term investment like a retirement savings plan, is a good thing.

Gold shows exceptional resilience in any number of economic situations. These can range from stock market sell-offs to systemic crises that other commodities are vulnerable to. And while it’s well-known that gold is a shield against inflation, being able to perform well during periods of low inflation is further testament to its overall robustness.

And while gold is robust, it’s also exceptionally liquid, especially when contrasted with other commodities. Many would argue that gold’s liquidity comes close to that of cash, whereas other commodities can be difficult to buy, store, manage and sell.

With all this in mind, gold might very well be the only commodity whose role as a store of value, and therefore its role in a portfolio, simply cannot be questioned in any economic circumstance.

Paper gold shuffling; $2,000 by year-end for gold is still viable

This discrepancy is likely due to portfolio managers’ attitudes toward economic conditions are perceived in their regions. Spikes in the U.S. dollar and Treasury yields triggered selling of paper gold, as is so often the case, with a need for liquidity being another major factor.

At the same time, Europe is experiencing the highest rise in inflation in nearly a decade. Likewise, central banks in various regions are cautioning that the economic recovery could lag considerably. It’s a fairly different look from the U.S. expectations that the economy will quickly rebound.

A large part of gold’s headwinds have to do with the planned reduction of central banks’ balance sheets, especially that of the Federal Reserve. However, the recent consensus is that the Federal Reserve isn’t going to make any significant strides in this area over the next two years.

Overall, the report was bullish on gold’s prospects, as the metal continues to trade between a range of $1,790 and $1,830. Some of the main drivers that could set the path for gold to reach $2,000 before the end of the year include weak equities in emerging markets and the ever-growing specter of inflation.

Amid a routine renovation in a centuries-old mansion in Brittany, France in October 2019, three workers stumbled upon a remarkable find. The workers were contracted by the mansion’s current owner, who was on vacation during the time. 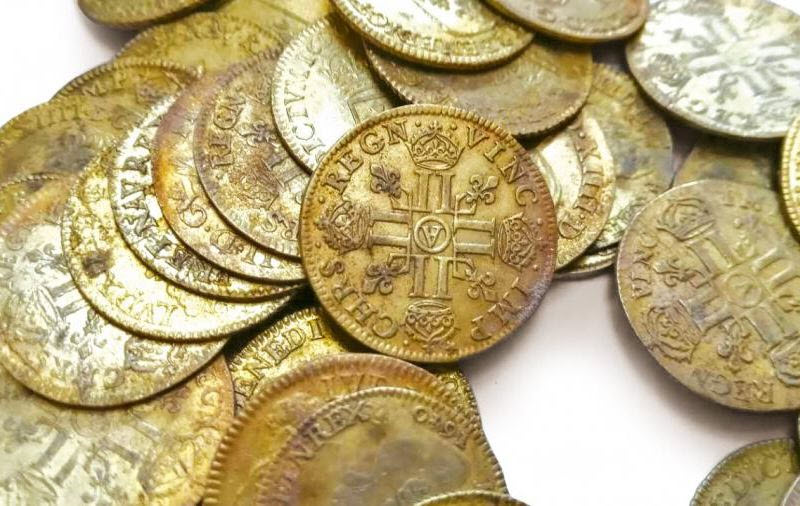 Workers discovered a trove of rare gold coins, pictured here, in the walls of a historic French mansion in 2019. Now, the coins are going up for auction. (Photo from Ivoire Auction House via Smithsonian Magazine)

As the renovations started, the trio soon found a metal box stashed inside one of the mansion’s walls. Three days later, the renovators found yet another stash wrapped in cloth and hidden underneath a piece of wood. Together, the two caches held a total of 239 rare gold coins dating back to 16th and 17th century France.

The coins were sent to archeologists and were determined to have been minted during the reign of contemporary monarchs, Louis XIII and Louis XIV. The archeologists presume that the coins were made as part of a series of monetary reforms by Louis XIV that were undertaken to finance the wars throughout his reign.

So who gets to profit from this windfall? Well, in 2016, France introduced legislation mandating that all finds of historic value must be handed to the state.

However, because the property owners purchased the mansion in 2012, they have the right to auction the coins. In accordance with French laws, the proceeds from the sale will be split between the finders and the property owners in what’s surely a happy ending for all involved.