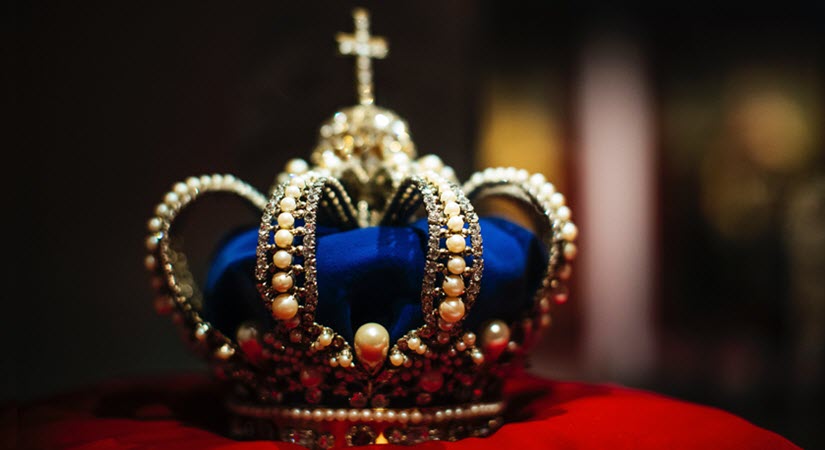 This week, Your News to Know rounds up the latest top stories involving gold and the overall economy. Stories include: Gold is bypassing sanctions, the value of holding gold right now, and Uganda’s suspect gold discovery.

You can’t sanction gold, whether you like it or not

There’s plenty to be said about the sanctions being imposed on Russia by the West. On one hand, it’s an attempt to curb an obviously catastrophic military conflict. On the other, the West itself has begun to suffer the effects of these sanctions due to Europe’s, but also the world’s reliance on Russian oil.

The European Union is meeting to discuss a new round of sanctions, one that will presumably have further negative impacts on both sides. An item being discussed is gold, and inside sources told Routers reporters that Europe could be looking to ban either Russian imports or exports of gold – or maybe both.

We’ve previously discussed how Russia accumulated the massive gold stockpile that it has with good reason (reminder: the world’s 10th largest economy has the world’s sixth-largest gold reserve). While it’s not allowed the nation to operate with impunity, Russia’s gold has fulfilled the fundamental purpose of holding it: a globally-recognized, uninflatable and intrinsically-valuable safe haven asset.

It’s highly unlikely that any forthcoming sanctions are going to affect Russia’s ability to buy and sell gold. Just like Ray Dalio wrote in Principles for Dealing with the Changing World Order, gold is important because:

…no trust—or credit—is required to carry out an exchange. Any transaction can be settled on the spot, even if the buyer and seller are strangers or enemies. There is an old saying that “gold is the only financial asset that isn’t someone else’s liability.” When you receive gold coins from a buyer, you can melt them down and exchange the metal and still receive almost the same value as if you had spent them, unlike a debt asset like paper money, which is a promise to deliver value (which isn’t much of a promise, given how easy it is to print). When countries are at war and there is no trust in their intentions or abilities to pay, they can still pay in gold. So gold (and, to a lesser extent, silver) can be used as both a safe medium of exchange and a safe storehold of wealth. [emphasis added]

The recent report of roughly 3 tons of Russian gold being imported into Switzerland from the U.K. are a perfect example. Switzerland has embraced the sanctions, but there is a clause that any gold bars produced before March 7 can be freely traded. Since Russian gold bars don’t exactly come with a date stamped on them, there’s obviously a lot of wiggle room here.

We’re seeing this behavior from some of the countries who were quickest to jump on the sanctions bandwagon. (Other  pro-Russian or neutral nations presumably never changed their gold transactions.)

Another interesting takeaway from the meeting is that the European Union is planning to fund Ukraine’s reconstruction to the tune of $9.45 billion. Such an effort would doubtlessly contribute to the Eurozone’s economic turmoil, including the ongoing collapse of the European bond market and a rapidly-weakening euro.

Maybe the Ukrainians should insist on taking payment in physical gold?

Baupost Group’s Seth Klarman joined Harvard Business School professor Das Narayandas to discuss gold in the backdrop of the current economic conditions. To Klarman, there is no question that the U.S. faces a bout of stagflation.

The action in the bond market is something to look out for, said Klarman, noting that it has been in a bull market for 35 years. Nonetheless, he is in favor of raising interest rates in a general sense as they remain historically low:

Interest rates are starting to move higher, and they should move higher because they’ve been held artificially low for a long time. I think it’s going to jolt some people, and even the system, when they start to move higher.

On the other hand, everyone is watching to see how this plays out, as Klarman notes that the Federal Reserve is very limited when it comes to courses of action.

The market has priced in five or six increases this year alone. What’s hard to think about is whether the Fed will raise rates into a slowing economy and a melting-down financial market. My guess is they’ll chicken out at some point.

Should the Fed indeed “chicken out at some point,” that would virtually guarantee a stagflationary episode, in my opinion.

While his disinterest in cryptocurrencies is more of a personal affair, Klarman finds the sell-off in stocks a long-time-coming thing. Despite the S&P 500 Index dropping 23% this year and officially entering bear market territory, Klarman says more selling is underway as valuations are still excessive.

Despite what look like headwinds in the form of a stronger dollar and higher interest rates, Klarman sees gold as an appealing investment. In the current environment of broad uncertainty, said Klarman, having an asset of unquestionable value will be of utmost importance. He’s bullish on gold generally as an international form of money whose value is universally recognized.

Have you received an email about gold bullion from an Ugandan prince?

A Reuters report recently announced the discovery of 320,158 tons of gold in Uganda, corroborated by the nation’s officials. That’s incredible news for the mining sector! They’ll tell you that less than 200,000 tons of gold currently exist above ground – and all the easy-to-mine gold has been exploited already. Generally speaking, gold has been getting more difficult to find and to mine.

Except, it seems, in Uganda.

As you might expect, there have been some doubts regarding the veracity of this claim. Somewhat unusually, even the World Gold Council downplayed the news. In the absence of formal declarations of discovery by geologists, the WGC said, global gold supply will remain unaffected. That seems like a particularly polite way of saying, “Show me the money.”

But we have a formal declaration from a representative of the Ugandan Ministry of Energy and Mineral Development. So what gives? Did Uganda really discover ore sufficient to nearly double the amount of gold that exists worldwide?

Interestingly enough, this story came to my attention through an unusual channel: a publication devoted to blockchain and cryptocurrency news. Such a historic discovery would certainly reinforce one argument for bitcoin – after all, its fixed supply can’t be expanded, but gold’s can. The point has always been valid. It will continue to be valid in the future.

So how credible is the Ugandan claim? Let’s see…

Per Reuters, the Ugandan representative said:

an estimated 320,158 tonnes of refined gold could be extracted from the 31 million tonnes of ore.

Compare to the rest of the world, where a discovery of a single ounce of gold (31 grams) per ton is considered a bonanza. Back in 2015, a gold vein at the Fire Creek Mine in Nevada yielded 44 grams per ton and that was enough to give global gold miners chills… On average, a productive underground gold mine yields 6-10 grams of refined gold per ton of ore processed.

So either Uganda has discovered multiple mining sites with veins over 225 times more pure than the best find in recent memory – or (more likely) someone made a mistake on a spreadsheet.

The more pessimistic might believe this is a deliberate misstatement… after all, earlier this year Uganda enacted a new law that created a state-owned mining company that would automatically acquire a 15% stake in every mining operation in the country. With that in mind, it might be worth a few material misstatements or shuffled decimal places for Uganda to attract a wave of international investment dollars from global mining conglomerates…

So how did world markets react to this sudden bounty of imminent supply growth?

Well, gold’s spot price didn’t budge. Seems like the market, like the World Gold Council, isn’t convinced yet. Oh well – we may be stuck with our 200,000 aboveground tons for a while now…