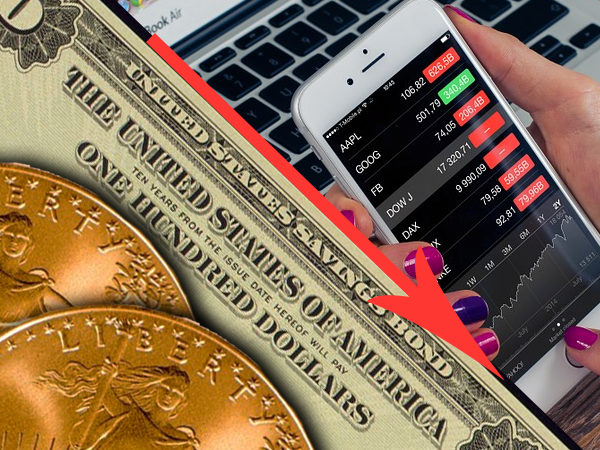 This week, Your News to Know rounds up the top stories involving gold and the overall economy. Stories include: Gold looks good as equities and bonds are overvalued, look to the Japanese yen to know where gold is headed, and why you should own gold and silver.

Gold looks good as equities and bonds are overvalued

Amid overvalued equities struggling to find momentum, one notable money manager suggests that people should scale down on risks and move into gold. Jonathan Gumpel, a director at Brooks Macdonald Asset Management, said in an interview with investment research firm MorningStar that his firm is net short on U.S. equities, focusing on real assets instead.

“With volatility reducing and prices so high, it is probably not the time to take too many risks,” said Gumpel, who compared the current environment of low volatility, high debt levels and over-stretched evaluations to 2007, when the S&P 500 lost more than 57% in a 17-month period. “The selection for us becomes trying to find the least worst investments and to really look for assets that give us a degree of an ‘each way bet.'”

Stating that bonds are also overvalued, Gumpel pointed towards gold – whose winning streak recently extended to five consecutive months – as a prudent investment. Calling it an inflation-protected asset, Gumpel added that the metal could do well in an environment where a weaker U.S. economy drags down equity prices.

Want to know where gold is headed? Keep an eye on the Japanese Yen

While investors have focused on gold’s inverse correlation with the dollar throughout the years, it may be time to focus on the yellow metal’s movement alongside the Japanese yen instead. John Goldsmith, deputy head of equity at Montrusco Bolton, pointed out in a recent internal research note that, in recent years, the yen has tracked gold more closely than any other major currency.

This is exemplified by the U.S. dollar’s traditionally-inverse relationship with gold becoming less apparent. Scotiabank’s chief currency strategist Shaun Osborne notes that this is in part because, over the past year, gold has been supported more by geopolitics and less by inflation.

“The yen is viewed as a liquid safe-haven alongside gold,” said Osborne. “The U.S. dollar gets less of a bump in times of uncertainty because much of that geo-political concern is U.S.-centric, especially since November.”

Marc Chandler, senior vice president of foreign exchange at Brown Brothers Harriman, also suggested that both the yen and gold are correlated with U.S. 10-year treasuries. “What if the reason they’re correlated is because they’re both correlated to a third thing, which is lower U.S. yields?” said Chandler of the yen’s relationship with gold, which has risen almost 10% this year.

Why gold and silver?

Bob Livingston recently examined the neglected purpose of gold and silver in the average person’s life. Livingston says that the people have forgotten that gold is money, and not government-created currency – as he calls it, a “scam” perpetrated by the government.

He explains that politicians only like gold when they have it – the government can create an infinite amount of fiat currency, but not even an ounce of gold, which is why the metal continues to thrive after countless crashes in the economy and changes from within Washington. Those who own gold aren’t keen on placing their material well-being in the hands of politicians and choose to use a system that’s independent of the government.

To drive his point further, Livingston retells a story told to him by a friend who processed Vietnamese refugees coming to America after the war ended. Fleeing Vietnam with what they could carry, some refugees emptied their bank accounts and filled their suitcases with the South Vietnamese currency, the dong, only to realize too late that their paper money was worthless.

Others, who had their savings converted to gold and silver, retained their wealth when they came to America. Livingston notes that gold and silver serve multiple purposes: a storage of wealth, an emergency measure and a way to pass on your assets to future generations without fear of erosion.