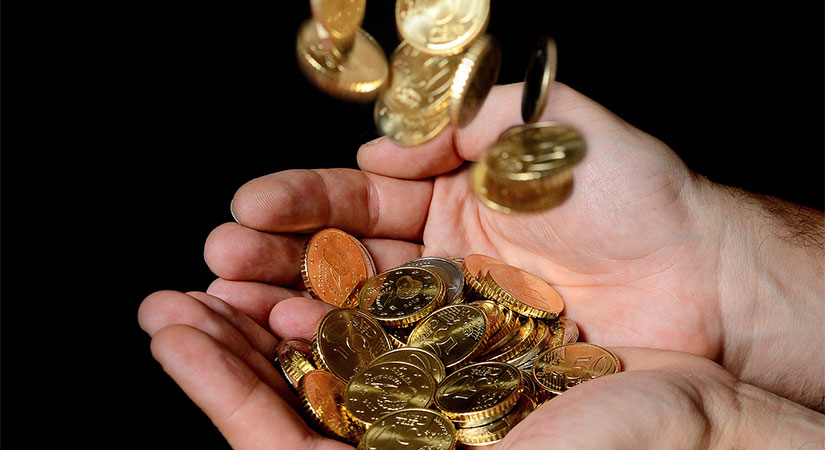 Photo by Raining Gold on Dreamstime.com

This week, Your News to Know rounds up the latest top stories involving gold and the overall economy. Stories include: What banks expect in 2023, what pundits expect in 2023, and is platinum making a comeback?

Many who follow high-profile private sector forecasts have seen Saxo Bank list gold as a possible black swan beneficiary in 2023. Should circumstances meet their expectations, says the bank, gold could soar to $3,000 this year. (Now, this article attempting to debunk this price range still forecasts a gold price rise of 20-30% range, to $2,200-$2,400). Still a large increase that obviously tells us gold has room to go.

Juerg Kiener, managing director and chief investment officer of Swiss Asia Capital, recently made headlines with his forecast of $4,000 gold this year.

Large firms such as Blackrock haven’t spent too much time focusing on gold, instead releasing overviews of what the global market will look like in the year overall. The consensus seems to be one of limited rations: inflation with a familiarly permanent but more damaging effect, economic stagnation and market crashes. Stocks, bonds, crypto and currencies: the dominoes keep falling, leaving many market-watchers asking, “Who’s next?”

The World Gold Council is one of many voices asking: is the Federal Reserve’s tightening going to cause sufficient economic damage to require a reversal, the much-hoped-for Fed pivot? (Surely, such things are beyond present knowledge, among Rumsfeld’s famous “unknown unknowns.”)

Bank of America, for example, sees a path for gold to $2,000 sometime this year.

The firm BCA also has a recent forecast, saying that gold will rise to $1,900 in the coming year. And that’s just about the most pessimistic take I could find.

Gold ended an otherwise dull year by surging from $1,650 to $1,820 rather abruptly. Will 2023 include another rapid rise in price? A slow, steady climb? About the only consensus from the forecasts I saw was that gold will rise in price. The overall bullishness of these forecasts varies, but not the result.

Given the economic backdrop, it seems not many experts are expecting things to remain uneventful for gold by any stretch of the imagination.

Experts forecast gold prices in the year ahead

Gold’s famous die-hard fans are never more than an arm’s reach away. Banks are willing to go from bullish to bearish on the metal depending on what the economy looks like in general. For many banks, gold is just another commodity, and their gold price targets have exactly the same enthusiasm as their forecasts for crude oil, nickel and fertilizer prices (in other words: none).

Not the case with gold bugs. They support the metal during disappointing price stretches just as much as during its historic runs.

That’s not to say everyone on this list is a gold bug of such variety, but more extreme opinions are common. Doug Casey says his general bullishness on gold has intensified as more and more political and economic factors come into play. To summarize Casey’s outlook:

Casey is in turn being quoted by Peter Schiff, who urges anyone skeptical on gold to check macroeconomics. Persistent inflation and economic weakness appear to be the norm going forward:

We’re going to be living in a high-inflation environment for the foreseeable future. Rates are not going back down to zero, but they’re still going to be negative in real terms.

Macroeconomics tells us that the destruction of the dollar’s purchasing power (or “inflation”) inevitably pushes gold’s price higher – and that inflation expectations tend to do the same.

Gary Wagner, editor of TheGoldForecast, shares doubts that the Federal Reserve will get anywhere near its supposed 2% target. (As I wrote a few days ago, history agrees with him.) Wagner sees $2,000 as the next milestone before a new all-time high between $2,250-$2,400.

For whatever reasons, pundits are far more elaborate when it comes to the motivations behind their forecasts. Wagner says that interest rate hikes only serve to make the sovereign interest even less payable. The Fed finds itself in an environment where nothing familiar can save it. I’ve covered this extensively over the last couple of years. There’s too much debt (and more on the way!) to keep raising interest rates, and there’s too much inflation to keep rates low. When it comes time to decide where to bankrupt American families or the U.S. itself, which side do you expect the Fed to choose?

Everyone wants their own currency these days, and Richard Mills wonders if the BRICS aren’t going to come out with a joint fiat. They might hope that an alliance could expedite what they see as a takeover of the global financial system. Almost needless to say, there is an inherent implication that this new currency would be gold backed.

The unofficial private sector is no different: every gold pundit appears willing to call 2023 a year to watch out for. Gold’s success of the previous few years mostly came as a surprise to many!

I’ve said it before and I’ll say it again: I can’t tell the future. None of us can. The best we can do is look to the past, hope for the best and prepare for anything.

Believe it or not, platinum is alive and kicking

Platinum’s underperfomance compared to the other precious metals is, by now, almost legendary. But quietly, in the background, platinum hasn’t been quite as sleepy as it seems. A spike in platinum prices wouldn’t surprise anyone who’s paying attention. The metal, once valued more than gold, suffered a huge downfall amid changes in auto industry regulations over the last fifteen years.

Palladium has taken all the glory, and there is a growing expert opinion that platinum is ready to play some much-needed catch-up. Last week’s action probably wasn’t that, but it was something. Platinum’s rise to $1,086 on Friday was a 2% intraday raise and a 26% quarterly price surge.

The World Platinum Council has assembled some thoughts on the metal relative to the global economy. It says the metal’s fundamentals are more than sound, with supply growing by 2% and demand by 19%. Platinum’s rarity compared to either gold or palladium is not exactly a trade secret, so any fundamental price movements have to be bullish.

Despite an ever-flimsy economy due to a government policy supposedly coming to an end, China remains relevant on the global stage. The Council said their purchases of platinum bullion might have powered the gains and the general increase in demand relative to supply.

A common theme among many of the gold forecasts was a comparison to the 2007-2008 period to find a technical picture similarly bullish for gold. In the case of platinum, we would have to go back as far as Q1 2008 to find a competitor for the biggest quarterly gain.

There is little question that China is sitting on a lot of metal, economics be damned. A commodities-backed currency of some kind that is more widely accepted than Russia’s oil thing is almost foregone. It’s one of many things making the precious metals market seem large relative to life as we head into what is probably going to be another breaking year.

In particular, it is found the gold, silver, platinum, and palladium, all serve as safe-haven assets during periods of market distress across short, medium and long investment horizons.

In addition to gold, Birch Gold Group also sells the other IRA-approved precious metals: silver, platinum and palladium. We can help you diversify your savings with all four precious metals – learn more here.