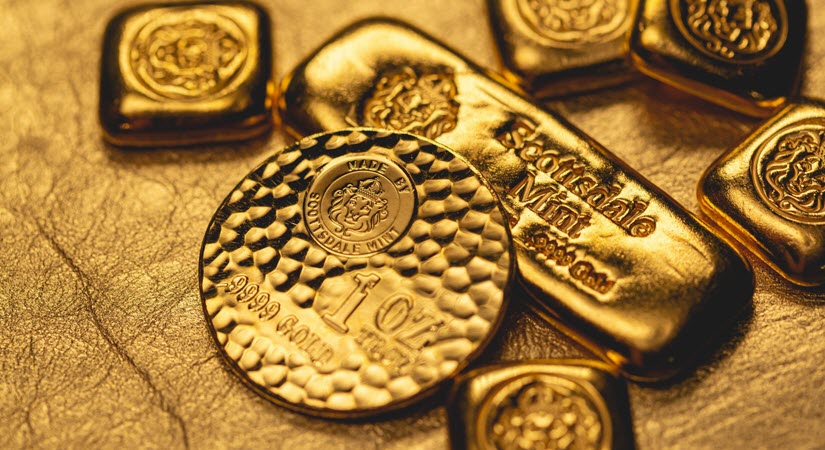 This week, Your News to Know rounds up the latest top stories involving gold and the overall economy. Stories include: How and when gold will take inflation’s cue, Venezuela’s forced adoption of a “gold standard,” and engineers are looking to utilize gold to store more than just monetary wealth.

Gold’s lack of reaction to inflation is normal, and unlikely to persist

Some gold bugs might be wondering why gold is seeing little price action when inflation is talked about day after day. Forbes contributor Clem Chambers expects that both the U.S. and Europe will debase their money by a minimum of 50% over the next 3-5 years. It’s an especially interesting forecast given the prevalent strength of the euro and an inflation sentiment that seems to be localized to the dollar.

Why, then, is gold staying dormant?

Odd as it might seem, Chambers notes that this is neither unexpected nor unprecedented. We all know that gold had quite a run between 1971 and 1980, in no small part due to the stagflationary conditions in the U.S. And while gold does indeed follow inflation, it doesn’t do so on a week-to-week basis.

There are times during lengthy periods of inflation where gold underperforms. But it still starts off strong and finishes off where only true believers expected it to. Both 1974 and 1975 are examples where inflation soared but gold fell; only to continue moving upwards. It is a testament to both gold’s long-term reliability and the often-curious nature of the markets.

As Chambers points out, market participants seem to be changing their mind on what they’d like to invest in on a weekly basis. Chambers calls it assets taking their turn for vertical moves, and gold’s turn is yet to come. Of course, when it does come, it’s probably going to be much more pronounced than that of other assets given its base role as a shield against inflation.

For his part, Chambers finds it a straightforward choice to be loaded up on gold heading into what looks like years of high inflation, regardless of how gold’s price changes on a weekly basis. He reminds us that gold is a long-term investment, and that over-focusing on short-term price movements risks letting the trees distract us from the forest.

Venezuelans turn to physical gold as a medium of exchange

Cryptocurrencies have sometimes been mentioned as a solution, or perhaps more aptly a temporary fix, for Venezuela’s bolivar crisis. Yet cryptocurrencies in this context highlight the underlying issue with anything digital: centralization in some form or another. And in a country whose oppressive government stands out even in the world we are currently living in, residents cannot rely on anything requiring an intermediary, or even electricity.

Saying Venezuela’s in an economic crisis is a bit of an understatement. Per Bloomberg:

After years of meddling in the economy by Nicolas Maduro’s socialist regime, the bolivar has been rendered almost worthless by hyperinflation. (Maduro just lopped another six zeroes off it this month.)

It should then come as no surprise that Venezuelans are turning to physical gold as a method of conducting daily business. Businesses of all kinds in southeastern Venezuela, from restaurants to hotels, are publishing their prices in grams of gold. (Approximately 31 grams make up a troy ounce, the standard measure of gold content in all precious metals products.)

At the barber shop, even getting a shave is priced in gold: An eighth of a gram amounts to $7.25 at today’s prices.

This method of barter might sound medieval, but as all things bullion, it works quite well. The customer pays, and the business owner accepts. Depending on which country the region borders with, different Venezuelan regions have taken to using the fiat currencies of neighboring nations. Yet gold remains the most widely-accepted medium of exchange.

Although the Bloomberg article highlights the phenomenon in Venezuela’s southeast, one is hard-pressed to imagine any business owner refusing gold in favor of currency. The same applies to any country in the world.

Part of the reason why gold-as-money has taken off in the southeast is because that’s where Venezuela’s gold mines are. Even with Maduro’s government intent on controlling all the ore mined there by any means necessary (with frequent shootouts as a result), many desperate citizens are still flocking to the southeast. It’s Venezuela’s own version of a gold rush. Small mines pay workers in gold nuggets, which are then broken into smaller pieces and wrapped in bolivar bills (one of the few remaining uses for the national currency).

Our hearts go out to the individuals suffering under the heel of the despotic Maduro government and their terrible economic situation. Meanwhile, if Venezuela is indeed condemned to the status of a failing economic experiment, perhaps we can at least be reminded by the nation’s suffering where true monetary value lies.

All data storage has its faults. Paper, for example, isn’t centralized or keyword-searchable, and isn’t accessible to everyone. A single fire or flood can wash away priceless knowledge. On the other extreme, we have digital online storage. It does a great job of fixing the faults of most other forms of storage, but it also introduces its own. It’s centralized and indexed, but, much more problematically, subject to alteration.

Totenpass, a New York tech company, seems to have come up with a novel way of storage that doesn’t share these faults. Storing data on gold isn’t an entirely new idea, but gold’s priciness and technological limitations haven’t given much room for exploration. Totenpass is looking to make the most of high-tech innovations with the kind of natural utility that’s hard to beat.

It’s currently selling two gold drives, one that can store roughly 1 GB of data for $50 and a 2 GB one for $75, both around the size of a modern phone. Lasers etch data onto the drive’s surface, with simple magnification sufficient to access it. While it’s not ideal for storing massive amounts of data, the company says its primary customers are those aiming to store important data, ranging from text to photographs, in a uniquely durable way.

“Although this paradigm has proved to be increasingly practical and convenient, we have sacrificed something of our autonomy and control over our precious information,” said Totenpass CEO Roy Sebag of the growing popularity of digital data storage. “You can now exit the Internet paradigm by storing your most precious information offline on indestructible gold, which you can hold in your hand, rather than on decaying hard drives or on third-party servers.”

Perhaps, in the near future, contracts will be stored on gold?