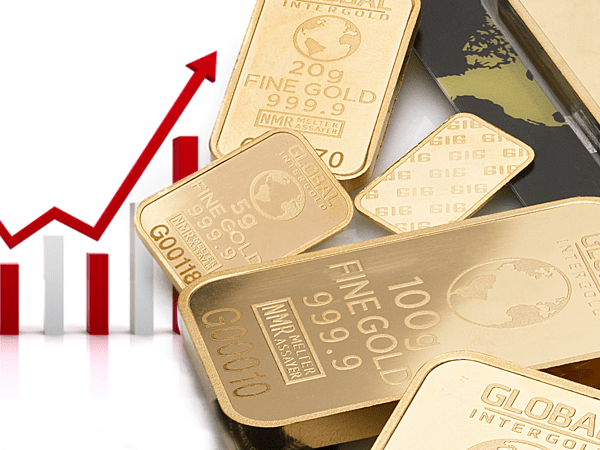 This week, Your News to Know rounds up the latest stories involving gold and the overall economy. Stories include: Can gold keep moving higher in 2018, hedge funds start the year by piling into gold and silver, and 10 reasons why you should add gold to your holdings.

Gold extended its winning performances as 2017 came to a close, once again breaching the $1,300 level to start the new year on a positive note. With last year’s gains rounding up to roughly 12%, Motley Fool’s Dan Caplinger examines whether the metal can continue its ascent in 2018.

Among the most positive takeaways is that the difficult conditions some forecasted for gold in 2017 were largely absent. The market continues to face some uncertainty in the new year, and any one of a multitude of factors could serve as the catalyst for further price gains. Tensions which helped gold rise last year, such as those involving the Trump administration’s stance on North Korea and the Middle East, look to pour over into the new year, with President Trump’s foreign policy remaining unclear.

The Federal Reserve may have hiked rates three times last year with promises of applying a similar policy in the coming years, but central banks around the world hardly followed suit. In order for U.S. interest rate hikes to negatively impact gold, other central banks would have to abandon the loose monetary policy many of them had in 2017. The article states that, should last year’s trend continue, along with further losses for the dollar, foreign investors will have more room to invest in gold, bringing the worldwide gold price higher.

Inflationary pressures in the U.S. economy, such as rising wages in response to low unemployment figures, could be another source for gold to draw gains from. In such an environment, investors are expected to turn to the yellow metal in order to avoid the devaluation that currencies are subjected to.

Predictions for gold in 2018 are largely positive, with few analysts expecting a dip below $1,300. Of the various forecasts listed so far, ABC Bullion’s is the most positive, as the firm expects gold to reach $1,400 an ounce in 2018.

Hedge funds start the year by piling into gold and silver

As seen on Kitco, the Commitments of Traders report for the week ending January 2 saw hedge funds make a major move towards gold and silver. Gold rose more than 2% while money managers increased their long positions in Comex gold futures by 40,708 contracts, bringing gold’s net length to 148,174 contracts. Commerzbank’s analysts noted that net long positions have nearly doubled in the last three weeks.

Market watchers agree that the dollar’s decline continues to influence market sentiment, coupled with a lack of optimism regarding the Trump tax plan and its ability to stimulate inflation.

Should the Fed find its interest-raising prospects limited by low inflation, gold will look even more appealing due to a lower opportunity cost associated with holding it, said Bart Melek, head of commodity strategy at TD Securities.

Silver also enjoyed sizeable gains along with a slicing of short positions by money managers. As the metal rose 3.6% during the survey period, short positions fell by 17,169 contracts while long positions rose by 5,821, bringing the total net length to 15,803 contracts.

Gold and silver both broke their key resistance levels of $1,300 and $17, respectively, in the week of the survey.

10 reasons why you should add gold to your holdings

In a recent article on Forbes, Frank Holmes outlined 10 reasons why investors will want to own gold in 2018, via ZeroHedge. Holmes’ starting point is a poignant, but oft-overlooked one: since 2000, gold has beaten the S&P 500 Index by a wide margin. In that time, the stock market has also experienced two 40% corrections.

Making gold even more appealing compared to stocks is the gold-to-S&P 500 ratio, which finds itself at its lowest point in the last decade. A reversion could occur either by an appreciation of the gold price or a plunge in the stock index, either of which would make buying gold at current prices a rare opportunity.

Compared to past bull runs in gold, the current one appears to be just starting out, a notion supported by difficulties in the mining sector. With smaller exploration budgets, less and less deposits uncovered and more time between discovery and day one of production, it’s possible the scarce metal could be getting even more scarce.

Economic data also suggests that gold is poised to extend its gains. The metal has historically moved along with global debt, and the ever-expanding U.S. debt, which sits at $217 trillion as of Q1 2017, is just one example of unfunded spending and piled-up interest which could propel gold higher.

It’s no secret that the Fed wants to unwind its $4.5 trillion balance sheet, aggravated by mass buying of bonds and mortgage-backed securities after the Great Recession. Holmes points to the large amount of risk involved, as five out of six balance-sheet reductions between 1921 and 2000 ended in a recession.

The Fed could also complicate things with its rate hike cycles, as Incrementum research shows that only three hike cycles in the past 100 years didn’t end in a recession. There’s also the issue of negative yields, with trillions of dollars of global bonds guaranteed to lose money. Central bank efforts to spur consumer spending with negative yields resulted in people taking their money out of bonds and into gold. Germany, which became the world’s biggest gold investor by 2016, is a notable case of this.

Holmes ends the note by pointing to holiday spending on gold coming primarily from India and China as highly supportive of gold prices. As is traditionally the case, gold investors should expect a strong start to the year as Chinese New Year approaches, followed by a massive surge in buying in late October and early November due to the Indian Diwali holiday, and a peak towards the end of the year during the Indian wedding season.